Wanindu Hasaranga did his best but could not prevent Sri Lanka from losing the T20I series to Australia.

For the second time in as many days, Sri Lanka produced a disappointing batting showing in Colombo, following up 128 all out in the first game with 124-9 on Wednesday.

Charith Asalanka (39) again impressed with the bat but the Australia attack fired without the injured Mitchell Starc, as his replacement Jhye Richardson and namesake Kane Richardson accounted for seven wickets.

Australia stuttered to 64-4 in reply but were still in cruise control even when Marcus Stoinis departed to leave them 80-5 in the ninth over.

However, Hasaranga gave them hope with his final over, removing Glenn Maxwell and Ashton Agar in successive deliveries before narrowly missing out on a hat-trick.

But Matthew Wade kept his composure, scoring an unbeaten 26 to steer Australia over the line and secure an unassailable 2-0 lead in the three-match series with a three-wicket win.

Starc suffered a hand injury in Australia's 10-wicket win on Tuesday but his absence mattered not thanks to the efforts of Kane and Jhye Richardson. 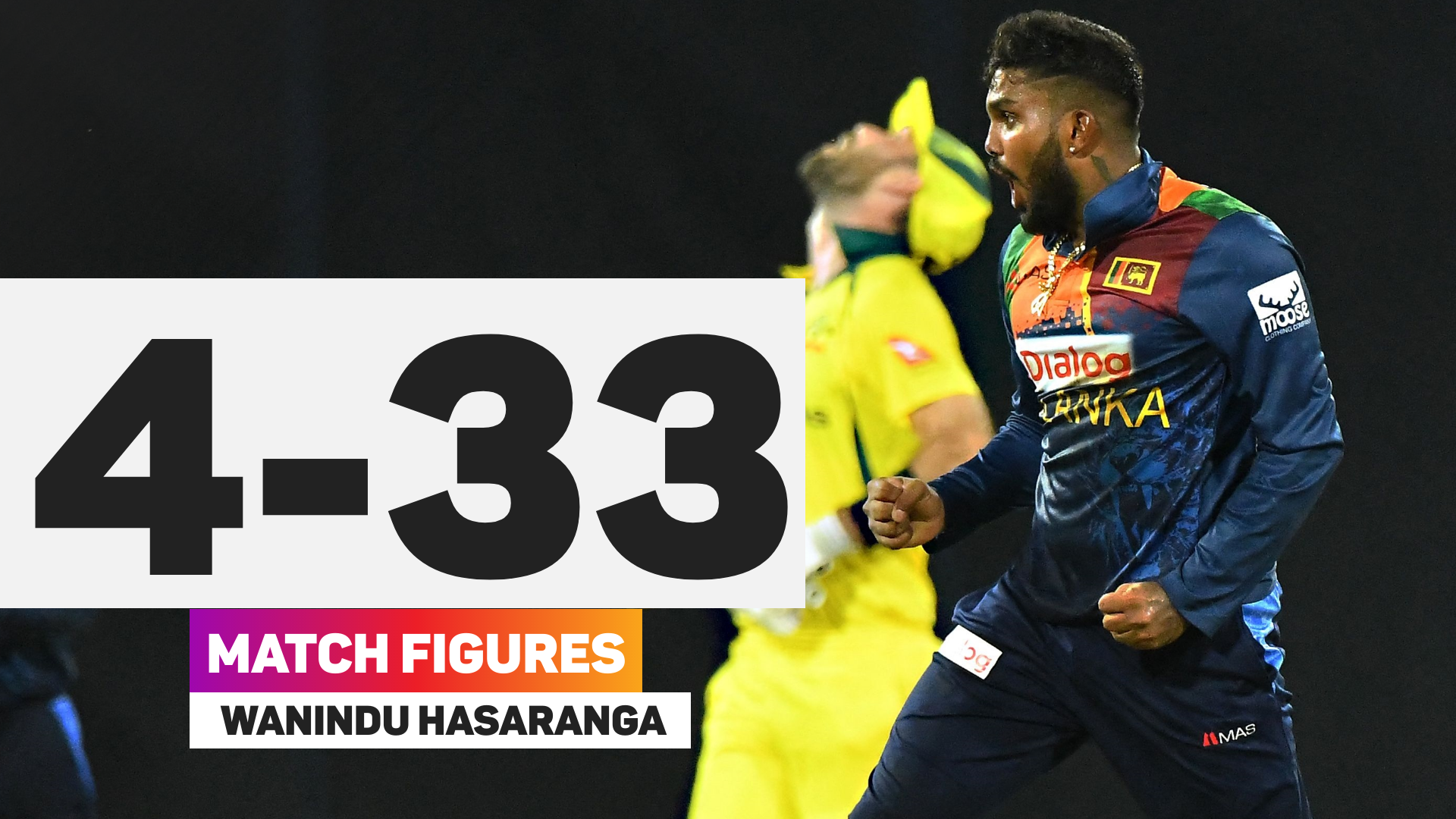 Hasaranga was 0-27 for his two overs in the first game but bounced back in style with 4-33.

He looked to be turning the game in Sri Lanka's favour in the 12th over, deceiving Maxwell (19) with a googly and then bowling Agar through the gate. Hasaranga came agonisingly close to drawing an outside edge from Jhye Richardson, who denied him a hat-trick.

England endured another poor Six Nations campaign, but George Gregan believes under-fire Eddie Jones has the backing of his squad.

Jos Buttler had the backing of Eoin Morgan as a captaincy candidate, and his England white-ball appointment was confirmed on Thursday.

Bumrah to captain India against England as Rohit absence confirmed

Rohit Sharma has failed to recover from COVID-19 ahead of India's fifth Test with England, meaning Jasprit Bumrah will captain the tourists.

Australia have a lead of 101 with two wickets remaining in their first innings in the opening Test in Galle.

Nathan Lyon's five-wicket haul was the highlight for Australia against Sri Lanka but a poor final hour showed their jitters.