World number three Zverev was defeated by Medvedev in the group stage, but the German prevailed 6-4 6-4 in the final for his tour-best sixth trophy of the year.

The 24-year-old fired eight aces on his way to a deserved win over Medvedev, secured in just an hour and 15 minutes.

"It was great," Zverev said in his on-court interview. "I won the Finals, with a win in the final against someone I had lost [against] five times in a row, so I had to play one of my best matches.

"I am happy about that and happy to go on holiday with this win." 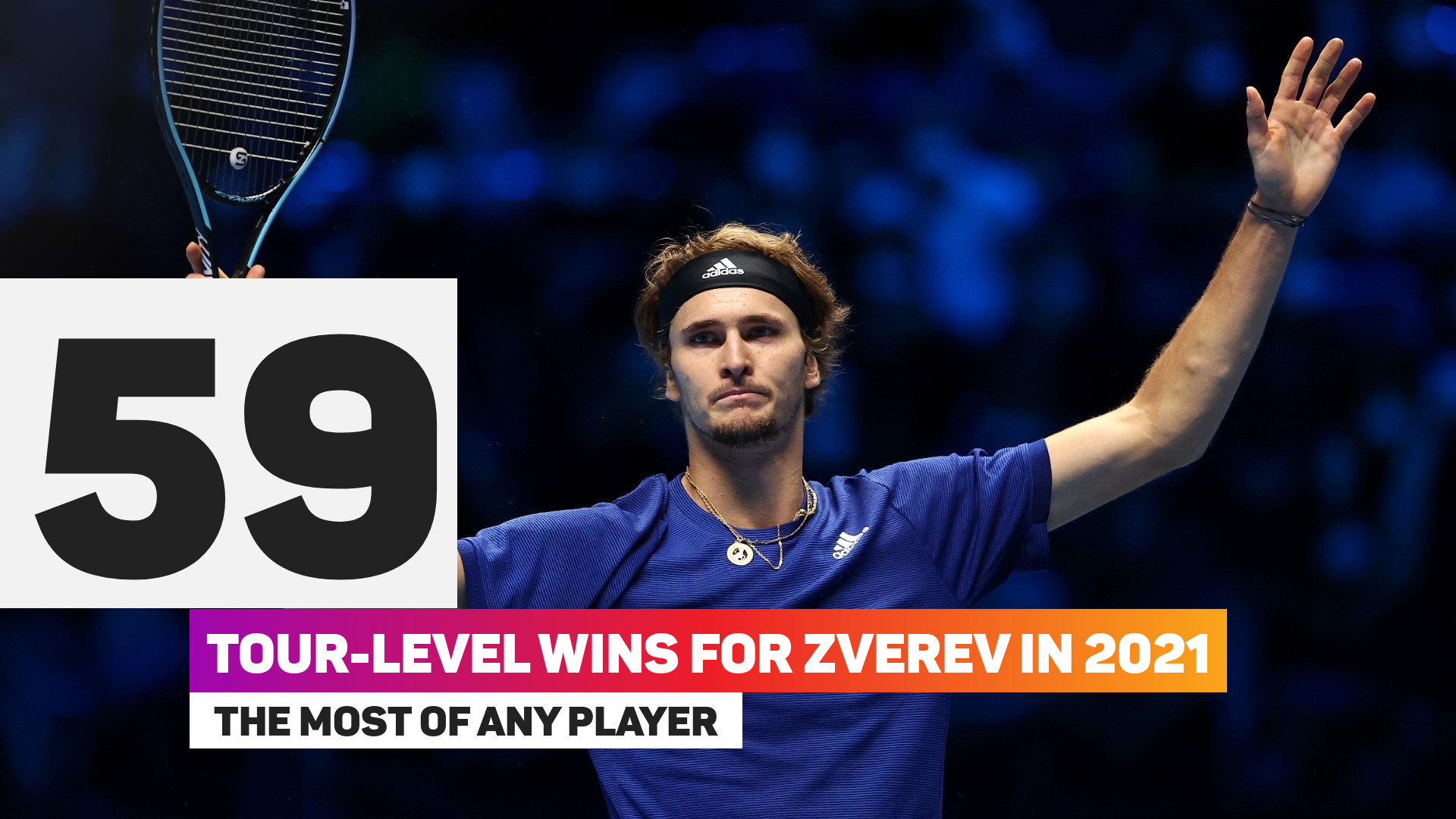 Building on his semi-final victory over Novak Djokovic, Zverev made a strong start in Turin and broke his opponent in the third game.

Medvedev was unable to hit back as Zverev dominated behind his first serve to see out the first set.

The Russian's hopes of becoming the first repeat champion since Djokovic's four in a row between 2012 and 2015 were further dented when losing serve in the opening game of the second set.

Putting his powerful game to good use, Zverev only improved as the contest went on at the Pala Alpitour venue as he saw the job through with his first match point to cap the year in style.

Zverev had lost his previous five meetings with Medvedev, as he pointed out, but he bettered his opponent in every department on his way to becoming just the fourth player in ATP Finals history to earn semi-final and final wins over the world's top-two players.

His 59 tour-level wins in 2021 is the most of any player, fittingly overtaking Medvedev on that list with this statement victory.

Novak Djokovic reflected on his season, which came to an end at the hands of Alexander Zverev on Saturday.

Alexander Zverev will meet Daniil Medvedev in Sunday's ATP Finals decider after the German beat Novak Djokovic in their semi-final.

Reigning champion Daniil Medvedev is one win away from becoming the 10th player to win the ATP Finals on multiple occasions.

Novak Djokovic has refused to confirm his vaccination status, but he must show proof in order to compete at the Australian Open in January.

Daniil Medvedev is up next for Casper Ruud after his battling win over another Russian, Andrey Rublev, in Turin.