Pakistan fast bowler Afridi took 78 wickets in 36 internationals at an average of 22.20, including a career-best of 6-51 against West Indies in August.

It was during Pakistan's run to the semi-finals of the ICC Men's T20 World Cup that the 21-year-old particularly impressed, taking seven wickets in six matches.

While Root missed out on that accolade, he was voted the top Test cricketer for 2021.

Root scored 1,708 runs in 15 matches, including two double centuries and a further four tons, in what was otherwise a disappointing year for England.

"I am incredibly proud to receive this award," Root said.

"I am very humbled to be in the same breath as a number of wonderful players around the world and it means a huge amount to have got this award." 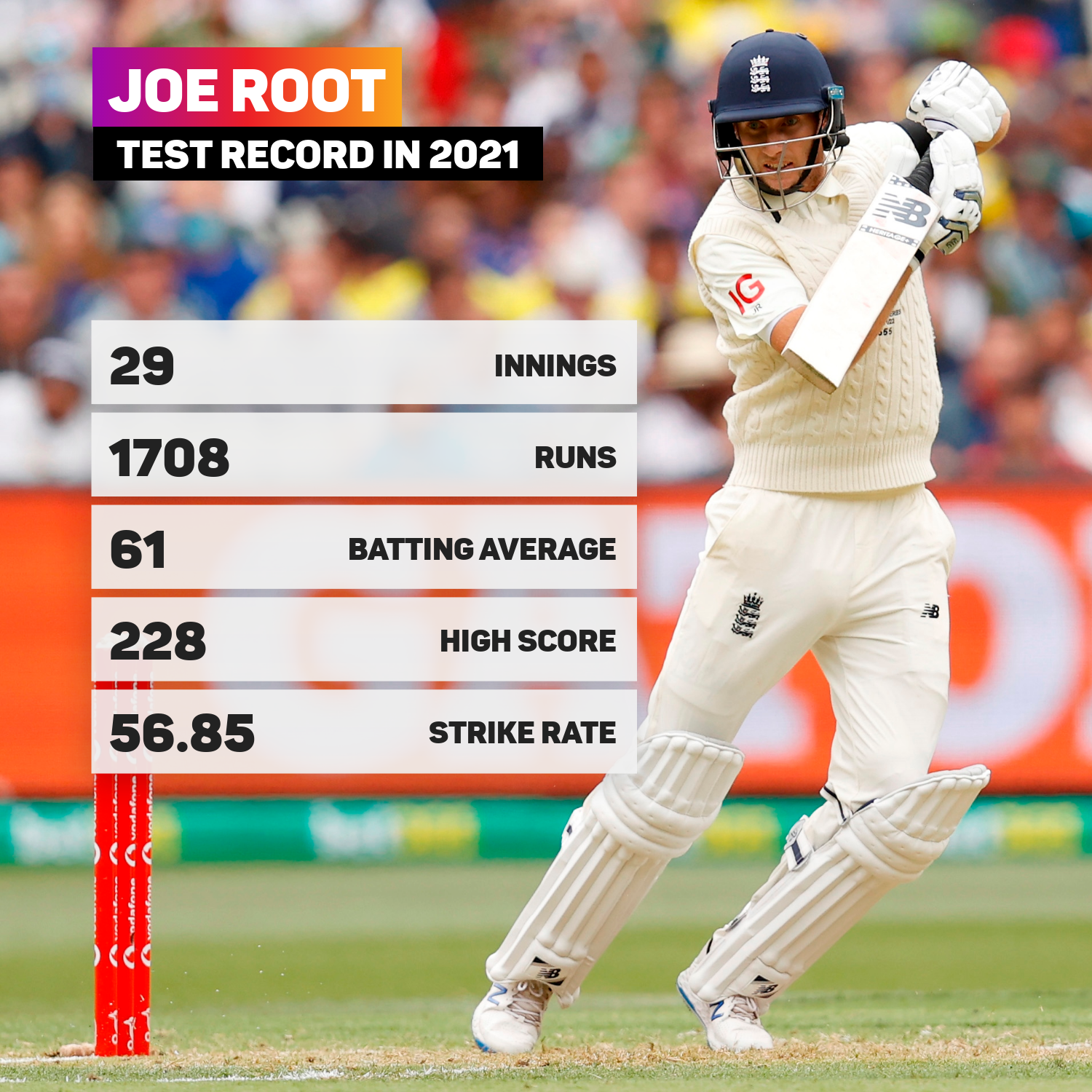 Root scored more than three times as many runs as any of his team-mates last year, with Rory Burns (530) and Jonny Bairstow (391) next on the list.

He is only the second Englishman to claim the accolade after Alastair Cook in 2011.

The award had been won by an Australian player on five of the last seven occasions it has been handed out, with Pat Cummins the most recent winner in 2019.

Elsewhere, Afridi's team-mate Babar Azam was named ICC ODI Cricketer of the Year on Monday after scoring 405 runs in six games at an average of 67.50.

And fellow Pakistan star Rizwan was crowned men's T20I Cricketer of the Year on Sunday, with England's Tammy Beaumont claiming the women's equivalent.

Rizwan, Babar and Afridi were also included in the ICC T20I Team of 2021, alongside the likes of Jos Butler, Mitchell Marsh and Josh Hazlewood.

Sizzling spells, sheer display of pace and swing and some magical moments

Shaheen Afridi was unstoppable in 2021

ICC Teams of the Year

Royal Challengers Banglore will be playing in the IPL play-offs after Delhi Capitals failed to beat Mumbai Indians on Saturday.

Jordan Pickford has been in excellent form as Everton have steered away from relegation, while Aaron Ramsdale and Arsenal have wobbled.

Cafu: If Brazil don't win the World Cup it will be a failure

Five-time World Cup winners Brazil are tipped by many as favourites in Qatar, and Cafu has called on his country to deliver success.

Liverpool star Trent Alexander-Arnold has come in for significant praise from one of the world's most revered right-backs: Cafu.

Moeen Ali delivered a brutal 93 but it was Ravichandran Ashwin who saw his side to victory with late heroics for the Royals against CSK.

Having relinquished the captaincy before retaking the role this season, MS Dhoni has promised another season with CSK in the IPL.

Having struggled for much of the IPL season, Virat Kohli ensured RCB remain in playoff contention with victory over Gujarat Titans.