A decorated final day in the pool and Xander Schauffele's golfing gold saw the United States leapfrog hosts Japan and go second in the Tokyo Olympics medal table behind China.

Caeleb Dressel took his gold haul to five with victory thanks to victory in the 50 metres freestyle before swimming the butterfly leg as the USA broke the world record in the men's 4x100m medley.

In open water, there was further Australian success as Matt Wearn won the men's one-person laser event, while Logan Martin's victory in the inaugural BMX freestyle means his country are up to fourth in the medal table.

That's a place above the Russian Olympic Committee, who were guaranteed gold as Anastasia Pavlyuchenkova and Andrey Rublev overcame team-mates Elena Vesnina and Aslan Karatsev in the tennis mixed doubles gold medal match.

The big story of Sunday came late on at the Olympic Stadium as Marcell Jacobs stunned the competition to win the men's 100m in a European record time of 9:80, a few moments after fellow Italian Gianmarco Tamberi earned a share of gold in the men's high jump.

That doubled Italy's overall golds to four and they are ninth overall, behind fellow European heavyweights France and Great Britain in seventh and sixth respectively. 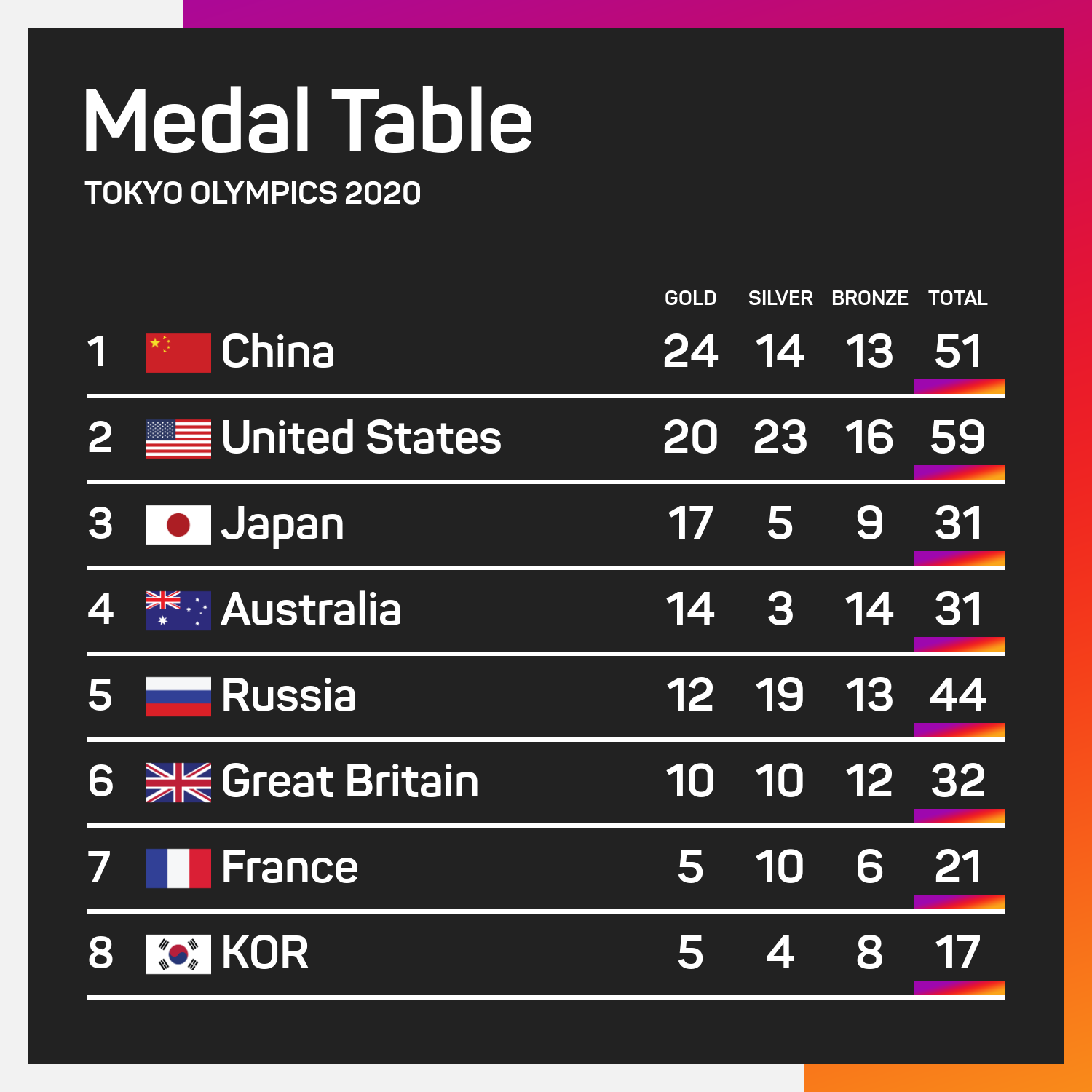 The Badminton Association of Malaysia (BAM) revealed they had gone to the extent of offering Goh Jin Wei overseas expertise to treat her prolonged stomach ailment, but the national women’s singles shuttler just could not continue playing professionally.

Fikayo Tomori was asked about former club Chelsea after joining Milan from the European champions on a permanent deal at the end of 2020-21.