England and Ukraine meet in Rome on Saturday, with Gareth Southgate's solid defence giving the Three Lions a great bedrock.

History and odds will be stacked against Ukraine in their first ever European Championship quarter-final against England on Saturday.

The Three Lions have only lost one of their previous seven meetings with Ukraine, who never scored more than once in any of those matches.

That does not bode well when you consider England are yet to even concede once at Euro 2020, having become only the third side in Euros history to keep clean sheets in all of their first four games of a tournament.

If England do shut Ukraine out, they will match the record set by Italy at the 1990 World Cup of five successive clean sheets from the start of the competition. 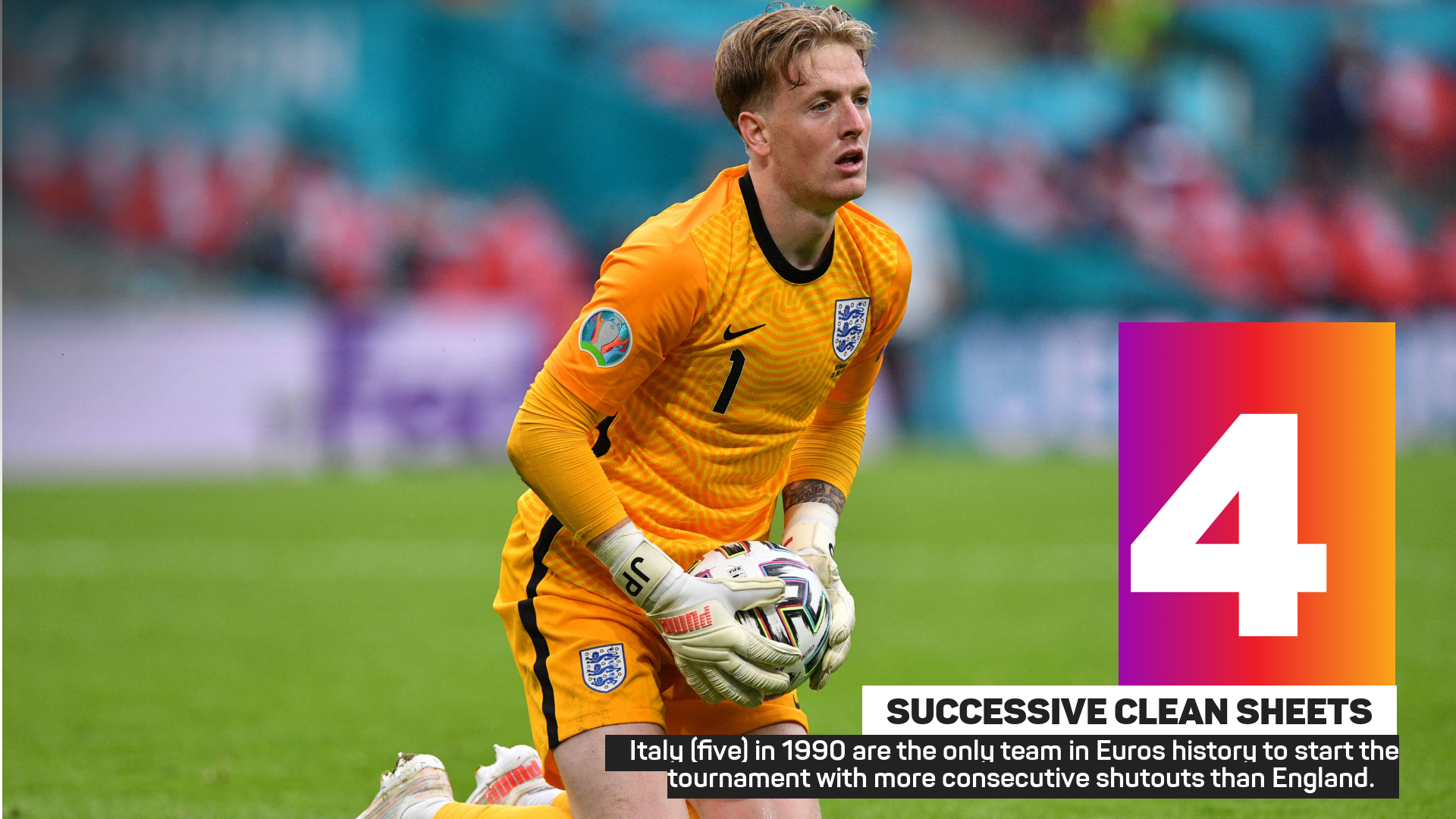 While England fans may already be mentally preparing themselves for a second successive major tournament semi-final, Gareth Southgate acknowledged the Three Lions will arguably be out of their comfort zone for the first time in Euro 2020 as they travel to Rome.

"We've got to go away from Wembley, into a potentially quite hot climate, hardly any England fans in the stadium, and maybe a not particularly full crowd full stop," he said.

"And then there is this perception that all we've got to do is turn up, and we are on our way. We're very clear now that the total focus is on Saturday. We have to prepare the game in the right way, and our mentality is critical."

'The bigger they are, the harder they fall,' Ukraine will be telling themselves.

The performances of Ukraine goalkeeper Bushchan have been largely positive, though the odd mistake has crept in – for example, he gifted Memphis Depay the opener in the group stage defeat to the Netherlands. Further to this, the goals prevented metric puts him at fault for 1.2 goals, the joint-third worst record at Euro 2020. If Andriy Shevchenko's men are to progress here, they will need Bushcan at the top of his game.

Manchester United defender Maguire has been a rock in his two Euro 2020 games, winning every single one of his aerial duels so far, but his importance to England goes beyond his physicality. His forward-thinking nature has been notable since his return, with his 11.5 progressive carries per 90 minutes being the best of everyone in the squad, while he and John Stones are also England's most direct carriers in possession, bringing the ball upfield 20 per cent of the time. With Ukraine likely to sit deep, Maguire will see a lot of the ball and therefore have significant influence in starting attacks.

- Andriy Yarmolenko has either scored (two) or assisted (three) five of Ukraine's eight European Championship goals. Indeed, his five goal involvements is level with Shevchenko (four goals, one assist) for the most by a Ukraine player at major tournaments (World Cup and Euros).

- Raheem Sterling has scored three of England's four goals at Euro 2020 so far, while only two players have ever scored more for the Three Lions in a single edition at the tournament – Alan Shearer in 1996 (five) and Wayne Rooney in 2004 (four).

- Coming into the quarter-final matches, only Italy (2.1) have a lower expected goals conceded total than England (2.7) at Euro 2020. England have faced just eight shots on target in their four games (two per game), their lowest ratio on record in a major tournament (since 1966 for World Cup and since 1980 for the European Championship).

- Ukraine's only previous quarter-final appearance in a major tournament ended in a 3-0 defeat to Italy in the 2006 World Cup. Ukraine have won two of their last three European Championship matches, more than they had in their first seven in the competition (W1 L6).

- Each of England's previous three quarter-final matches at the European Championship have gone to extra-time and penalties – after progressing from the first of these against Spain in 1996, England lost in penalty shootouts against Portugal in 2004 and Italy in 2012.