Real Madrid star Toni Kroos has ruled out playing for Germany at the 2022 World Cup and decided to bring his international career to an end.

Toni Kroos has retired from international football after Germany's defeat to England at Euro 2020, declaring: "I want to concentrate fully on my goals with Real Madrid."

Midfielder Kroos announced his decision in a post on Instagram, expressing disappointment he had not been able to bow out on a high.

Kroos wrote: "I've played for Germany 106 times. There won't be another time.

"I would have dearly wished, and I gave everything again, that there would have been 109 internationals in the end and that this one big title, the European Championship, would have been added at the end.

"I had made the decision to quit after this tournament a long time ago. It had been clear to me for a long time that I would not be available for the 2022 World Cup in Qatar. More than anything, because I want to focus fully on my goals with Real Madrid for the next few years.

"In addition, from now on I will deliberately allow myself breaks that have not existed as a national player for 11 years. And moreover, as a husband and dad, I would also like to be there for my wife and three children.

"It was a great honour for me to be able to wear this jersey for such a long time. I did it with pride and passion." 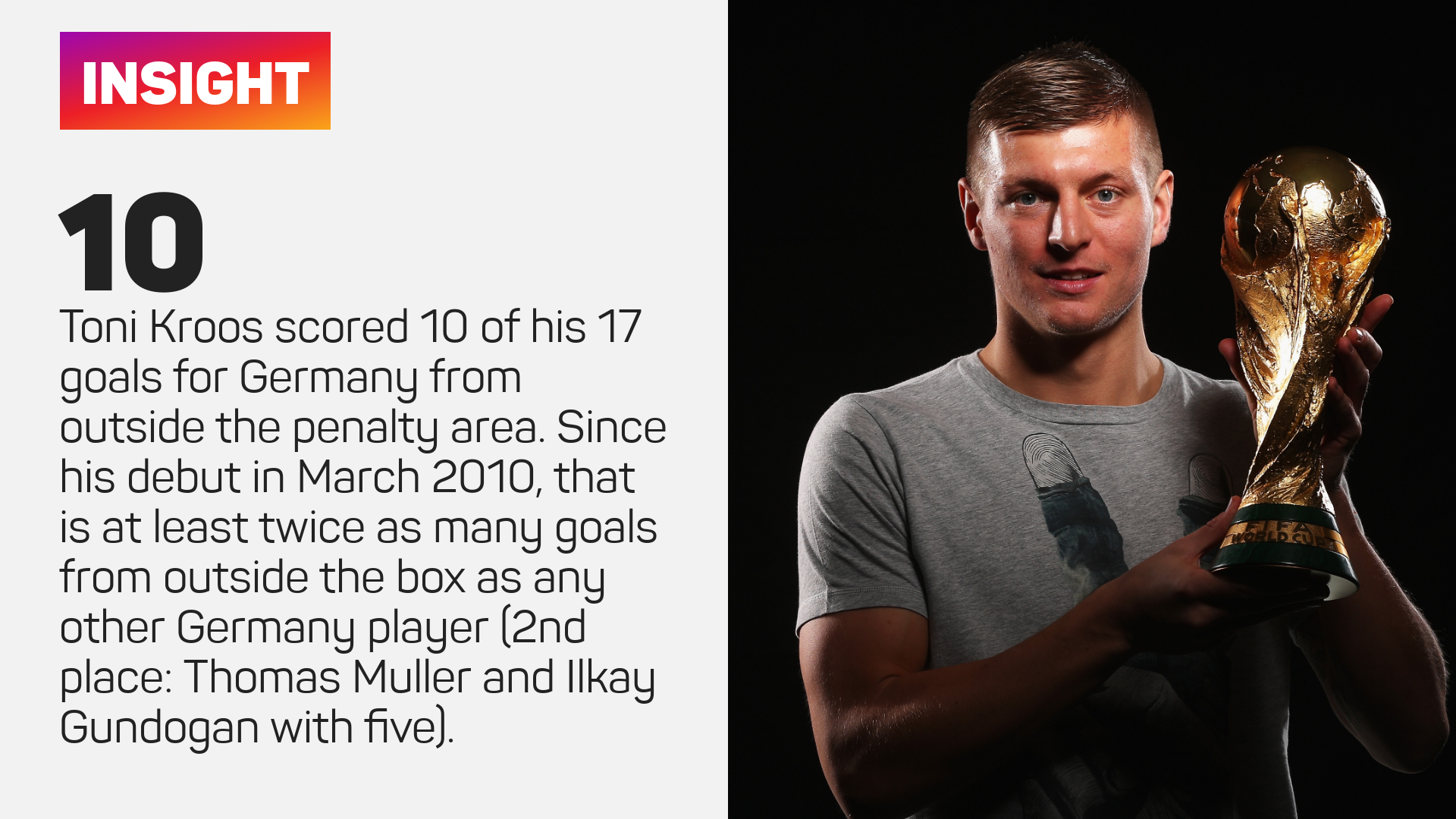 Kroos would have got to 109 caps if he had played every game in a triumphant Germany campaign, but their 2-0 defeat to England in the last 16 of Euro 2020 ended those hopes.

Now 31, Kroos broke into the Germany squad at the age of 20, making his debut in a friendly against Argentina shortly before the 2010 World Cup, for which he was selected by Joachim Low.

He was a World Cup winner with Die Mannschaft in 2014 and scored 17 goals over the course of his Germany career.

Kroos made sure to thank Low, coach for every step of his international career.

"At the very end I would like to say thank you very much to Jogi Low. He made me a national player and world champion. He trusted me. We have written a success story for a long time. Good luck and success to Hansi Flick."

Raphael Varane is set to join Manchester United from Real Madrid as the Red Devils continue to spend in the transfer window.