Daniil Medvedev says it is a "joke" that players do not have longer at changeovers but will not "cry about the heat" after coming through his Tokyo 2020 opener, while Novak Djokovic started at a canter as he looks to add the next step of a Golden Slam.

Representing the Russian Olympic Committee, Medvedev appeared fatigued at times in his 6-4 7-6 (10-8) triumph over Kazakhstan's Alexander Bublik at the Ariake Tennis Park.

The conditions in the Japanese capital were sweltering on Saturday but Novak Djokovic was able to keep his cool in coasting to a 6-2 6-2 win against Hugo Dellien.

Medvedev, who saved three of four break points and now has a 3-0 head-to-head record over Bublik, was pretty pointed about what he feels should be done about the heat.

"Like they do in Mexico, the matches maybe should start at six (pm) because the heat actually gets much, much lighter. We all try to practise at six," said Olympics debutant Medvedev, who next plays Sumit Nagal.

"The fact that we have only one minute between changeovers is a joke. If you ask, let's say 200 tennis players that are here, I think 195 will tell you that one minute is a joke. It should be 1:30.

"But you have to play, that's the Olympics, you go for the medal. You're not here to cry about the heat. It was really tough for both of us. We talked about this after the match on the court. It was unbelievably hot. But you need to get through it." 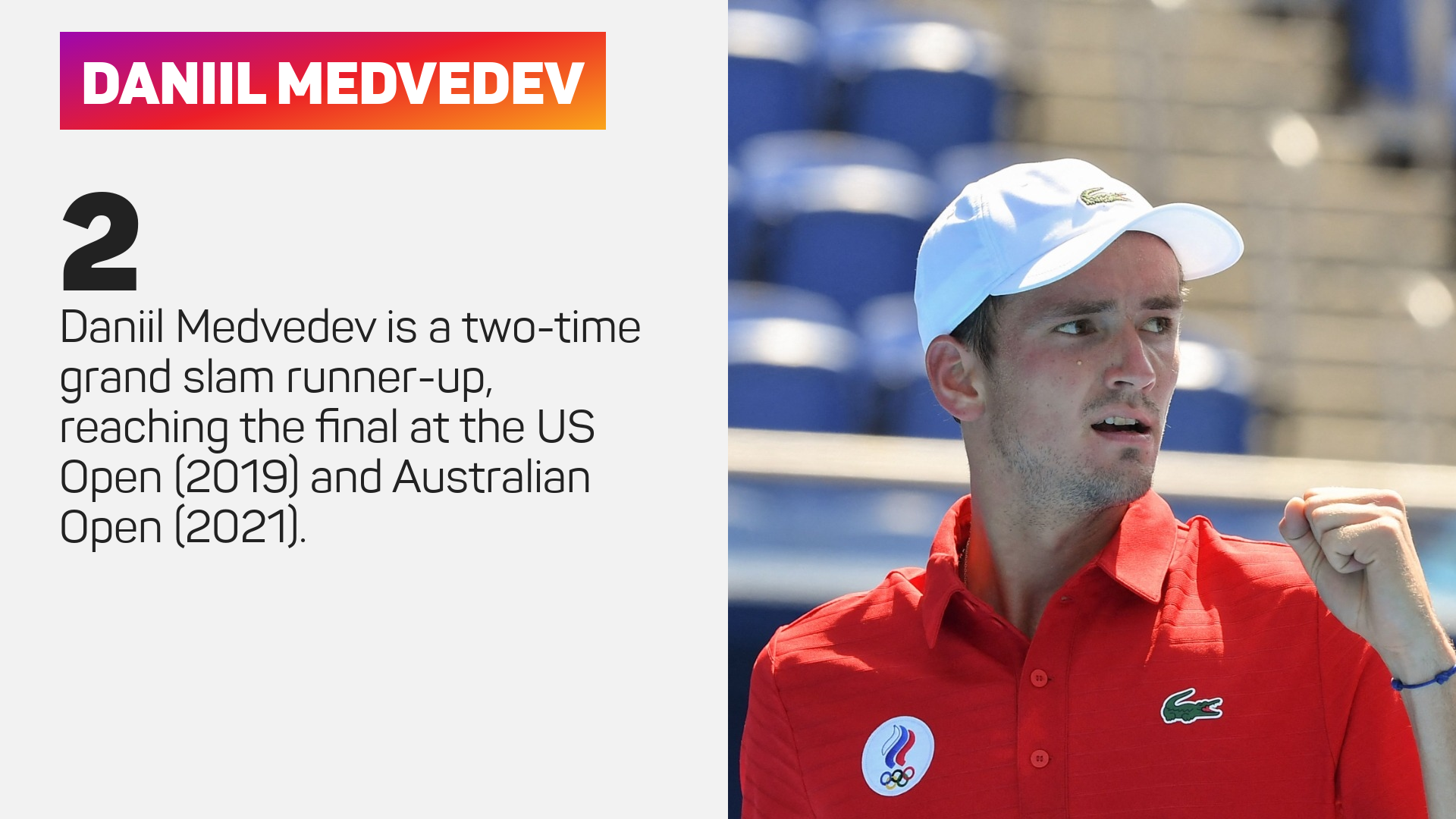 DJOKOVIC UP AND RUNNING

Since winning bronze in Beijing 13 years ago, Djokovic has not had the best of luck at the Olympics – losing in 2012 and 2016 to Juan Martin del Potro on both occasions.

But with a host of big hitters from the ATP absent – including Roger Federer and Rafael Nadal – Djokovic is the overwhelming favourite in Tokyo.

Only Steffi Graf in 1988 from either the WTA or ATP Tour has ever completed a sweep of all four slams and an Olympic gold in a calendar year, and Djokovic needs Olympic gold and victory at the US Open to match the feat.

He needed just 61 minutes here to beat Dellien of Bolivia.

Andy Murray is the two-time defending men's singles champion in Tokyo, but struggles with injuries mean it would take a herculean effort to make it three in a row.

But he is also representing Great Britain in the doubles and together with Joe Salisbury upset French second seeds Pierre-Hugues Herbert and Nicolas Mahut 6-3 6-2 in their first time competing with one another.

Murray is not looking too far ahead, though, saying: "You take one match at a time, you know, so a lot of the players here are really motivated to play for their country.

"This is such a rare opportunity for all of us and I think we all want to do well. So, yeah, just take it one match at a time."

Belinda Bencic's run was ended by Anett Kontaveit in Prague, while top seed Iga Swiatek progressed to the semi-finals.

Emma Raducanu wants a more experienced coach for the next phase of her career following her shock US Open triumph.