Damian Lillard predicted Team USA's stunning defeat to France at the Tokyo Olympics would be portrayed as "the end of the world" but vowed the gold medal was still a target.

The Portland Trail Blazers star was one of a host of under-performing players in blue as Gregg Popovich's team were beaten 83-76 at the Saitama Super Arena.

France's shock win meant the US team's 25-game winning streak in men's basketball at the Olympics came to an end, raising doubts about their ability to challenge for glory at these Games.

Exhibition defeats to Australia and Nigeria ahead of the Olympics getting underway were red flags, but most expected the Americans to find match-winning form once the stakes were raised.

"It's not often that you see Team USA go out there and lose, especially to start. So, I think that's why a lot of people make it seem like the end of the world.

"But our job as professionals and this team, representing our country in these Olympics, we got to do what's necessary, and we still can accomplish what we came here to accomplish, and we got to make sure we keep that in mind." 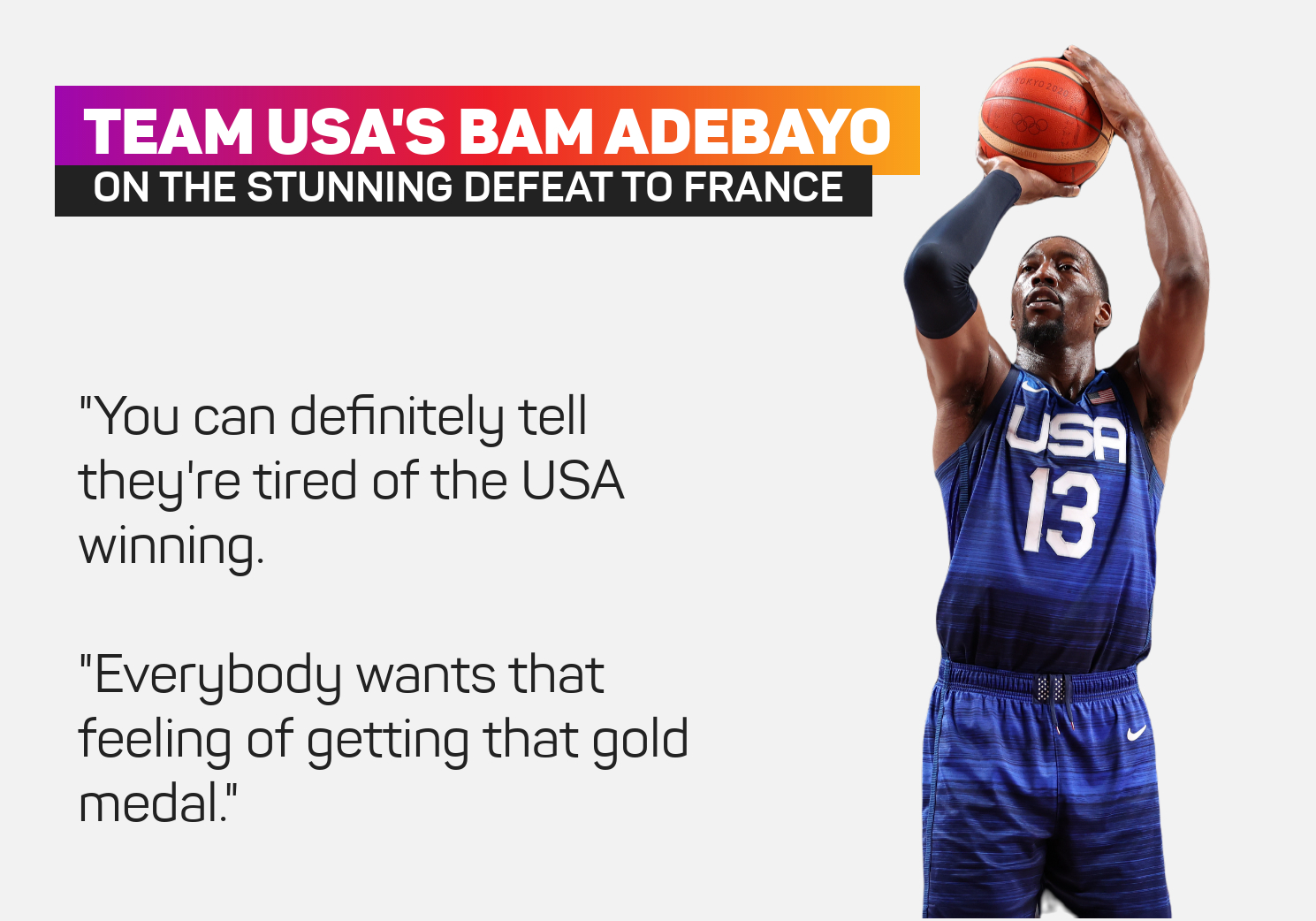 Evan Fournier of the Boston Celtics starred with 28 points for France.

Fournier began the 2020-21 NBA season with the Orlando Magic and averaged 19.7 points per game, before that figure dropped to 13.0 for his outings with the Celtics following a trade in March.

Here he served up a reminder of how he can perform, and the US opposition suffered.

Lillard, who made just three of his 10 field-goal attempts, said: "You know who we see each night sometimes in the NBA, they are completely different when they play for their countries.

"They got more freedom, and the comfort level is obvious. So we put ourselves in a dogfight, and they made plays to win it."

"And we didn't hit the shots that we were supposed to late in the game in the fourth quarter, but I think we will be better next game," Durant, who scored 10 points, added.

There are Group A games to come for the Americans against the Czech Republic and Iran, and those could allow Durant, Lillard and co to find form ahead of the knock-out rounds.

Team USA have won the last three gold medals at the Olympics, and Bam Adebayo, who scored 12 points and had a team-high 10 rebounds, pointed to French desire for a slice of such glory as being a telling factor on Sunday.

"You can definitely tell they're tired of the USA winning," Adebayo said. "Everybody wants that feeling of getting that gold medal. And we can't rely on talent all the time to just bring us home."

Ryder Cup: Spieth and Schauffele among Stricker's picks as Reed misses out

Patrick Reed was the most notable absentee as the United States unveiled their 12-player Ryder Cup roster to take on Europe.

Less than 24 hours after helping France defeat Finland, Antoine Griezmann trained with Atletico Madrid for the first time since his return.

Weston McKennie was suspended and sent home from the USA camp after a breach of team policy but still has a future with the national team.