Adam Peaty remains as determined as ever to scale new heights as he bids to make history for Great Britain at the Tokyo Olympics.

Sport has a nasty habit of chewing up and spitting out even the most elite of athletes, so the idea of any competitor being a shoo-in for Olympic gold at Tokyo 2020 may seem a little silly.

But, and whisper this quietly, Adam Peaty is about as close to a certainty to sit atop the podium in the Japanese capital as you can get, such has been his utter dominance of the 100 metres breaststroke.

Four years ago, Peaty was one of the posterboys of Great Britain's success at the Rio Olympics, breaking the world record en route to winning gold.

Since then, he has beaten his own benchmark twice including going under 57 seconds at the World Championships in Gwangju two years ago. Indeed, he is remarkably in possession of the 20 fastest times ever recorded in the event.

It would be an almighty high horse from which to fall but a laser-focused Peaty is convinced Tokyo is not the time the tide will turn on his fortunes.

"I don't know I guess it's just a by-product of what I've done for the last seven years," Peaty told a round-table of journalists during a pre-Games Team GB camp.

"I think if you're as dominant as I have been, without trying to sound arrogant, you come to a realistic fact I haven't lost a championship in the 100m in a long time.

"It's kind of nice to go into the Games knowing I've got that and obviously I have the heritage of what have I done and a history of performing when it matters. I think going into these Games I'm the most liberated I have ever been.

"Let's hope that lightning strike doesn't hit me but sport is sport, it can happen - anything can happen in sport, we all know that and sometimes the greats do fall. I believe this Olympics isn't my time yet so I think it's going to be a good one." 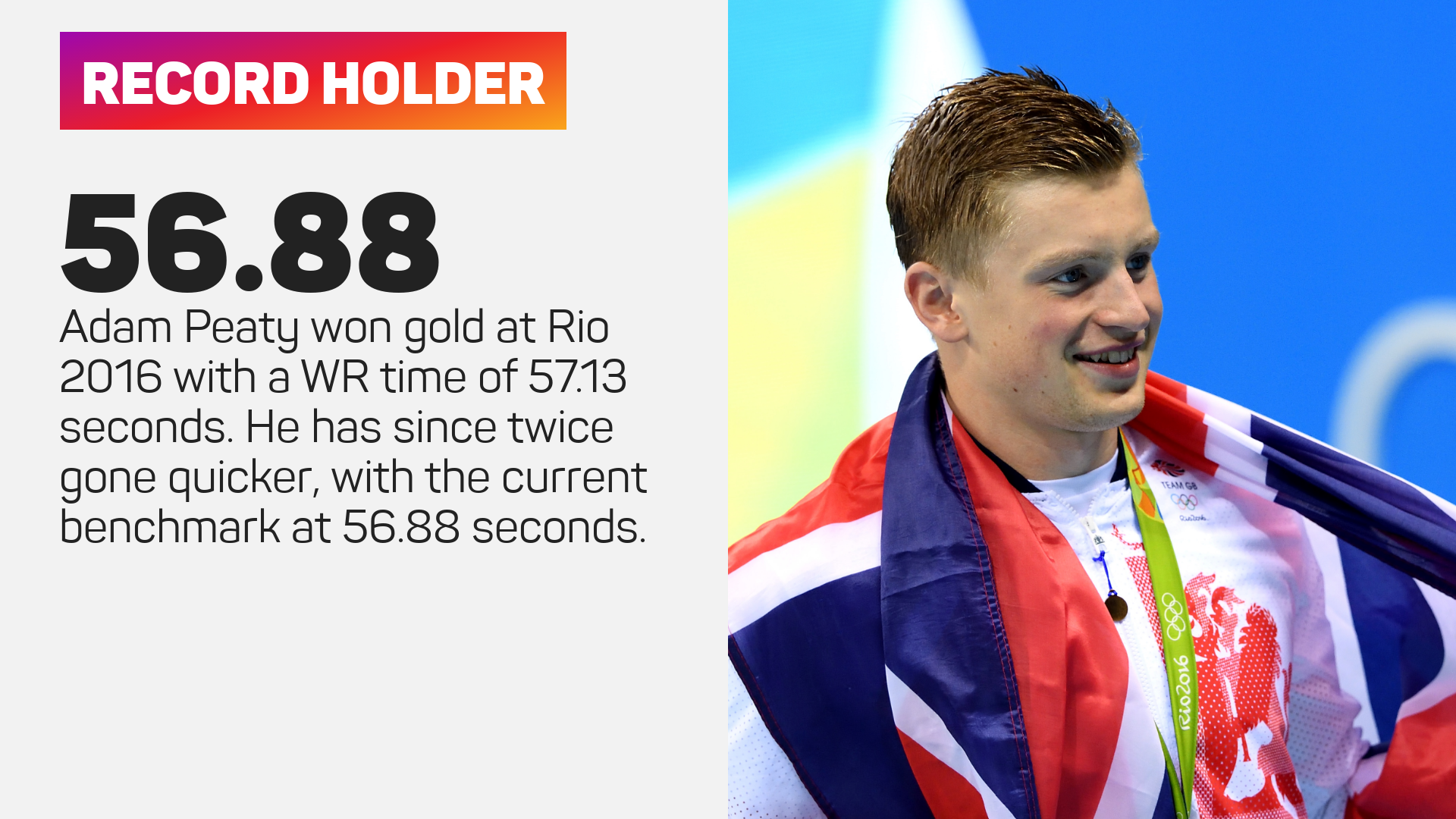 Pressure can do funny things to an athlete and there is no more pressurised environment than an Olympic Games.

But Peaty's confidence is not misplaced. Over the past seven years, the now 26-year-old has been untouchable in his speciality.

In an ominous sign for his rivals, Peaty appears more serene than ever as he aims to become the first British swimmer to defend an Olympic title thanks to a mix of becoming a father to his son George – now 10 months old – and the ability to take stock of what is important after over a year and a half of disruption caused by the coronavirus pandemic that so nearly curtailed these Olympics altogether.

Asked if being a father is part of what has helped him feel so liberated, Peaty replied: "I think so.

"It might be to do with having a kid. I feel like I've got more energy when I come to a holding camp because I haven't got a kid screaming, or a kid to feed or a kid to hold.

"But also I think it is having a bit more maturity, I've grown up more in this last year than I have in the last six years. I think if you look at a picture of me from Rio and a picture now it's like I've had 10 kids!

"I've had a bit of a face change, but that's part and parcel of it as you do get older and become a better athlete and more experienced athlete, these environments become a lot easier and you know what it feels like to bring a gold medal home to the country so it's a good position to be in."

The struggles so many have endured due to the proliferation of COVID-19 has only added fuel to the fire for Peaty, who is determined to inspire a new generation into the pool.

"I think going into these Games next week, no British swimmer has ever defended an Olympic title. That's something in the back of my mind but it's not a distraction. And obviously, every Olympics I want to inspire as many people as possible back home," he said.

"Especially this year when people have been through such a rough time, we can show that just because we have been through that doesn't mean we have to stand still or retreat, or take a step backwards, we can always go through that adversity with a bit of British humour and say 'you know what let's have this one' and take it on the chin really.

"That pure passion and inspiration just comes naturally to me and hopefully when people wake up in the morning I can show I have done that." 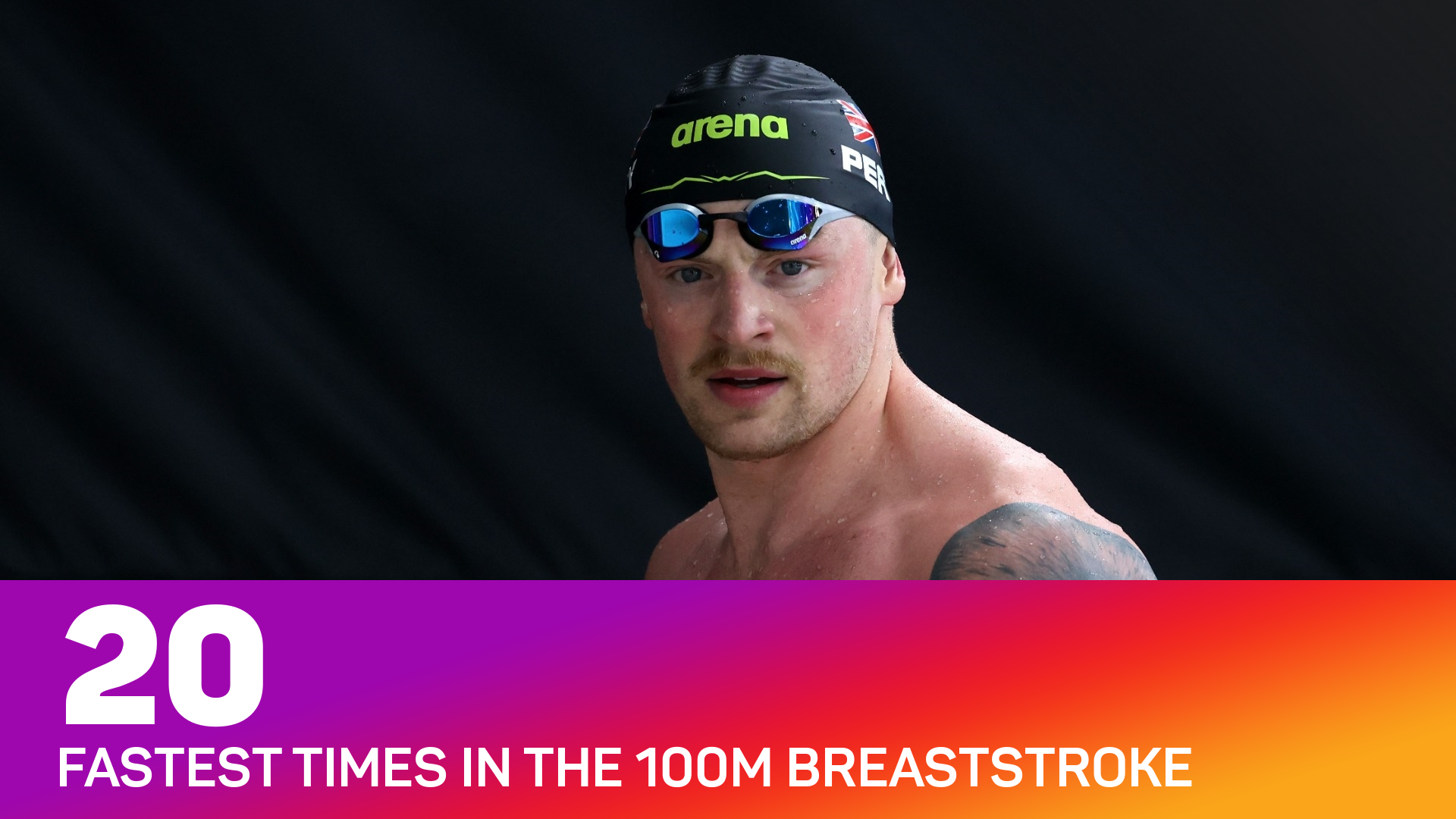 One thing all athletes will miss this year is the roar of the crowd and the adrenaline rush received from that wall of noise.

Organisers decided no spectators can be in attendance at venues in Tokyo due to the fear of the spread of coronavirus.

Peaty acknowledges it is a shame to lose that part of the spectacle but is used to racing in the absence of spectators by now.

"It's definitely going to take something out of the arena, no one likes to perform without fans - it does feel a little bit eerie," he said.

"But you've always got to acknowledge millions of people around the world watch it on TV, so I think mentally it's probably one of the toughest arenas to race in because they get such a high off the crowd.

"Also, I think it's an opportunity for other people who are scared of the crowd, so these Olympics are going to be a bit different in terms of psychology and performance psychology especially.

"For me I'm going to make sure I'm in the most optimal mindset – I've been racing without crowds now for a year, I've still broken world records without the crowd and yeah we'll just see how it goes. Obviously you want people there to witness history."

There has been much-publicised opposition to the Games from within Japan and plenty of scepticism from others too about the decision to go ahead during a pandemic.

Peaty is philosophical, though, saying: "It's quite a hard question, obviously you have to think about normal people who do live here.

"But at the opposite end of the spectrum you've got to have the realisation and respect athletes have trained every single day for five years, getting up at 5am, going to bed at half 10 with a screaming baby!

"They commit their whole lives to this three-week event, so you're never going to get the right answer. You have to look at it - if you sat everyone around a table, everyone would have an opinion."

The Games will begin and history is within reach. So, what does the man himself think makes him so brilliant at this craft?

"It sounds very cliche but I'm very obsessed with continual improvement and pushing the boundaries of what's possible," he said.

"I don't want to end my career and go 'oh I could have done that or I should have done this'. It's that relationship with the team that makes me that person. But I think it's also I just love to race, I love to scrap and I like to dominate. That's why I swim, that's why I race it gives me something I can't get in normal life.

"Also I spoke to my performance psychologist, my mind I see it almost as a landscape because he was talking about levels and you go this level, you have elite levels and possibly some of the best athletes ever born.

"But I don't see it as levels anymore, it's just too linear to think of it like that you have to think of it as a landscape – some days you've just got to attack the f*****g mountain, that's as simple as it is.

"You've got to go, you've got to work hard, you've got to go out there with that option. But also I need a pint at the weekend sometimes to calm me down. That's going back into the valley, almost a strategic withdrawal from my training.

"I think that balance has given me so much more this year that I didn't even know existed. Lockdown has obviously been awful for everyone, but also I think it's given me that extra edge of what matters and what does work and doesn't work either."

And another world record sure would be nice, wouldn't it?

"A world record at this stage is obviously very, very hard but never impossible," he conceded.

"It's within my reach if I get my preparation right this next seven days. Obviously I'll see how the heats goes, the semi-finals goes and can kind of take it from there."

Tokyo Olympics: Russia declare God is on their side and reject doping claim 'propaganda'

The Russian Olympic Committee hit out at "propaganda" after complaints by athletes following events won by ROC competitors.

Caeleb Dressel opened up about the emotional baggage tied in with being a highly touted Olympian, after landing 100 metres freestyle gold.

The thrills just kept on coming at the pool on Thursday as Caeleb Dressel won a memorable men's 100m freestyle final at Tokyo 2020.