Tom Daley was left stunned after finally ending his wait to win an Olympic gold medal, the 27-year-old diver victorious in the men's synchronised 10m platform event at the Tokyo Aquatics Centre.

Daley burst onto the scene at the Beijing Olympics in 2008 at the age of 14, before going on to claim bronze medals at both the London and Rio Games.

But, along with Matty Lee, Daley got Team GB's second gold medal in Tokyo with a flawless final dive, ending China's dominance in the process.

China had won gold at every Olympics dating back to Sydney 2000, and Cao Yuan and Chen Aisen gave it an almighty effort in response to Daley and Lee's final score of 471.81.

Their late charge was in vain, though, with China's duo tallying up 470.58 – the appearance of that figure on the big screen inside the venue sending Daley and Lee into wild celebrations.

"I still can't honestly believe what is happening," an emotional Daley told BBC Sport. "That moment, being about to be announced as Olympic champions, I was gone. I was blubbering."

He added: "It's kind of unbelievable. I've dreamed, as has Matty, since I started diving 20 years ago, for this moment of becoming an Olympic champion. And it to take it to my fourth Olympic Games, when I think a lot of people probably would have not considered it to be my peak Olympic Games.

"And the fact that I can say that my son watched me become Olympic champion, albeit on TV and they couldn't be here, is just, it's such a great feeling." 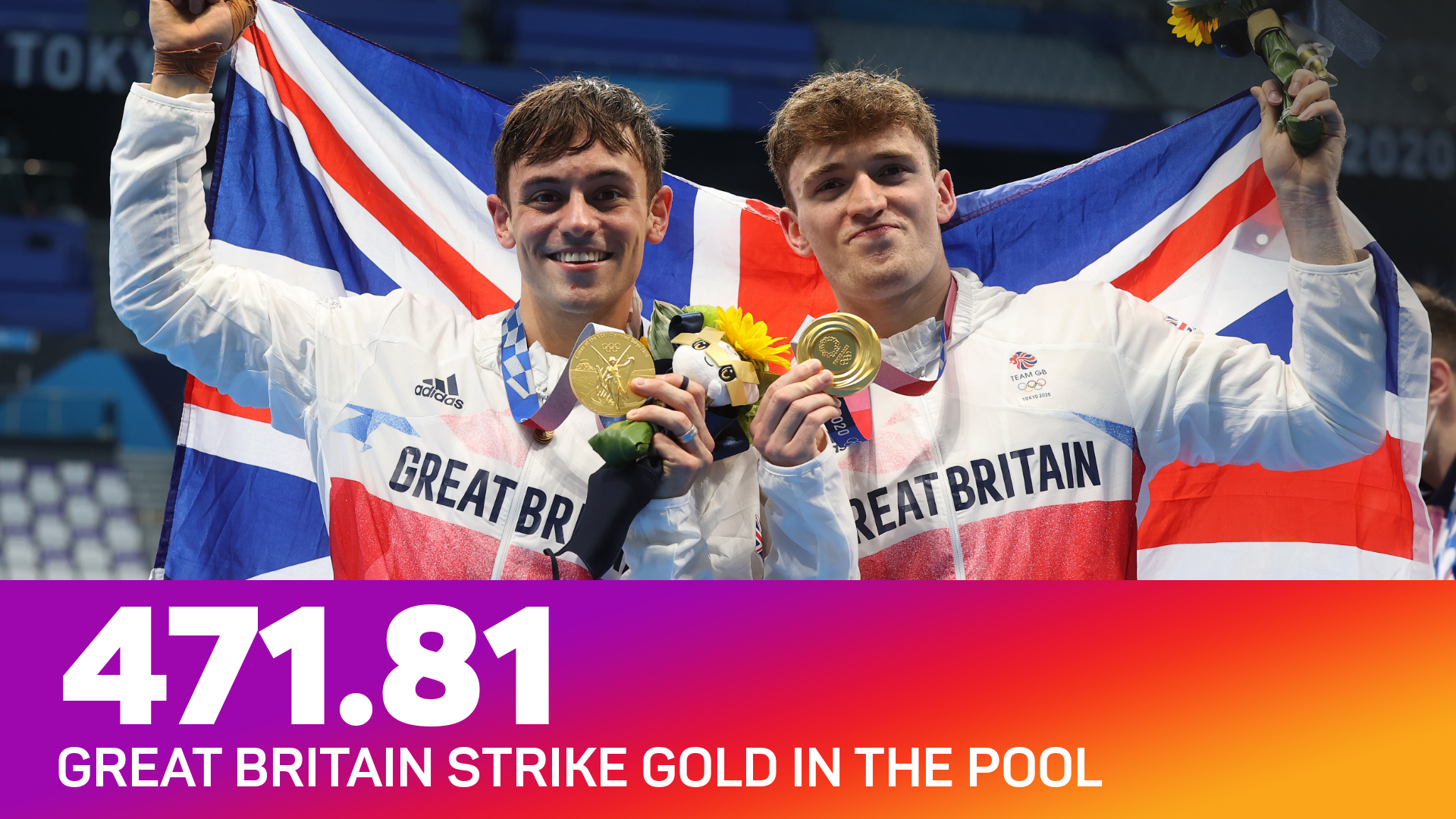 It has been a tough road for Daley, who lost his father and mentor Rob to brain cancer in 2011, all while living life in the public eye ever since his remarkable rise in Beijing, and he revealed how close he came to not making it to Tokyo.

"Many times I've doubted that this moment would ever come. In 2018, I had broken shins, and I didn't know if I was going to be able to do my running platform take-offs again," he said.

"Starting off last year, I broke my hand, and then wasn't sure if I was going to get back in time for the Olympics last year and they got delayed with lockdown.

"And then I got all kinds of sick with everything that you could at that time. And that even up until June, I had a pretty bad knee injury. I haven't said this yet, but in June, I tore my meniscus and went under knee surgery and had to get it removed.

"And there was a chance that I wasn't actually going to be able to be here in the first place. So I'm just extremely happy and thankful to all of the physios, doctors, strength coaches, my coach for making it possible that I can even dive today."

Daley also feels the triumph could present a momentous moment for LGBTQ representation at the Olympics.

"It's just amazing that there's more LGBT representation at the Olympic Games, each Games that goes along," he said.

"When I was a little boy, I felt like an outsider, and felt different, and I felt like I was never going to be anything, because who I was, wasn't what society wanted me to be.

"I hope [that this] can give young kids hope and not feel so frightened and scared and alone, and to be able to see that no matter who you are, where you come from, you can become an Olympic champion, because I did."