Mikel Oyarzabal insisted Spain always had the belief they could go far at Euro 2020, despite a difficult start to the tournament.

Spain's confidence in their own ability never wavered despite initial criticism of their performances at Euro 2020, according to Mikel Oyarzabal.

Real Sociedad winger Oyarzabal scored the crucial spot-kick as Spain beat Switzerland 3-1 on penalties after a 1-1 draw in Saint Petersburg to progress to the semi-finals.

Luis Enrique's side became the first team in European Championship history to score five or more goals in consecutive games after wins over Croatia and Slovakia. Indeed, Spain had not scored more than four goals in any of their first 42 matches in the competition.

However, their goal rush came after successive draws with Sweden (0-0) and Poland (1-1) in the group stage, and their profligacy returned on Friday when they managed 28 shots across 120 minutes, though only had the one goal to show for it.

Spain amassed 29 attempts across their opening two games, with 10 going on target, and though their quality was called into question, Oyarzabal insisted the squad always kept faith.

"Whether you have been unfair or not it is your point. We had plenty of confidence in this solid squad since the beginning," the 24-year-old said at a news conference ahead of the last-four clash with Italy at Wembley.

"We are together and it is a high-level squad. We were confident of doing great in this Euros and so we've shown it. Obviously, people are free to make their opinion, but we have never had any doubts. We have always had confidence in the current squad and we still have it."

While Spain have fired hot and cold, they have nevertheless scored 12 goals so far at the tournament, with Denmark and Italy (both on 11) their closest rivals in that regard. 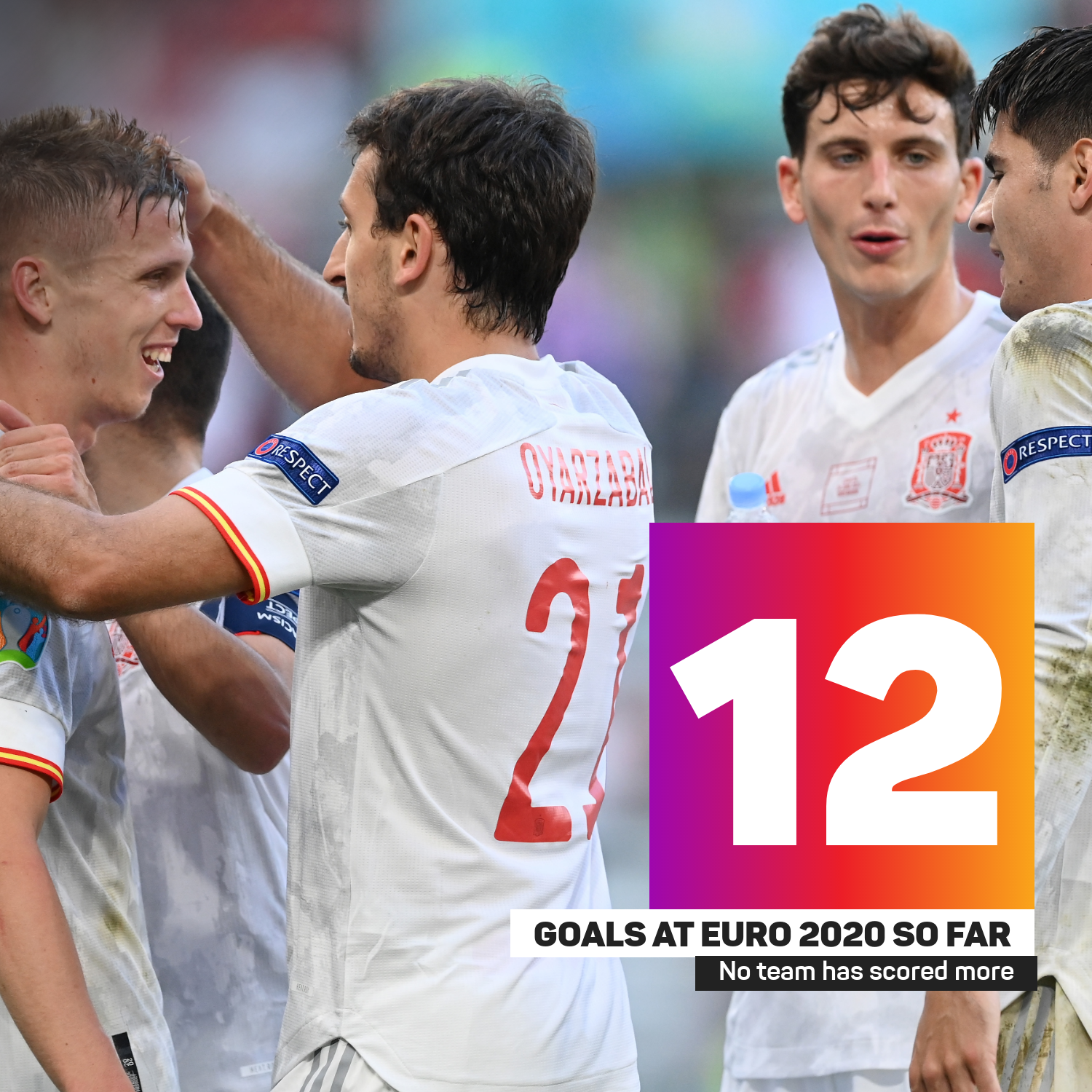 The Azzurri have been one of the most consistent teams and surely dispelled any doubts over their credentials with a fantastic performance against Belgium on Friday.

"It is going to be a very tough game. Italy has shown a high level," Oyarzabal said of Tuesday's showdown.

"I think they reach the semi-finals in a good shape, but we do too. I believe if we do the right things and we are efficient, we will have better chances to win. The most important thing is to be ourselves. Keep playing as we have done so far because I think we have played great games and we need to have confidence in ourselves.

"They are a great national team with top players, but I don't think we are lesser. We need to be confident. We can play a great game whoever our rival is. We are full of confidence in our plan and in what we will do."