Harry Kane has scored past Kasper Schmeichel 14 times – more than he has against any other goalkeeper in his career.

Kane has put a slow start to the tournament behind him during the knockout stages, following his game-sealing header in the 2-0 last-16 win over Germany with a brace in last weekend's 4-0 quarter-final demolition of Ukraine in Rome.

Leicester City keeper Schmeichel knows all about Kane's lethal qualities from their duels in the Premier League.

Indeed, Kane's 14 goals past Schmeichel are more than he has managed against any other goalkeeper across all competitions.

One of those was in a 4-2 win for Spurs at the King Power Stadium on the final day of the Premier League season that denied Leicester a Champions League place.

On the other hand, Schmeichel went unbeaten by Kane or any other England player when Denmark drew 0-0 at home with the Three Lions in last season's Nations League before winning 1-0 at Wembley, where their semi-final will also take place.

"He's a world class striker, someone who can always guarantee you a lot of goals during the season," Schmeichel told a pre-match news conference.

"He's a very dedicated and professional player. He knows where to position himself, he's very instinctive.

"I would say that he is among the top three or top five strikers in the world." 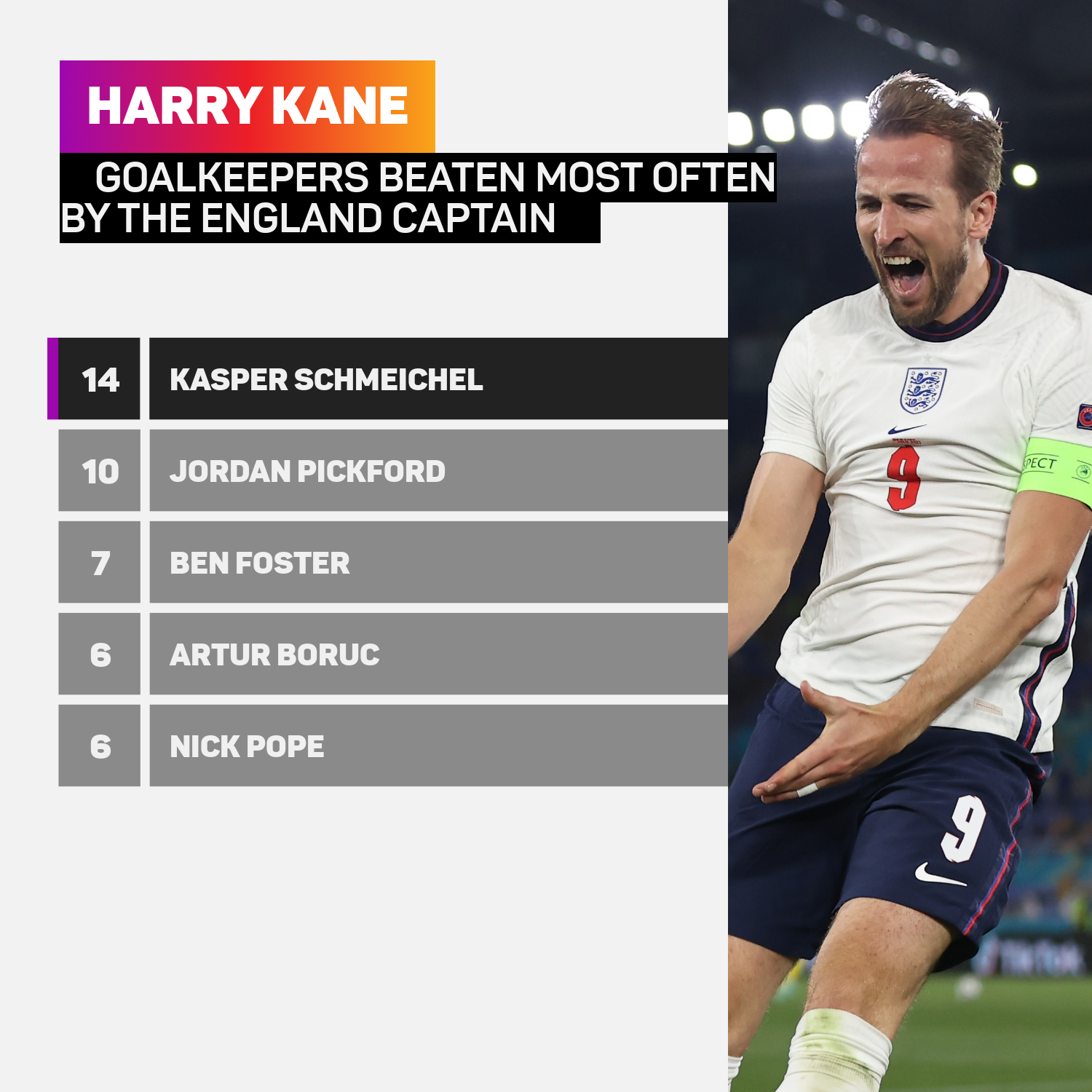 Pierre-Emile Hojbjerg, who shares a club dressing room with Kane, ranks him even more highly.

However, the Denmark midfielder insists he will have no special tips for his defensive colleagues.

"I don't need to introduce Harry Kane for anyone," he said.

"Behind closed doors he is very professional. He's good at what he does, he's very dedicated.

"He's just an incredible football player. So, for me, Harry is the best player in that position.

"It is an honour to play with him every day but I'm sure that, with the defence we have, it's going to be tough for him." 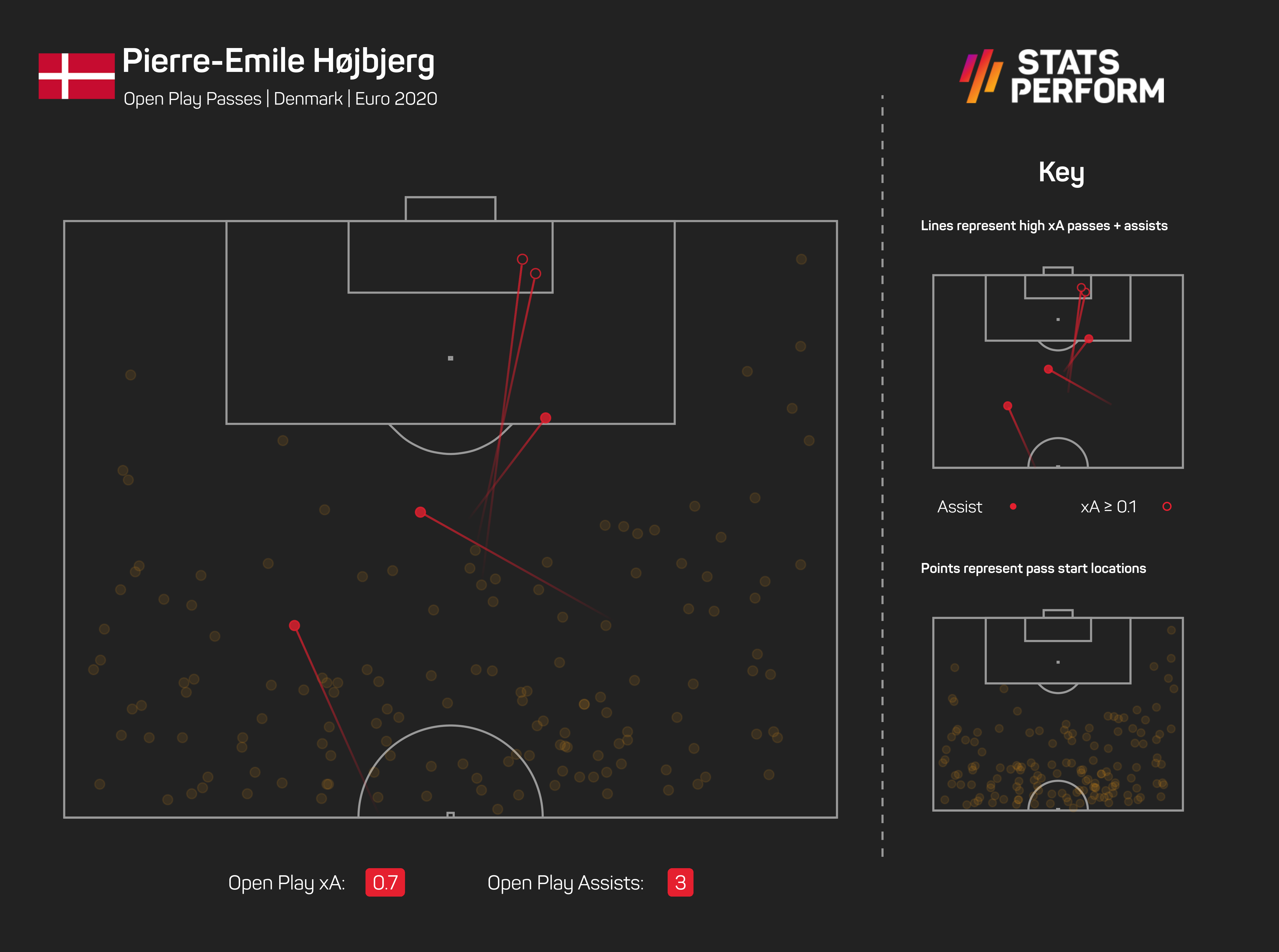 Denmark head coach Kasper Hjulmand does not see his team as underdogs and hopes the pressure of having 60,000 expectant home supporters can work against England.

"I don't think it is going to be so easy for them. We believe that we can take advantage of the pressure that England feel."

The prize for England would be a first major final appearance since their 1966 World Cup triumph, with the prospect prompting plenty of excitement across the country.

The hopeful refrain of "It's coming home" from the Euro 96 song 'Three Lions' has become something of a rallying call, although Schmeichel – whose father Peter helped Denmark to a shock success at Euro 92 – could not resist poking a little fun at his adopted country's expense.

"Has it ever been home?" he chuckled.

"I've not really thought much about England's feelings on this."

BREAKING NEWS: Osaka stunned at Tokyo Olympics as Japan's 'face of the Games' loses to Vondrousova