Portugal v Germany: Record-chasing Ronaldo has a score to settle

Cristiano Ronaldo, closing in on the men's record for international goals, has had difficulty against Germany in the past.

Cristiano Ronaldo must break new ground when Portugal face Germany at Euro 2020 if his quest for a new world record for international goals is to continue.

The Juventus star struck twice late on to help his side to a 3-0 victory over Hungary in their opening Group F match and become the leading scorer in European Championship finals history with 11 in 22 appearances.

Ronaldo is one goal short of matching Miroslav Klose (19) for the most goals by a European player at the Euros and World Cup combined, while an altogether grander record is now within his sights: he is only three adrift of Iran great Ali Daei's tally of 109, the most scored by any international men's player.

However, history is for once not on Ronaldo's side when it comes to facing Germany, who lost 1-0 to France in their opening match in Munich.

He has played four times against them – 360 minutes in total – and attempted 23 shots in those matches, but Ronaldo has never scored against Joachim Low's men. Only against France (six) has he played more international games without finding the net.

Former striker Nuno Gomes does not appear worried that Ronaldo's barren run will continue at the Allianz Arena, where a Portugal win would secure their place in the knockout phase and could leave Germany unable to finish in the top two should France avoid defeat to Hungary.

"Cristiano already has us believing that, for him, nothing is impossible," Gomes wrote via UEFA. "He is highly motivated and we can expect him to give his all.

"He may have lost some pace and explosiveness but has gained a flair for different kinds of goals. His positioning is very important and he's been in the right place at the right time, something that is important for a striker. It's hard to find the words to describe what he has done." 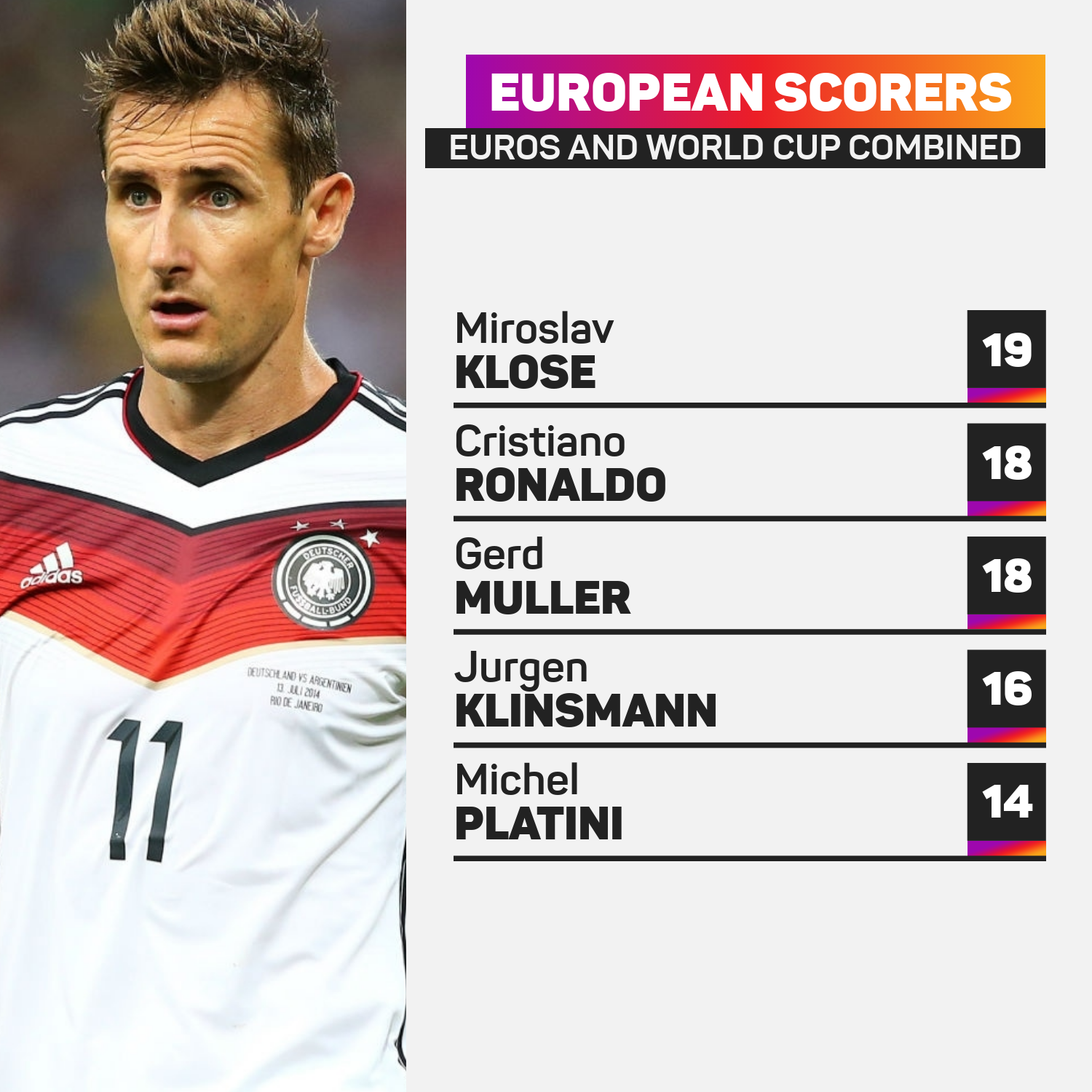 Germany controlled possession well against France but looked susceptible to almost every counter-attack with the pace of Kylian Mbappe and passing of Paul Pogba.

Bruno Fernandes, who created a game-high three chances against Hungary, is Manchester United's architect when it comes to releasing forwards on the break and could be the main threat to the German defence if the holders do indeed adopt a counter-punching style.

The loss to France highlighted the main concerns around Low's 3-4-3 system: while it gives Germany greater nominal control on the game, it moves Kimmich away from an influential midfield role to that of a wing-back reliant on optimistic crosses (he attempted seven in the opening game).

Should Low return to a 4-3-3, it would allow Kimmich to move back into a central trio alongside Toni Kroos and Ilkay Gundogan and bring an extra creative dimension to the middle.

- This will be the fifth meeting between Portugal and Germany at the European Championship; only Italy and Spain have faced each other on more occasions in the tournament (six). It will also be the sixth encounter between the two teams at major tournaments since Euro 2000 (four at the Euros, two at the World Cup), the most between two European nations over that period.
- The past five matches between Portugal and Germany have produced 17 goals, an average of 3.4 per match. Four of those five games have witnessed three or more goals.
- Portugal have lost just two of their past 30 matches in all competitions (W19 D9), scoring 67 goals and conceding just 19 times across these games. Having won 4-0 against Israel and 3-0 against Hungary in their previous two matches, they are looking to win three games in a row without conceding for the first time since November 2017 (four in a row).
- Germany have suffered three defeats in their past four group matches at major tournaments (Euros and World Cup), as many as in their previous 24 group stage games (W16 D5). They have not suffered consecutive defeats in the group stage at a major tournament since losing to England and Portugal at Euro 2000.
- Germany midfielder Toni Kroos completed exactly 100 passes against France. In the past three tournaments (Euro 2016, World Cup 2018, Euro 2020), there have been six instances of a Germany player completing 100 or more passes in a game and all six have been by Kroos.