Alvaro Morata may not have been prolific in terms of goals at Euro 2020 but his selfless work for the team is vital for Spain, according to Gaizka Mendieta.

Striker Morata has scored twice to help Luis Enrique's side reach the semi-finals of the tournament, though his failure to capitalise on the opportunities that have come his way has led to criticism.

Indeed, the 28-year-old has been booed by his own fans both before and during the European Championship, while his family have been targeted for abuse too.

Yet former Spain international Mendieta feels Morata's team-mates appreciate all he does for the cause, even if his finishing has let him down at times. From 15 attempts, he has a shot conversion rate of 13.33 per cent.

An expected goals total of 3.95 highlights a shortcoming for the former Chelsea and Real Madrid player in front of goal, yet he has started every game ahead of the last-four clash with Italy at Wembley on Tuesday.

Gerard Moreno – an alternative option to lead the line in place of Morata – has yet to score at the European Championship from 15 shots, while Dani Olmo has been unsuccessful with all of his 16 attempts. The problem for La Roja in general has been taking chances, rather than creating them.

"I think people are being very critical," Mendieta told Stats Perform. "I believe Morata is a player who gives a lot to the team in terms of work, mobility, keeping the ball and creating spaces for midfielders and wingers like Olmo, [Ferran] Torres or even Moreno.

"I think he is doing a great job and that's one of the main reasons he is in the team. Of course, he is a striker and you expect goals from him and unfortunately it is where he has been unlucky.

"He hasn't finished the chances he had and that's what has made noise.

"Beyond this, I think the team is grateful for his work. He is the first one realising he should improve scoring and creating chances and I am sure he is working on it.

"Those critics are understandable, but his efforts are respected." 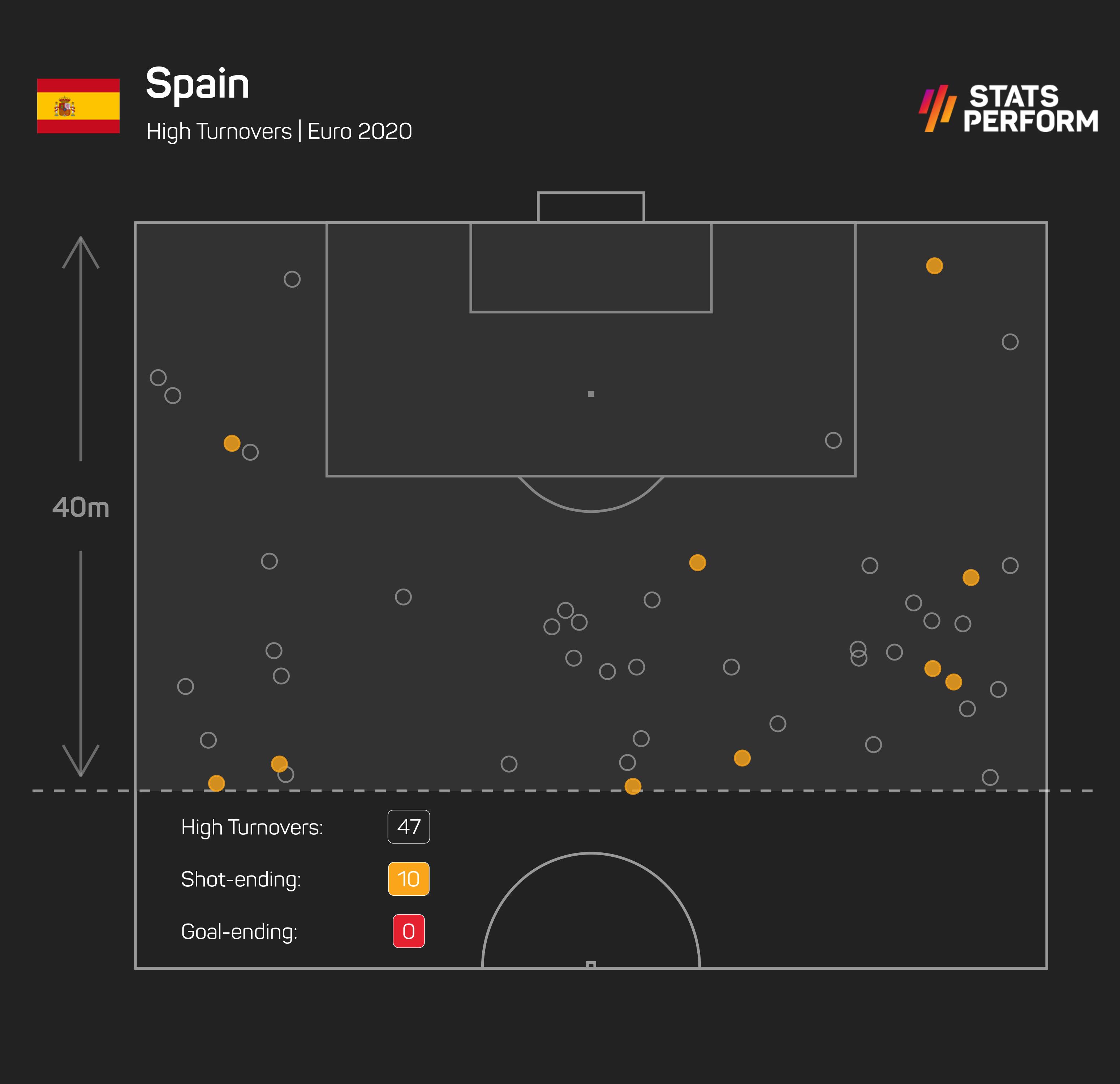 Luis Enrique has been unequivocal in his support of Morata, describing the abuse directed at the player and his family as a "serious crime" as he called for the authorities to take action.

The Spain boss has steered the team through choppy waters at Euro 2020. Having opened the campaign with two dour draws, the 2012 winners found their scoring touch in a 5-0 thrashing of Slovakia to qualify behind Sweden from Group E.

A wild last-16 clash with Croatia eventually went Spain's way after extra time, while a penalty shoot-out was required to see off Switzerland in the quarter-finals.

Mendieta, however, feels Luis Enrique has created an environment where his players are able to respond to any match situation, good or bad.

"He gives value to the player in order to make him part of the plan," he said of the former Barcelona head coach.

"I think that is reflected on the pitch; a common idea but at the same time it is the player who needs to find solutions. The coach cannot do that for them on the pitch.

"That's why I think the Spain team had a great reaction in tough times in some games. Especially in the group stage, in the last game. They are a team with a great character, just like Luis Enrique himself."