Peter Bossaert is "not afraid" that Roberto Martinez could call time on his tenure as Belgium boss after their Euro 2020 exit.

The chief executive of the Belgian Football Association says Roberto Martinez will stay on as coach despite Belgium's Euro 2020 "failure".

A 2-1 quarter-final defeat to Italy in Munich on Friday ended the Red Devils' hopes of being crowned champions of Europe.

Belgium once again started the competition with the expectation of mounting a strong challenge to win a first major tournament as the top-ranked team in the world.

They fell short once again under Martinez, but CEO Peter Bossaert says the Spaniard has the full backing of the Belgian FA and he does not expect the 47-year-old to walk away.

Asked if Martinez will remain at the helm, he told HLN: "Yes. He has a contract until the end of the World Cup [in Qatar next year].

"We are already together on Monday for the international matches in September and the Nations League final. I'm not afraid he'll leave. Normally he stays.”

Bossaert can understand criticism of Belgium after their exit at the hands of the Azzurri.

"The result is disappointing, so you can call it a failure," he said. "I fully understand that. We didn't realise what we were working for.

"That's the cruel side of top football. If you lose in the KO phase, you don't have a chance to make amends." 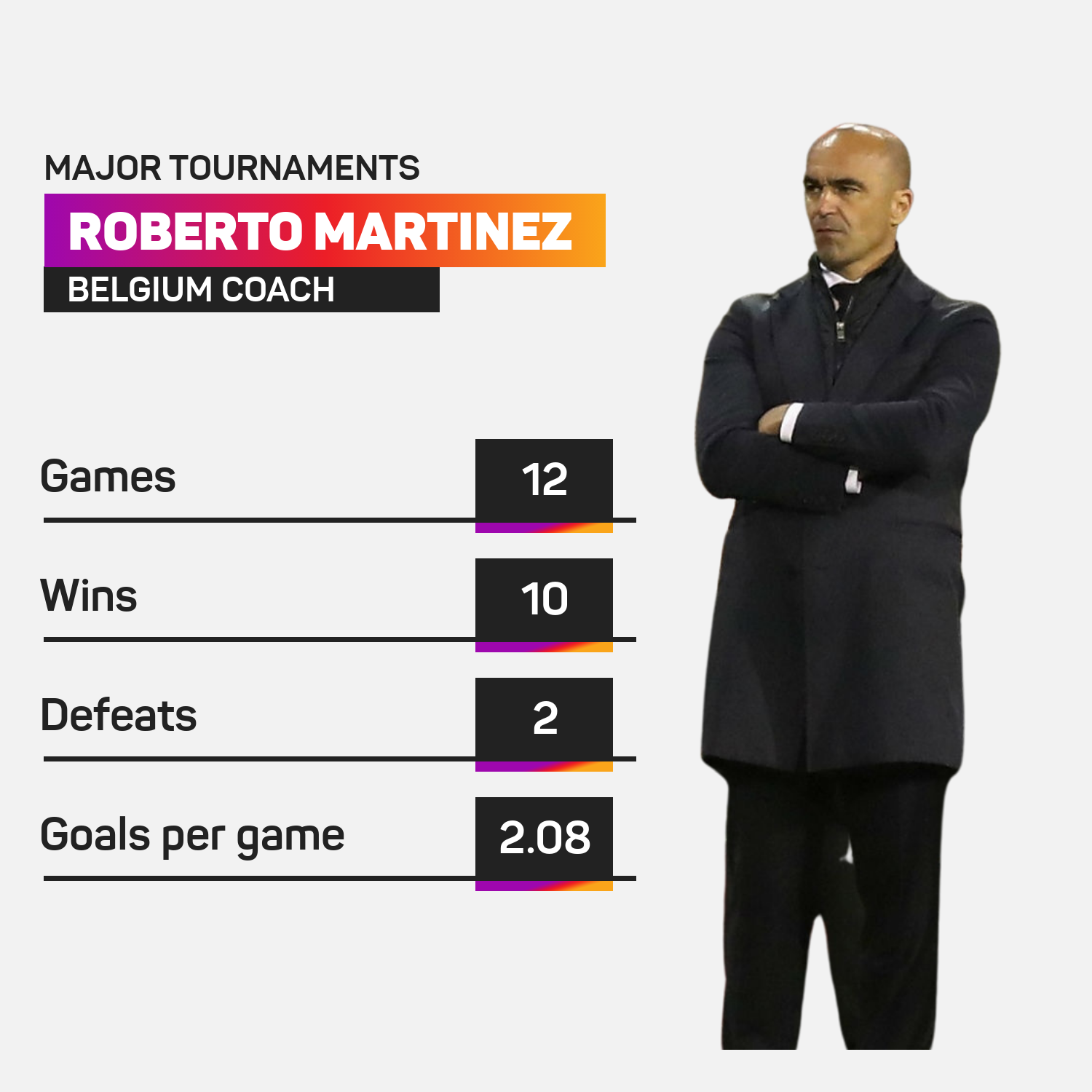 Bossaert does not feel Euro 2020 represented the last chance for a so-called 'golden generation' to win a major tournament.

He added: "I am more positive about that [their chances of glory at a big competition]. This European Championship was a missed opportunity, but the Nations League final will follow in October and the World Cup will start in 16 months.

"Many of our top players are still quite young. [Kevin] De Bruyne and Eden Hazard are 30, [Romelu] Lukaku 28, [Yannick] Carrasco 27, [Youri] Tielemans 24, and I can name many more.

"They can last a long time. This generation still has opportunities. Certainly in the first two challenges, the Nations League and the World Cup, we can be ambitious.

"Then there is the European Championship in Germany. The World Cup in 2026 in the US, Mexico and Canada is still too far away. But if we regularly supplement this core with new talents, I look to the future with confidence."

Martinez confirms he will continue with Belgium after Euro 2020 'disappointment'

Roberto Martinez is already plotting the next stage of Belgium's development and has spoken about Thierry Henry's future.

Peter Bossaert is "not afraid" that Roberto Martinez could call time on his tenure as Belgium boss after their Euro 2020 exit.

Italy could have scored more goals in their Euro 2020 quarter-final win over Belgium, according to boss Roberto Mancini.

Italy defeated Belgium to set a new European Championship record, while Spain kept up their impressive history when it comes to penalties.

For many, Euro 2020 was the final chance for Belgium's 'Golden Generation', but they are the latest team to fall victim to Italy.

Nicolo Barella and Lorenzo Insigne were on target for Italy as Roberto Mancini's side knocked Belgium out of Euro 2020.

Belgium v Italy: Lukaku has Azzurri in his sights after Italian rebirth