De Bruyne was forced off early in the second half during his side's 1-0 win over Portugal on Sunday.

The Manchester City midfielder was seen with ice on his left ankle while watching on from the sideline, where he was later joined by Hazard after the Real Madrid winger damaged his hamstring late in proceedings.

Martinez revealed on the eve of the game – the first ever between Italy and Belgium in a knockout tie at a major tournament – that it is "impossible" to predict whether the pair will be available to play a part in Munich.

Mancini, however, said the best players deserve to play in the biggest games and would have no issues should they recover in time.

"It's always nice for the fans to see all the best players on the pitch; that's what makes football special," he told a media conference.

"We face the best team in Europe along with France, maybe the best in the world. They are on top of the ranking, but we'll try to win.

"I respect Belgium, but we'll need to play as we know, we are aware of our qualities. Belgium are preparing for an important game and the same goes for us." 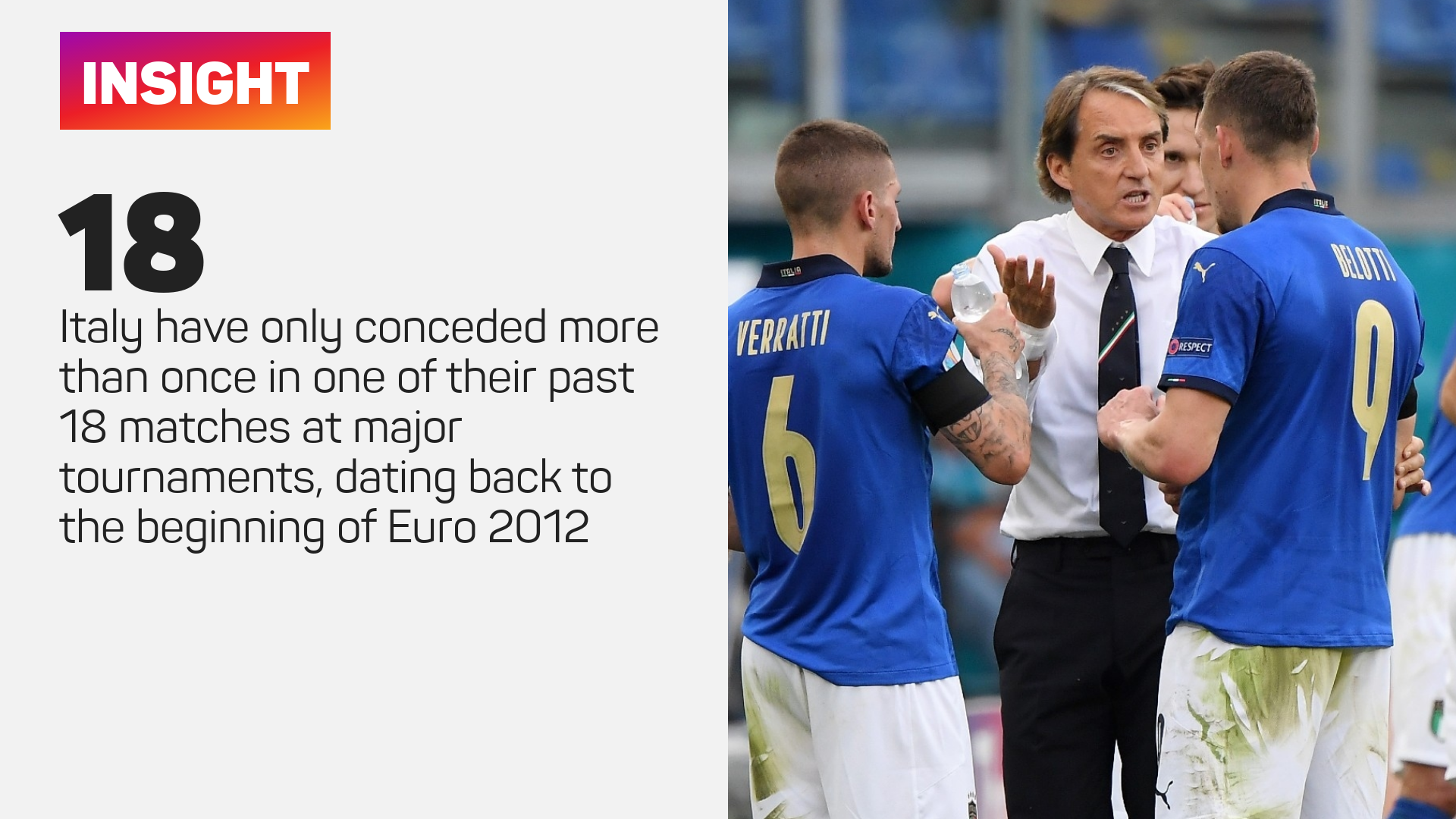 So impressive in the group stage, the Azzurri had to be patient before landing the decisive blows against Austria in a last-16 clash at Wembley that went to extra time.

Mancini's side prevailed 2-1 in the end, setting a new national record in the process as they extended their unbeaten run to 31 games.

"We knew Austria could create trouble for us and we knew it could have been the most difficult game because it was the first one in the knockout phase," Mancini explained.

"Every game can make you stronger if you improve. We suffered against Austria, but we had 27 shots. It was a tough game, but we deserved to win. There are no easy games, that's what the Euros are teaching us."

This is Italy's fourth consecutive appearance in the quarter-final stage of the European Championship.

Each of those previous three appearances have been decided by a penalty shootout, with the Italians eliminated by Spain in 2008 and Germany in 2016 while progressing past England in 2012.

Indeed, that accounts for three of Italy's five European Championship penalty shootouts – more than any other nation prior to the 2020 edition.

Belgium will likely need to replace Kevin De Bruyne's creativity against Italy in the Euro 2020 quarterrfinals.

Belgium may well be without Kevin De Bruyne and Eden Hazard for their next match, but both could be fit for a semi-final.

Eden Hazard hobbled off in Belgium's win over Portugal en route to the quarter-finals, with Roberto Martinez unsure of the severity.

An injury late in the first half against Portugal saw Belgium's Kevin De Bruyne substituted early in the second.

Kevin De Bruyne and Bruno Fernandes are the two most prolific creators in the Premier League but are experiencing a contrasting Euro 2020.

Martinez insists Belgium have no special plan to stop Ronaldo