Hansi Flick will be under immediate pressure as Germany coach, with Joachim Low moving on to reflect on his 15 years at the helm.

Joachim Low will now have the opportunity to "process a heavy heart" following Germany's Euro 2020 exit but his successor Hansi Flick does not have the luxury of time.

Germany were knocked out of the European Championship with a 2-0 defeat to England at Wembley in the last 16 on Tuesday.

It was a result that brought Low's reign, which saw him guide Die Mannschaft to World Cup glory in 2014, to an unceremonious end.

Flick will now take over after winning seven trophies in an 18-month spell at Bayern Munich, which included a Bundesliga, DFB-Pokal and Champions League treble in 2019-20.

And Low is happy to hand over responsibility to the national team to his former assistant, having led Germany at seven major tournaments in his 15 years in charge.

"You can imagine what the mood was like [after the game]," Low told his final media conference as coach. "I spoke to the team and many of those working behind the team, they've been in my life for a long time, the players and the support staff. And, of course I spoke to the team and we said goodbye this morning.

"I haven't planned what I'm doing next, I just have to digest what's happened. It helps to have time to process a heavy heart and we'll see what the next few weeks bring.

"After 15 years, of course, I'm happy to pass the baton on to another coach. There were some amazing experiences that I had, there were lots of qualifying matches and tournaments that were amazing and I think, with a bit of time, I will get a sense of perspective on it." 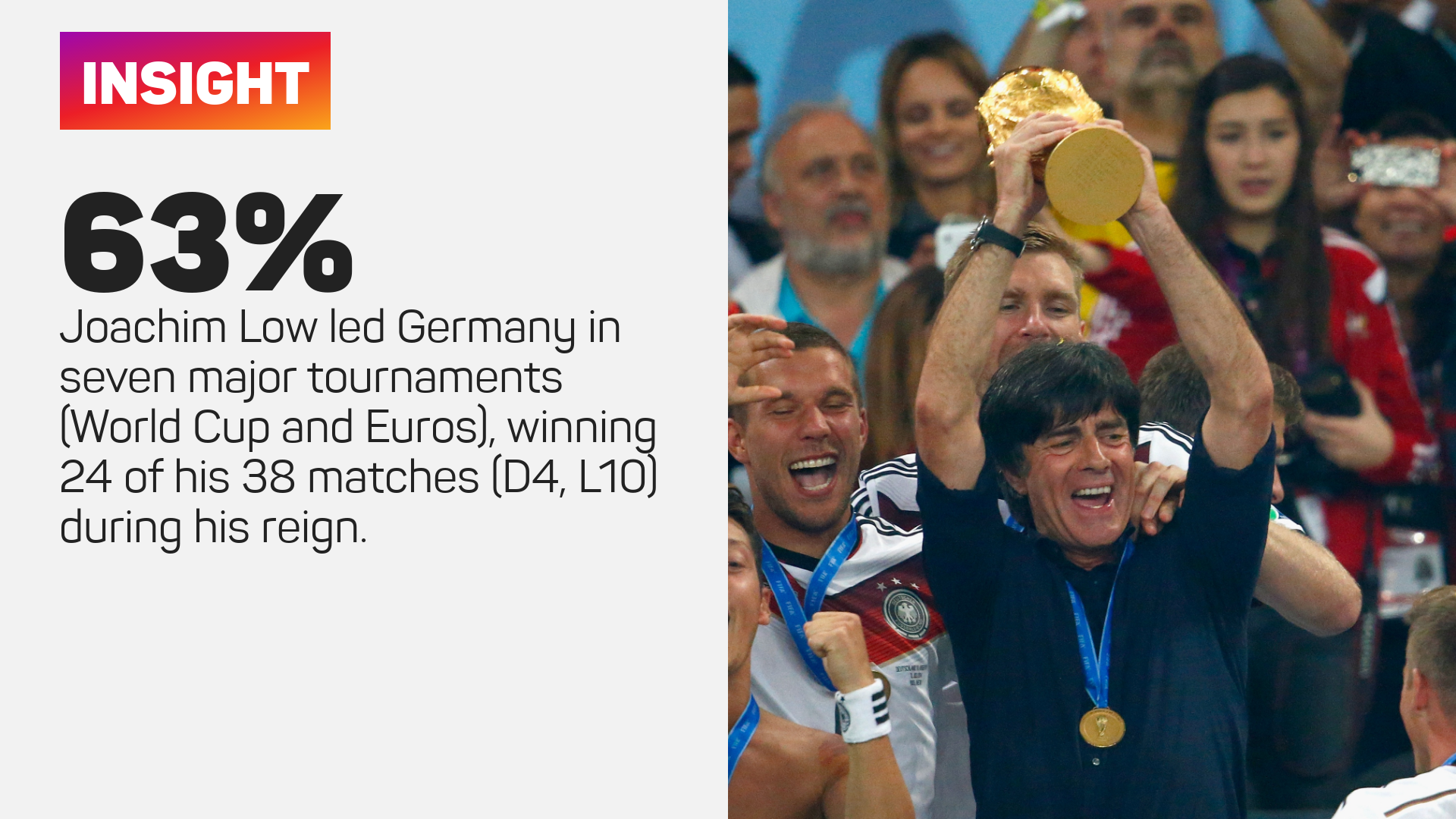 National team director Oliver Bierhoff, meanwhile, made it clear Flick will be under immediate pressure.

Germany return to action in World Cup qualifying in September with games against Liechtenstein, Armenia and Iceland.

They will be expected to prevail in each of those matches but have work to do after a shock defeat to North Macedonia back in March left them third in their qualifying group with six points from three games.

And Flick will be under no illusions that he needs to quickly turn that situation around and secure qualification for next year's World Cup in Qatar.

"As Germany it will always be our ambition and our inspiration to be at the forefront, we've got good players," Bierhoff said. "What we didn't manage to do this time was to have a certain continuity to get that into our game.

"Now Hansi Flick is going to do what he can, the aspiration will be to qualify easily and aspire to win [the World Cup].

"I think he's going to be able to work really well with the team, we're going to sit down in the days to come and go through the plan.

"We're going to be talking about what kind of football he wants to play, we want a team that has a clear identity. He doesn't have a lot of time." 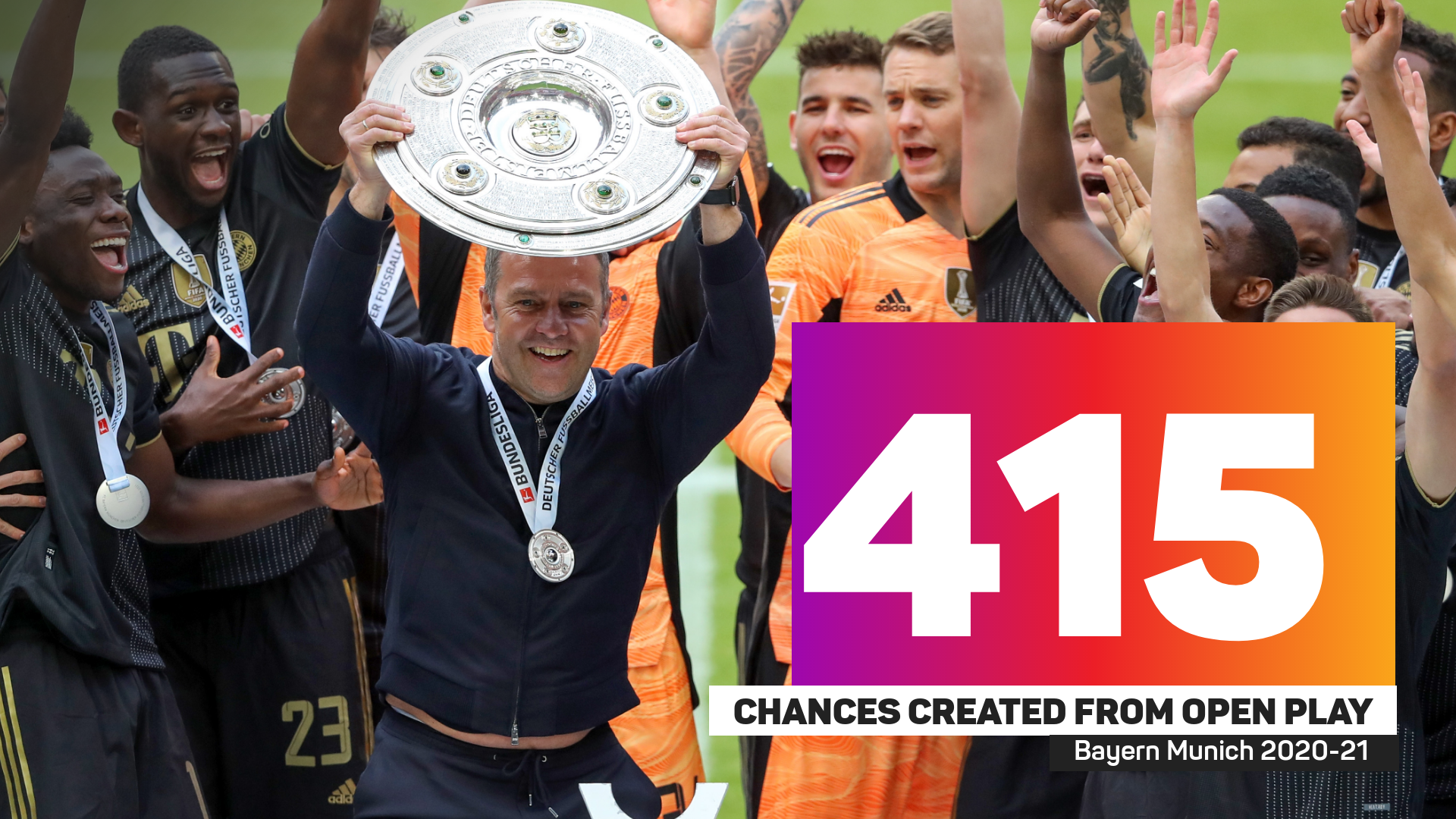 Flick may use those favourable opening games as a chance to re-establish Germany's incisiveness.

By contrast, Germany's total of 25 from four games was below the average for Euro 2020 of 28.96. England have managed just 18 from open play in the tournament, but the Three Lions' ability to create chances and convert them when it mattered was ultimately the decisive factor in bringing an end to Low's reign.