Italy and Spain are preparing to face one another for the 10th time at a major tournament, but Luis Enrique believes this is an Azzurri side like never before.

The two old rivals have been paired again in the semi-finals at Euro 2020, making this the most common fixture at the European Championship and World Cup combined.

This will be the seventh Euros clash, with the sides meeting at least once in four consecutive championships.

Spain eliminated Italy in 2008 and beat them in the final in 2012 but were toppled by the Azzurri four years later and now face a rejuvenated Roberto Mancini outfit.

"This Italy side isn't, perhaps, like the ones of years gone by – one that would sit back and wait to see what happened," Spain coach Luis Enrique said.

"This is an Italy side with great players who aim to have a lot of possession. This will be the first battle in the game: who dominates possession?

"I don't think both of us can dominate, so it'll be interesting to see who wins this tussle.

"Apart from having top players, Italy are a real team. They attack and defend as a unit, which is really similar to what we do.

"They also employ a high press, which it would be hard to imagine an Italian side from the past doing.

"Now they're strong in several ways of playing, meaning that the game will be really interesting. Both teams will have their moments."

Mancini, whose men are unbeaten in 32 and have won 13 in a row, was asked how Italy's Jorginho might match up against Sergio Busquets. 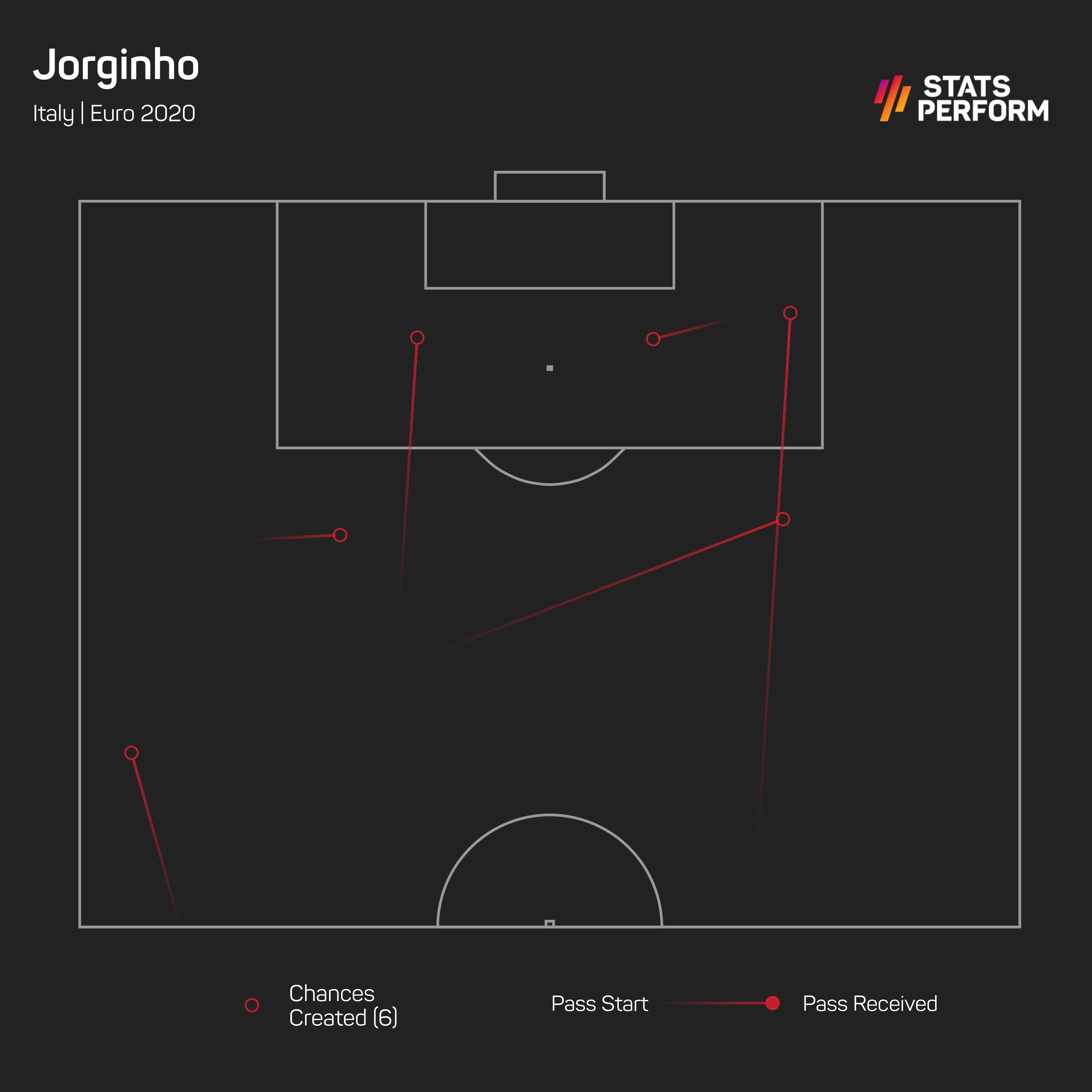 Among midfielders to have played 90 minutes or more at the tournament, Busquets ranks eighth for passes attempted per 90 (77.7) and Jorginho 10th (74.9).

"Certainly, they are among the best in their role," Mancini said.

"Busquets has been a fantastic player for many years. He has been around for longer, compared to Jorginho.

"Considering the way he is playing right now, however, Jorginho is certainly among the best, too."

Leonardo Spinazzola has been one of the tournament's most impressive players at wing-back for Italy, creating seven chances from open play – including one assist – and having a championship-high six shot-ending carries. Emerson is likely to be the man asked to step in, having replaced Spinazzola against Belgium after he was taken off on a stretcher, and has big boots to fill.

Busquets might have been the man at the centre of pre-match discussion, but Pedri has arguably been Spain's most impressive midfield performer at these finals. Against Switzerland, he created five chances and made five tackles. The Barcelona teenager has been involved in five more shot-ending sequences (35) than any other player at Euro 2020.

– Italy have only beaten Spain twice in their past 14 meetings in all competitions (D7 L5), a 2-1 friendly win in 2011 and, most recently, a 2-0 victory at Euro 2016 in the last 16, with goals from Giorgio Chiellini and Graziano Pelle.
– The Azzurri have reached their 12th semi-final at a major tournament (EUROs/World Cup), with only Germany (20) appearing at the final four stage more often among all European sides. They have progressed from nine of the previous 11 semi-final ties, including each of the past four – most recently in this competition in 2012 when they eventually lost in the final to Spain (4-0).
– Italy have won all five of their matches at Euro 2020, the only side of the remaining final four with a 100 per cent record to date. Only at the World Cup (Italia 90) have they won more games at a single major tournament (six), while the only European side to win each of their first six games at a major tournament was the Netherlands at the 2010 World Cup, when they suffered defeat to Spain in the final in South Africa.
– Spain have reached the semi-finals of the European Championships for the third time in the past four editions of the competition (failing to do so in 2016). Indeed, they have gone on to win the competition on each of the past two occasions they have reached the final four – in 2008 and 2012.
– After losing each of their first four matches at Wembley Stadium between 1955 and 1968, Spain have only suffered one defeat in their past five matches there (W2 D2). However, they were knocked out of the Euros in 1996 at Wembley, losing to hosts England on penalties.