England may be humble and respectful as a group of players but Harry Kane insists they are ruthless enough to secure the trophy.

Harry Kane has rejected the suggestion England are too nice ahead of the Euro 2020 final, with Gareth Southgate's squad ready to test their mettle once again after "knocking down barriers" to set up a showdown with Italy.

England will be aiming to win a first major international trophy since the 1966 World Cup, a 55-year-drought during which they have never made it beyond the last four at any tournament.

However, Kane's winner in extra time against Denmark on Wednesday secured a place in this year's European Championship showpiece – and they will have home advantage again when they face the Azzurri at Wembley Stadium.

Southgate and his players have ended the nation's long, at times painful wait to reach another final, but Kane made clear on the eve of the contest that being "humble and respectful" as a group does not suggest they lack the ruthless edge required to get the job done on Sunday.

Asked during his pre-match media duties if England are too nice, he replied: "No, I don't think so

"That's the personality of a lot of the players in the squad, they are humble and respectful, but we have a focus and determination to win, we've shown that in last tournament and this, knocking down barriers that have been there for a long time.

"In modern football there isn't so much mind games before, getting too hyped or out of control.

"We have a real vision of where we want to be and without that and our winning mentality we wouldn't be where we are now." 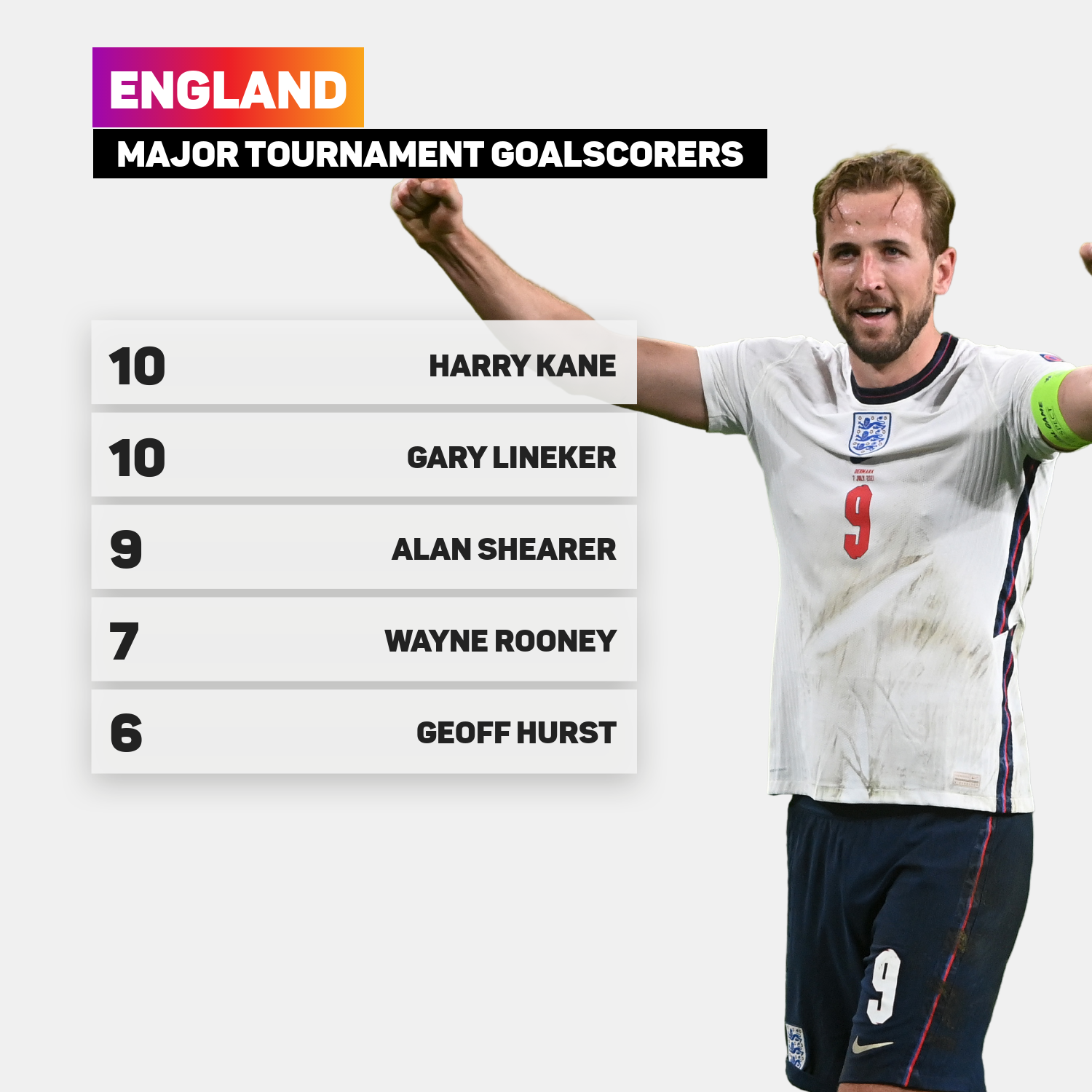 Southgate played for England when they lost in a Euros semi-final to Germany at the old Wembley back in 1996, when the song 'Three Lions' by English comedians David Baddiel and Frank Skinner became synonymous with the tournament.

The lyrics reference the failures to replicate the success enjoyed by Alf Ramsey's side over West Germany in 1966 and it has remained popular ever since, particularly when the national team are in action at a major event.

While Southgate has mixed emotions towards the song – it was his missed penalty that proved costly in the shoot-out against the Germans 25 years ago – he is delighted with the support his players have received this year.

"I didn't want to listen to it for 15 years because it was too painful for me," Southgate, who confirmed Phil Foden is a doubt to face Italy due to a knock, said to the media.

"You have to know the English to understand our humour and our humour is probably quite unique. It's certainly not arrogant, the lyrics are making fun of ourselves and what's gone wrong before.

"It's always appeared at tournaments, we have a couple of replacements that seem to have come through now, which is nice to move things forward.

"The atmosphere in the ground is great. When we started three four years ago, we had people throwing paper planes, they weren't behind the team and there was an apathy towards the team, but now the energy is fantastic.

"It's so important for the players, they need that warmth and it's definitely helped inspire us in this tournament."

Fofana carried off on stretcher in Leicester's pre-season friendly

Leicester City suffered a pre-season setback as Wesley Fofana was forced off on a stretcher against Villarreal on Wednesday.

Chelsea threw away a two-goal advantage in pre-season to share the spoils with London rivals Tottenham at Stamford Bridge.

Following in the footsteps of Trent Alexander-Arnold and Fabinho, Alisson has also signed a new Liverpool contract.