Throw them to the lions!

England's bloodlust was dramatically sated in Rome's modern sporting colosseum as Ukraine were ruthlessly torn apart, victims of such savagery that might make an emperor think he could soon rule Europe.

Four-nil, and even Jordan Henderson scored. England doubled their goals haul for Euro 2020 and have still yet to concede. This is Italian-like behaviour by the Three Lions. Where was the drama, where was the pain? This team rarely make it easy for themselves but here they trampled all over the opposition.

Goodness knows what Denmark made of it all, given they are next in line.

Home advantage at Wembley seemed to serve Gareth Southgate's players well in their early games at this tournament, and being taken out of that comfort zone triggered all sorts of concerns. If goals had been hard to come by at home, then would this be one of those nights of England toil, where perhaps they might grind out something ugly and winning but perhaps their bubble might burst too? Would it all end miserably, probably on penalties in that great English tradition.

By the time substitute Henderson nodded Mason Mount's corner past Georgi Bushchan for the fourth goal of the night, any such concerns had long been banished.

The Liverpool captain's first senior England goal arrived on his 62nd appearance. Of all England's goalscorers in their history, nobody has waited longer for that magical moment. Sol Campbell had been the previous holder of that curious record, scoring his first in his 47th appearance.

It was a third headed goal of the night, England now Europe's masters at using their noggins, netting 10 headers across this campaign and their 2018 World Cup semi-final run, where no other European side has managed more than four.

This team plays some beautiful football on the floor, with Jadon Sancho coming into the England ranks for this game and looking like he had been playing there all throughout this run, which will come as good news to Manchester United. Raheem Sterling's winding run and super throughball for Harry Kane to prod the fourth-minute opener was typical of this new England. 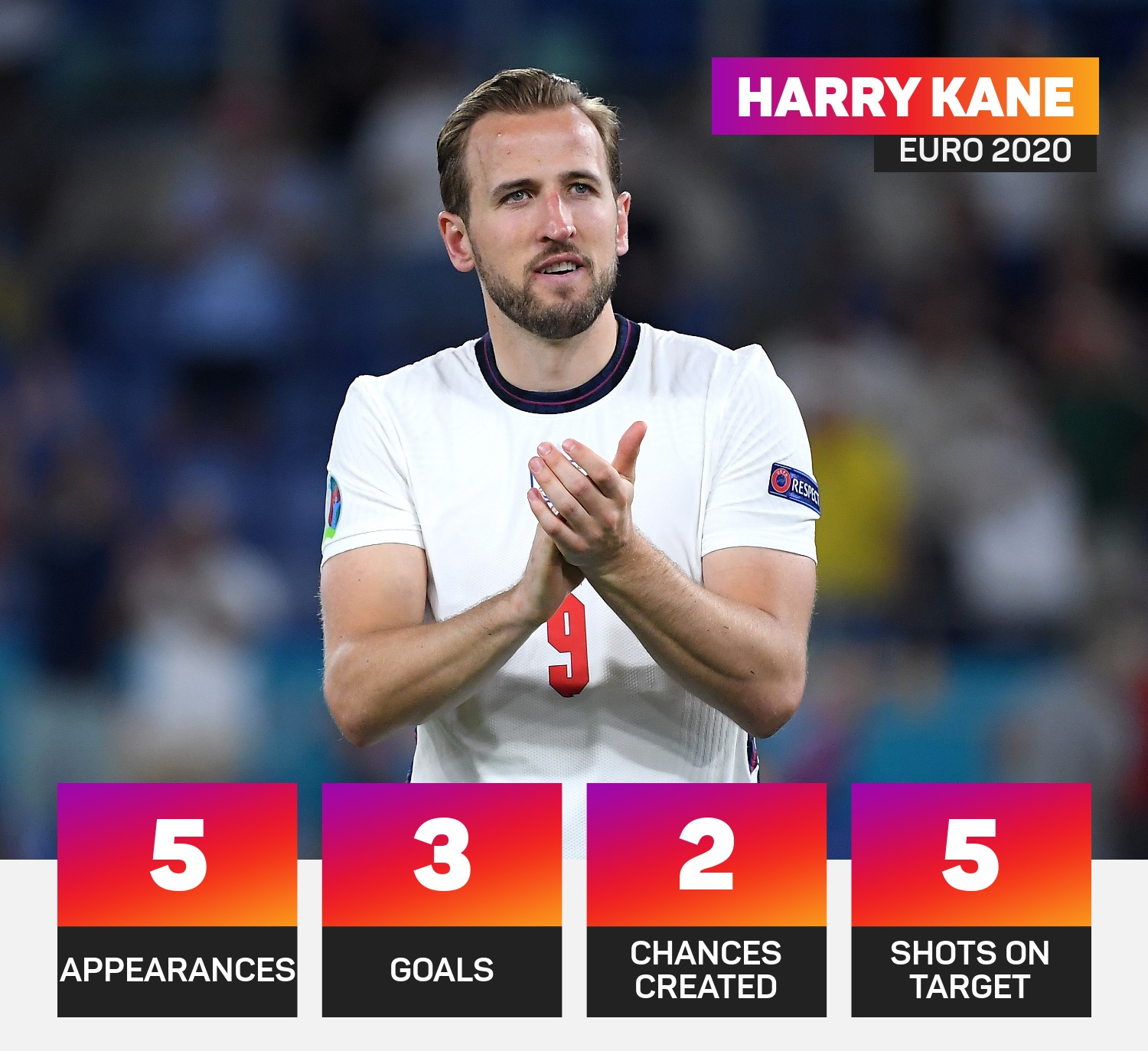 "I think rotations in the forward area for this team is so important," Rio Ferdinand said on the BBC at half-time. "People that run off the ball, run people away – it's not there for the naked eye sometimes, but it's people who are running people away, opening space and creating space."

Alan Shearer chipped in too: "Everyone's on the same wavelength, everyone wants the ball, backing each other up. It's really, really intelligent, exciting play."

But England do not eschew the direct stuff; Luke Shaw with a free-kick bang into the heart of the penalty area to set up Harry Maguire for the thumping 46th-minute header that made it 2-0, sparking joyous celebration.

And then Shaw with the delicious cross to give Kane the chance to nod England three clear just four minutes later.

Shaw, it should be said, was exceptional.

In the stadium where Jose Mourinho will resume his coaching career in the new Serie A season, as boss of Roma, Shaw provided the perfect response to his former Manchester United manager's recent criticism.

Mourinho reckoned Shaw's set-piece delivery in England's group game against the Czech Republic had been "dramatically bad", but even the Portuguese might shrink from picking any holes in this display.

It was remarkable that Kane finished as the Premier League's top scorer in Mourinho's muddle of a Tottenham side last season, and absurd that a couple of so-so performances for England early in this tournament should have led to doubt being cast on his place in Southgate's team.

He now has three goals in Euro 2020 and nine major tournament strikes across his England career, one behind all-time leader Gary Lineker.

Kane almost reached 10 in Rome, lashing a brilliant volley that was beaten away by Bushchan for the corner from which Henderson scored.

History told us that this game would go to penalties – all three of England's previous European Championship quarter-finals had.

Yet new England have little respect for anything that history might dictate, and now Wembley awaits them on Wednesday. England return home as heroes.

"It's the hope that kills you," Lineker joked on the BBC. To any English person used to failure, this all feels too good to be true.

But as Southgate said, teeing up the Denmark game moments later: "Everybody can really look forward to that, it's brilliant."