Villarreal face Liverpool in the first leg of their Champions League semi-final on Wednesday and Raul Albiol is aiming to make history.

Raul Albiol says reaching the Champions League final with Villarreal "would become a milestone in the history of football" as they prepare to take on Liverpool in the last four.

The Spanish club have already defied the odds by eliminating heavyweights Juventus and Bayern Munich en route to setting up a two-legged showdown with Liverpool.

Villarreal are up against English opponents for the fourth time out of their past five major European semi-final appearances.

That includes a 3-1 aggregate defeat to Liverpool at this stage of the 2015-16 Europa League, and they enter this latest encounter as underdogs despite their impressive run.

While aware of the size of the task that awaits his side, Villarreal skipper Albiol is eager to write his name in club folklore by keeping their European adventure alive.

"It would be a dream to play the Champions League final with Villarreal, a humble and hardworking team that has struggled to remain among the elite," he told UEFA's website.

"A club coming from a town with 50,000 inhabitants making it to the Champions League final would become a milestone in the history of football.

"So, it would be something that not only Villarreal supporters would remember but many football lovers." 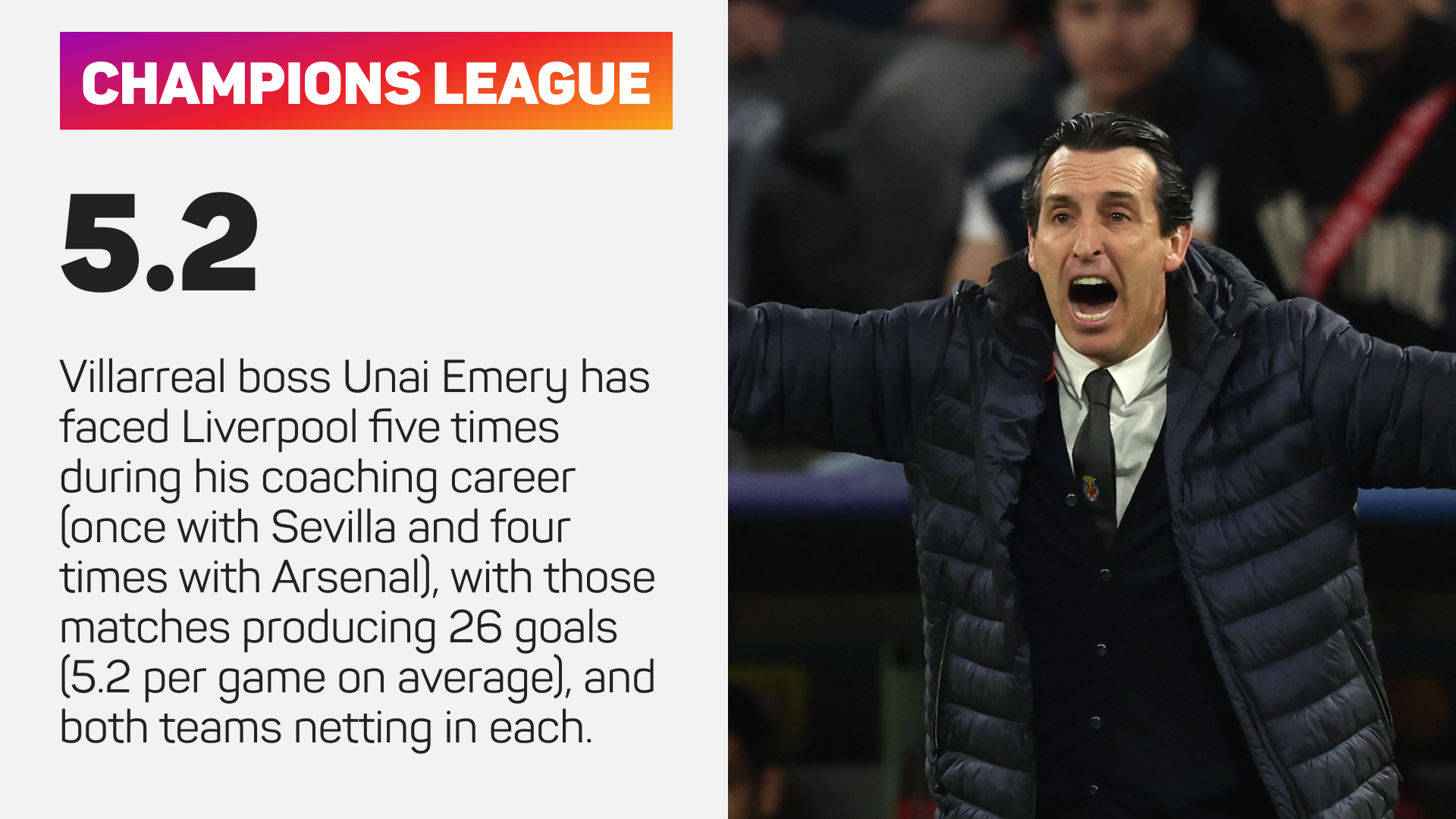 Albiol has won eight trophies at club level across an 18-year career, including the Europa League with Villarreal last season.

That ensured a place in this term's Champions League, and Villarreal have lost just two of their 10 matches thus far.

Reflecting on the past year, Albiol – a member of Spain's 2010 World Cup-winning squad – said: "The Europa League's helped us have these experiences in the Champions League.

"They are not at the same level, but last year we started to be a competitive team in Europe and to know how to play in tough knockout rounds.

"I think that now, by eliminating Juve and Bayern, we have shown that the team has personality, knows how to suffer; we have come through in difficult moments.

"Winning the club's first European title was historic, but if we suffer defeat to Liverpool, it could be historic too.

"So, we have to do our best during these two matches to try to do it; we have to give everything to write another chapter in history.

"If Villarreal got into the Champions final, it would be something historic for a club, and a village, such as Villarreal."

Villarreal are winless in their past eight trips to England in European competition, most recently losing 2-1 to Manchester United in the group stage seventh months ago.

Belief is high in the Yellow Submarine's camp, however, having also won back-to-back domestic matches to climb up to seventh in LaLiga.

"It reflects that with effort, dedication and team spirit, you can achieve great things – and that money and great players are not the only way to win titles," Albiol said.

"In the end, we are a great group of players with a good level, who want to grow and improve, who work hard and spend many hours getting ready for every match with the staff.

"We are now at that point in which we can believe."