Speaking at a press conference ahead of his Netherlands team's friendly against Germany, Van Gaal said the in-demand Ajax coach "should choose a football club, not a commercial club."

Van Gaal spent two years in the Old Trafford dugout between 2014 and 2016, bringing the club their first major trophy since Sir Alex Ferguson's retirement when he led them to the FA Cup in 2016.

With the Red Devils' interim boss Ralf Rangnick widely expected to vacate the post to focus on a consultancy role with the club after an underwhelming season, Van Gaal has warned Ten Hag, considered one of the front runners for the job, against making the move to Manchester.

The United hierarchy have been reported as having already made contact with the Ajax boss, but his compatriot, though calling Ten Hag a "great coach", believes the move would not be the best for his career.

"I think Ten Hag is a great coach; I said that multiple times," Van Gaal said.

"A great coach is good for Man United. But Man United is a commercial club.

"Those are difficult choices for a coach. As a coach, you should prefer a football club.

"I won't accompany his career. If he wants that, he will call me. We have conversations with each other.

"He should choose a football club, not a commercial club."

Van Gaal was an outspoken critic of United's commercial activities during his time with the club, lamenting the physical effects of a pre-season tour during his first summer in charge in 2014. 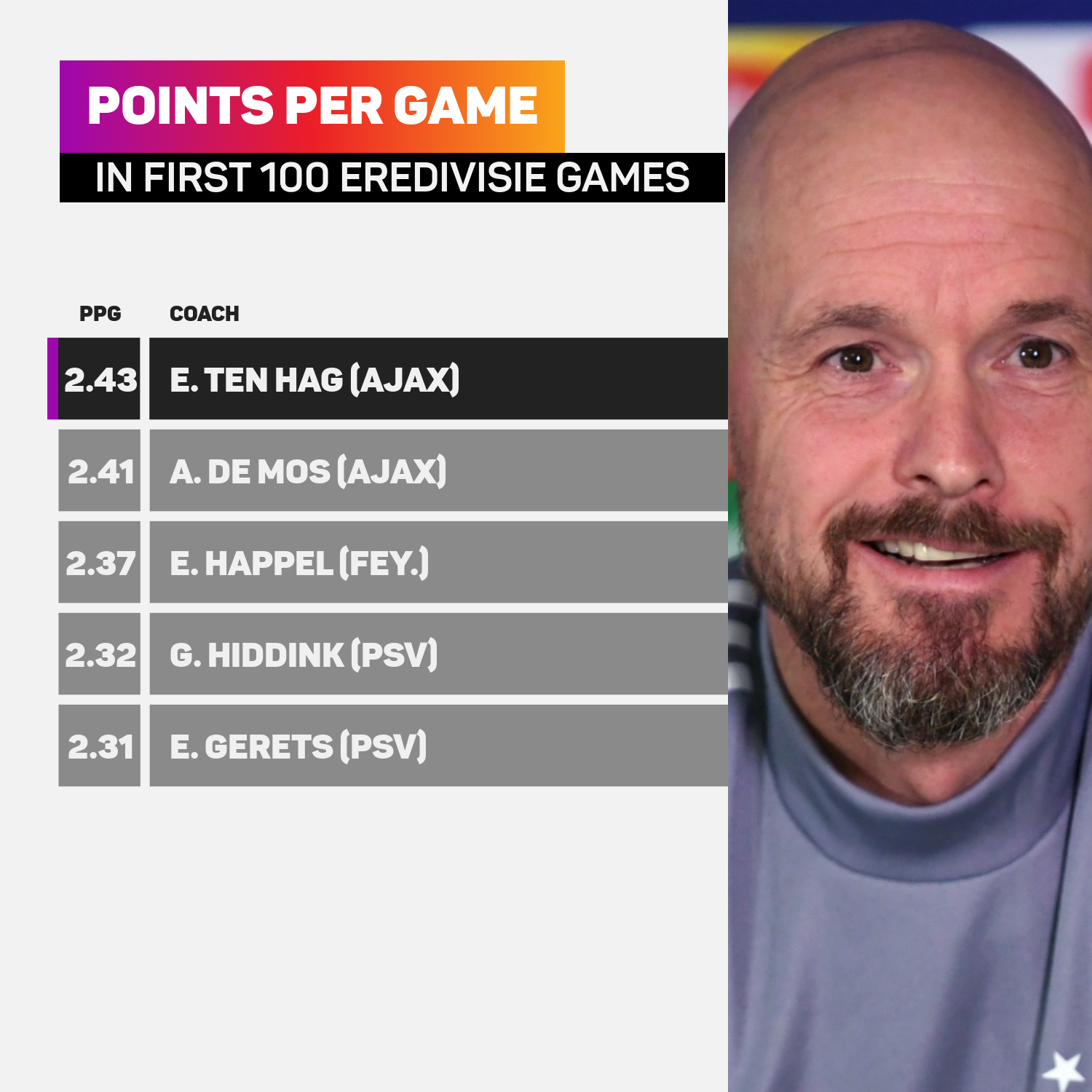 Ten Hag has won 153 of his 207 games in charge of the Amsterdam giants in all competitions, but last month's Champions League exit to Benfica was a disappointment, and meant Ajax have failed to win any of their last nine home knockout games in Europe's premier club competition.

Manchester United legend Gary Neville has said he expects an announcement on the club's new manager shortly, with the side facing the prospect of missing out on Champions League football after a frustrating campaign.

The Red Devils have lost two of their last three games under Rangnick in all competitions, having lost just one of their previous 20 matches.

Their recent eliminations from the Champions League and FA Cup, meanwhile, mean United are guaranteed to go five consecutive seasons without lifting a major trophy, with 2017's Europa League triumph under Jose Mourinho representing the club's last taste of silverware.