Chelsea head coach Thomas Tuchel is under contract until the end of next season but is in talks to extend those terms.

Thomas Tuchel has confirmed he is in talks with Chelsea over extending his contract at Stamford Bridge.

The 48-year-old succeeded Frank Lampard as Chelsea head coach in January 2021 on an initial 18-month basis.

Tuchel then penned a two-year extension to that deal in June last year, less than a week on from guiding the Blues to Champions League glory.

Former Borussia Dortmund and Paris Saint-Germain boss Tuchel is now discussing fresh terms to stay on in west London beyond the end of next season.

"There are talks," Tuchel told reporters ahead of Sunday's Premier League meeting with Leeds United.

"I think given the situation where we come from, and where we are in the middle of the transfer period, it is better if I focus on my team and on sports and on being competitive.

"My people talk to the owners and take care of everything else. You know how glad I am to be here and how much I like it. So it's a good thing."

Tuchel was this week fined £35,000 and given a one-match touchline ban after being charged for his confrontation with Antonio Conte in last week's 2-2 draw with Tottenham.

While Tuchel accepts the punishment, which has been temporarily suspended, the German reiterated that he would prefer Anthony Taylor not to referee Chelsea games in future.

Chelsea have won 17, lost seven and drawn 11 of their 35 matches officiated by Taylor, who was in the middle for the ill-tempered London derby in which Conte was also sent off. 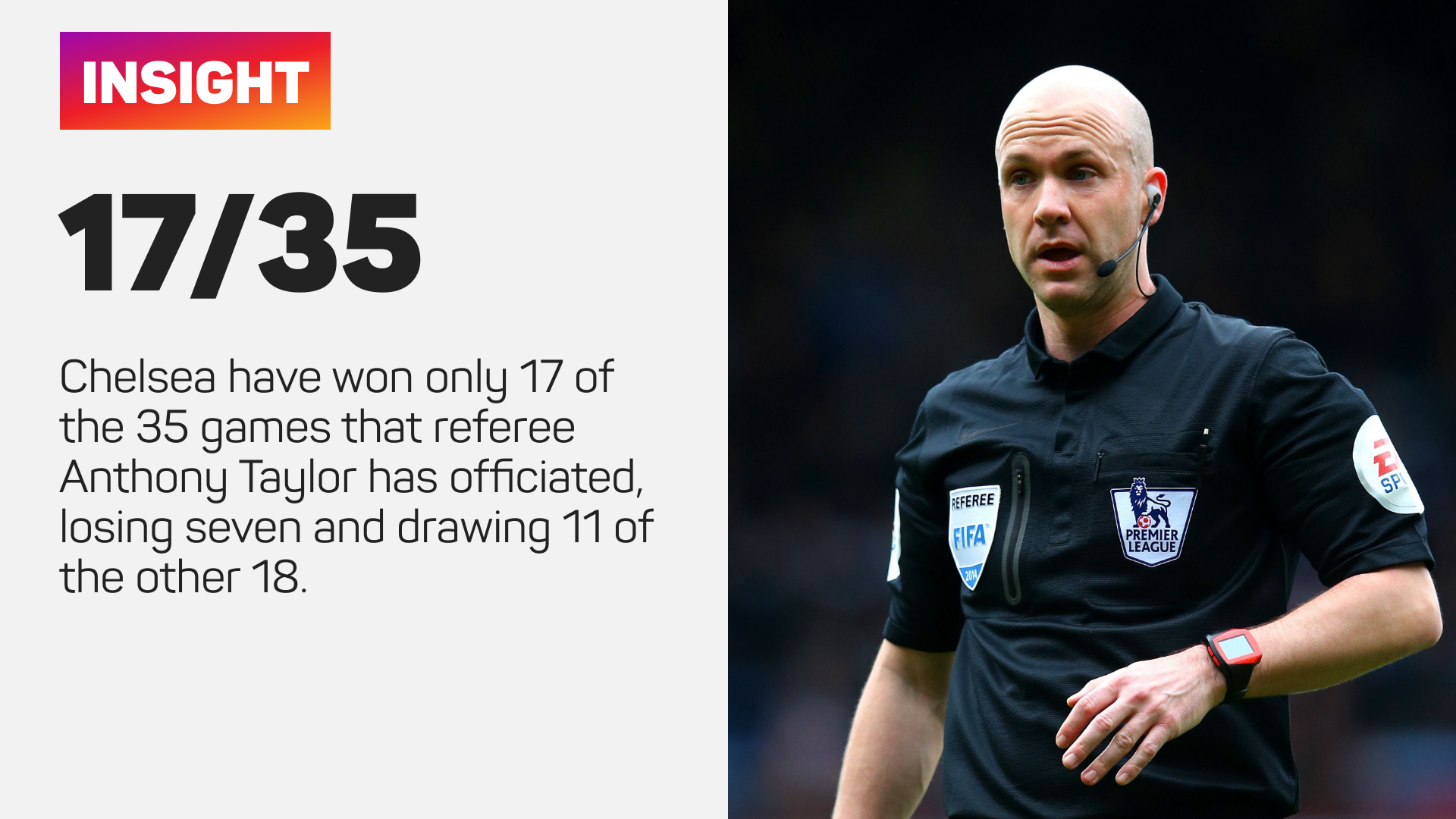 "I think it is more than just a feeling I have - there are some statistics that underline that we struggle to get the same results with him refereeing," Tuchel said.

"Again, we never attacked or questioned his integrity or honour. It was about this game and I think it was in an acceptable way without being personal or falling out of line.

"I will accept [any decisions] but maybe it would be better [for Taylor not to referee Chelsea again].

"I want to make it very clear I did not attack his integrity. I said very, very early that the two decisions were decisions for the VAR.

"I was not happy for the way he whistles the game but this is okay. But this is what happens. That will go to the FA and they will decide."

Chelsea make the trip to Leeds looking to bounce back from their draw with Tottenham, which followed a 1-0 win at Everton on the opening weekend of the campaign.

Since Tuchel’s first away Premier League match in February 2021, only Manchester City (23) have won more away games than the Blues (19).