From Tottenham star to Turkey – Dele Alli's fall from grace

Dele Alli was seen as one of the brightest prospects in world football during his early days at Tottenham, but he is now leaving England.

Jose Mourinho's words of advice to Dele Alli have been well publicised ever since the release of the Tottenham-focused All Or Nothing documentary series in 2020.

"I am 56 now and yesterday I was 20. Time flies. One day I think you will regret it if you don't reach what you can reach," the former Spurs boss told Alli, who for the first time in his rough career was, at the start of the 2019-20 season, enduring a rough patch of form.

Less than 18 months after the documentary aired, Alli's Tottenham spell was over, moving to Everton on what was initially a free transfer at the age of 25.

Frank Lampard was confident he could reinvigorate the midfielder, whose ability to find space in the area had often drawn comparisons to the Chelsea great. Yet with Everton fighting to survive, questions over the sensibility of the transfer were raised.

Now, his stint at Goodison Park is coming to an end, at least for the season. Alli has joined Turkish club Besiktas on loan, and while a hero's welcome in Istanbul will surely have been a boost to his confidence, it is hard not to look back at Mourinho's words and think where did it all go wrong for one of England's brightest prospects?

Superstar in the making

Alli's rise was nothing short of sensational. Having signed from MK Dons, Alli made his Premier League bow for Spurs against Manchester United in August 2015. He went on to score 10 top-flight goals and provide nine assists in a remarkable breakout campaign.

His best season followed in 2016-17, when he scored 22 goals in 50 appearances across all competitions, averaging a goal every 182 minutes. He followed that up with 29 direct goal involvements (14 goals, 15 assists) in the 2017-18 campaign, and was a key player for Gareth Southgate as England went on to reach the World Cup semi-finals at Russia 2018. It is hard to see him being involved in Qatar this time around.

Given a free role behind Harry Kane in Mauricio Pochettino's side, Eriksen was able to thrive, running beyond the striker to latch onto pinpoint Christian Eriksen deliveries, or able to find pockets of space on the edge of the box to show his prowess with shots from range. He truly looked to have it all. 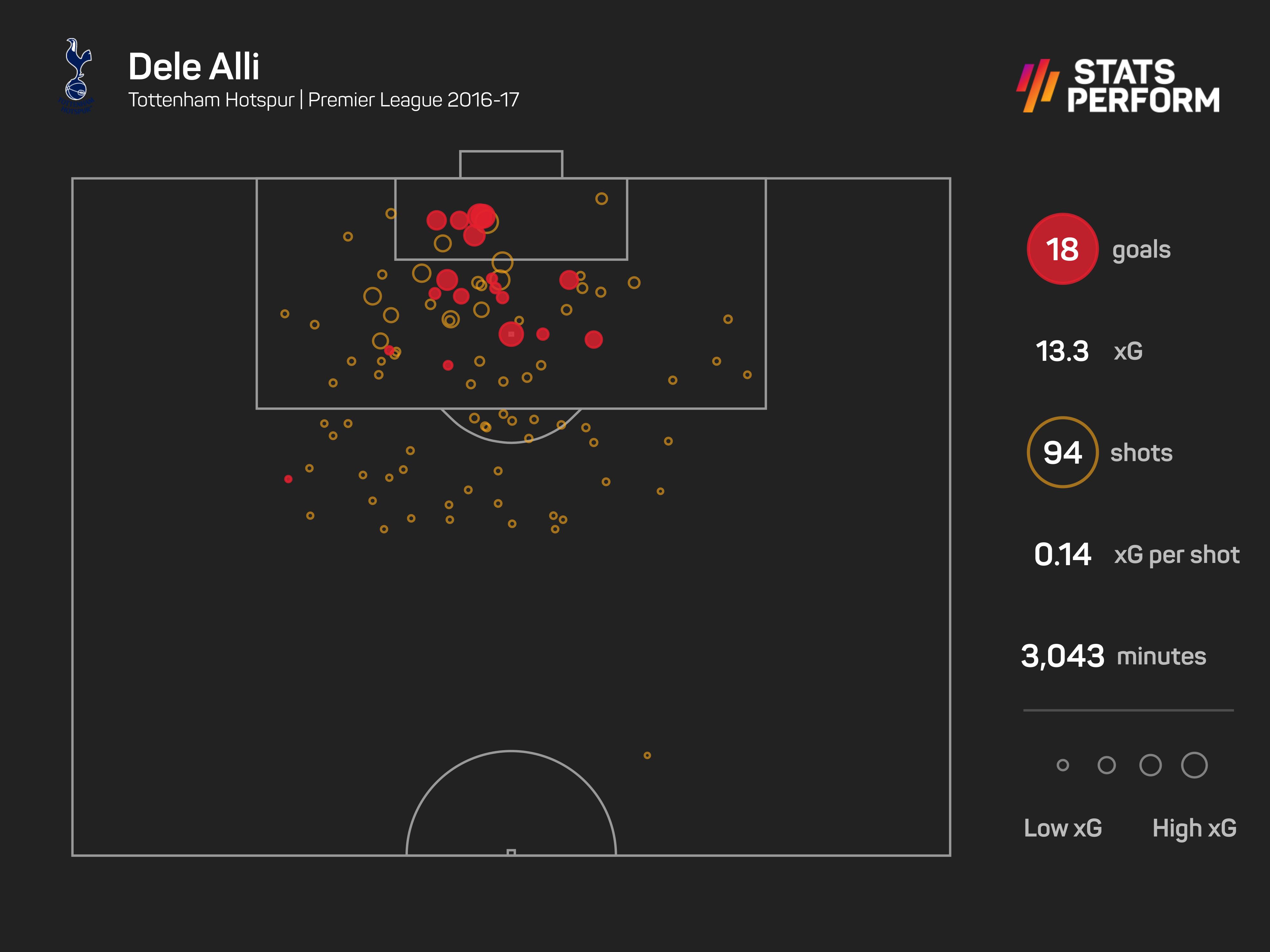 Spurs reached the Champions League final in 2019, but it would be fair to say even by that stage, Alli's impact had started to wane. Injuries did not help, but he managed only eight direct goal contributions in the Premier League that season and failed to score in Europe.

Pochettino's tenure came to an end in November 2019. Alli had scored twice in the league prior to Pochettino's dismissal, but had been particularly close to his coach (indeed, when Alli left Spurs, he paid tribute to the impact the Argentine had on his career).

Mourinho arrived and, while some hard truths might have been given behind the scenes, Alli looked sharp in the Portuguese's first weeks at the club. But the promising signs did not last, and prior to the coronavirus-enforced lockdown of March 2020, he was by no means a guaranteed starter.

Alli finished the elongated Premier League campaign with eight goals in 25 appearances, but in Mourinho's first full season in charge he was relegated to a benchwarmer, making just two top-tier starts before the former Manchester United and Chelsea manager was sacked in April 2021.

Nuno Espirito Santo attempted to play Alli deep in midfield in his short-lived Spurs spell, and his last goal for the club did come under the ex-Wolves boss, from the spot in a 1-0 win at Molineux. Yet Antonio Conte started him just twice in the competition, and the writing was on the wall when he was left out of Tottenham's squad altogether for a meeting with Chelsea in January.

Alli and Lampard both spoke glowingly of the transfer to Everton, sealed on the last day of the January window.

Those words did not translate into minutes for Alli, though. He came on for his Everton debut in a 3-1 loss to Newcastle United in February, and despite a promising cameo in a 3-0 defeat of Leeds United, time on the pitch was even tougher to come by as the Toffees slipped further into the relegation dogfight.

While Alli came on to play a key role in a 1-1 draw with Leicester City, it did seem as though whatever plan Lampard had for the midfielder had been cast to one side, but a game-changing performance in Everton's survival-clinching comeback win over Crystal Palace in May suggested there could be a place for him at Goodison this season, especially following Richarlison's sale to Spurs. 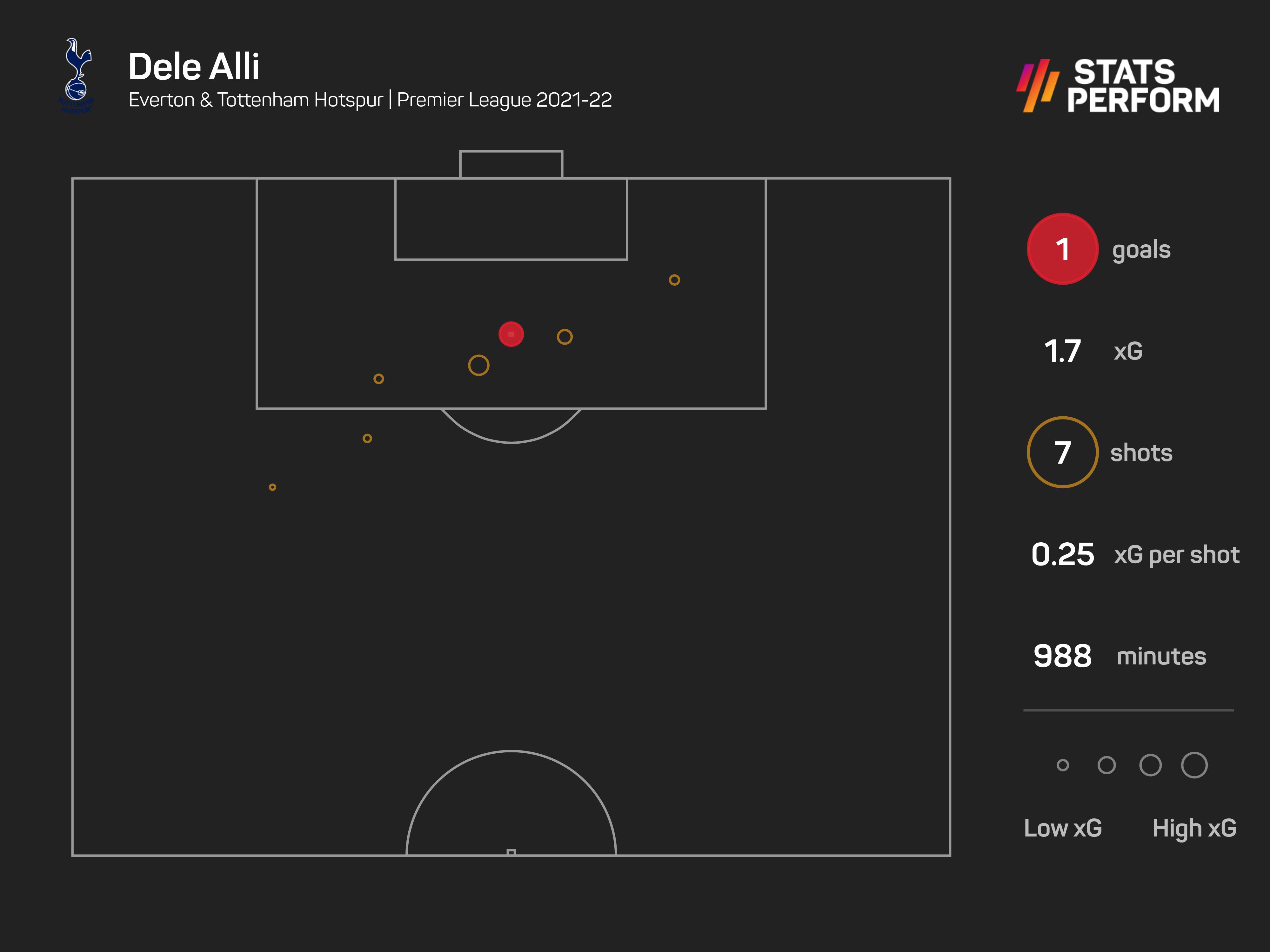 Even without a recognised striker fit to feature from the off in matches against Chelsea and Aston Villa, though, Lampard went with Gordon – himself set for a move to London – up front over Alli, who had deputised in an attacking role in pre-season.

Last week, reports of Besiktas' interest were confirmed by Lampard, and once again the writing was on the wall, especially with Everton wary that if Alli played 20 times (he finishes with 13 appearances, no goals or assists and only seven chances created), they would have to fork out £10million to Tottenham.

Now, it is in Turkey that Alli will attempt to revive a career that once promised so much. He joins Istanbul on loan with an option for the Istanbul club to buy. It is hard not to think he won't have Mourinho's comments running around his head.

Chelsea attempted to sign Romeo Lavia from Southampton on deadline day, having only just joined the Saints from Manchester City.

Frank Lampard was convinced the refereeing team missed a trick by not red-carding Virgil van Dijk in Saturday's Merseyside derby.

Conte urges Spurs to 'be realistic' amid unbeaten run

Tottenham have equalled their best-ever start to the Premier League season with 14 points from six matches.