Tottenham missed the chance to return to the top four as Aston Villa ended a run of five straight Premier League defeats in London.

Emiliano Buendia and Douglas Luiz condemned Tottenham to a 2-0 defeat at the hands of Aston Villa in their opening match of 2023.

Antonio Conte's side missed the chance to return to the top four as their opponents ended a run of five successive Premier League defeats in London.

Villa, who also claimed a first clean sheet in the English capital in 14 attempts, struck twice after the break at the Tottenham Hotspur Stadium with neat finishes from Buendia and Douglas Luiz.

Tottenham remain fifth after suffering only a second loss from their last nine matches played on New Year’s Day.

The visitors enjoyed most of the possession during the early stages of the first half.

A swift counter culminated in Ollie Watkins drilling a low 20-yard effort narrowly wide of the near post, while an important Boubacar Kamara block denied Matt Doherty at the other end after the Tottenham full-back’s strong run into the box.

Villa then had Ashley Young to thank five minutes before the break, the full-back showing brilliant reflexes to clear Harry Kane’s goalbound header off the line.

But the visitors snatched the lead within five minutes of the restart. Watkins reacted quickly after Hugo Lloris spilled Douglas Luiz's fierce long-range effort, the England striker teeing up Buendia to slot home.

The roles almost reversed in the 62nd minute when Buendia's neat through-ball found Watkins, who was blocked by the recovering Doherty. 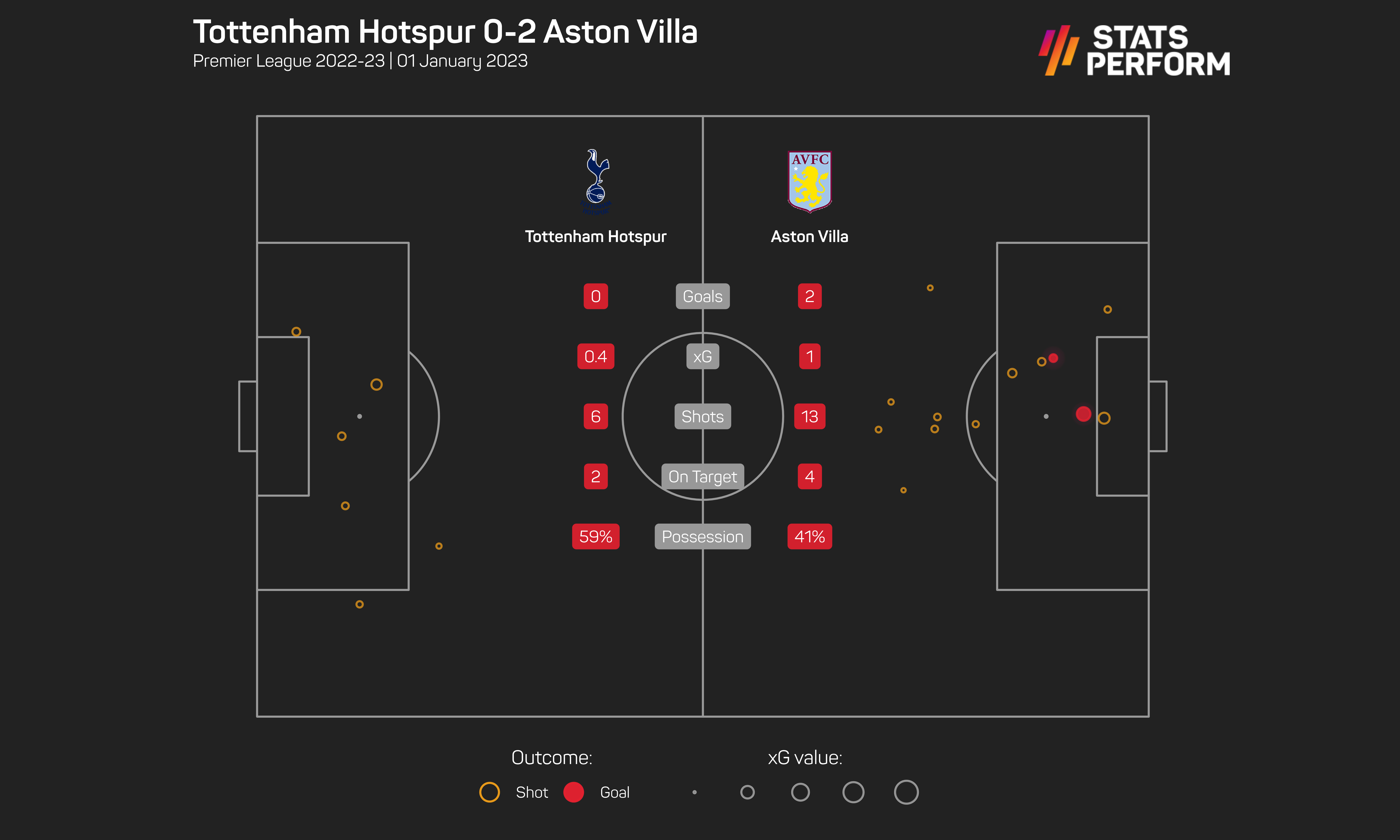