The third full day of the Tokyo Olympics sees 21 gold medals up for grabs during a packed programme.

The rugby sevens event gets under way and the men's triathlon will also take place.

Stats Perform picks out some of the standout action. 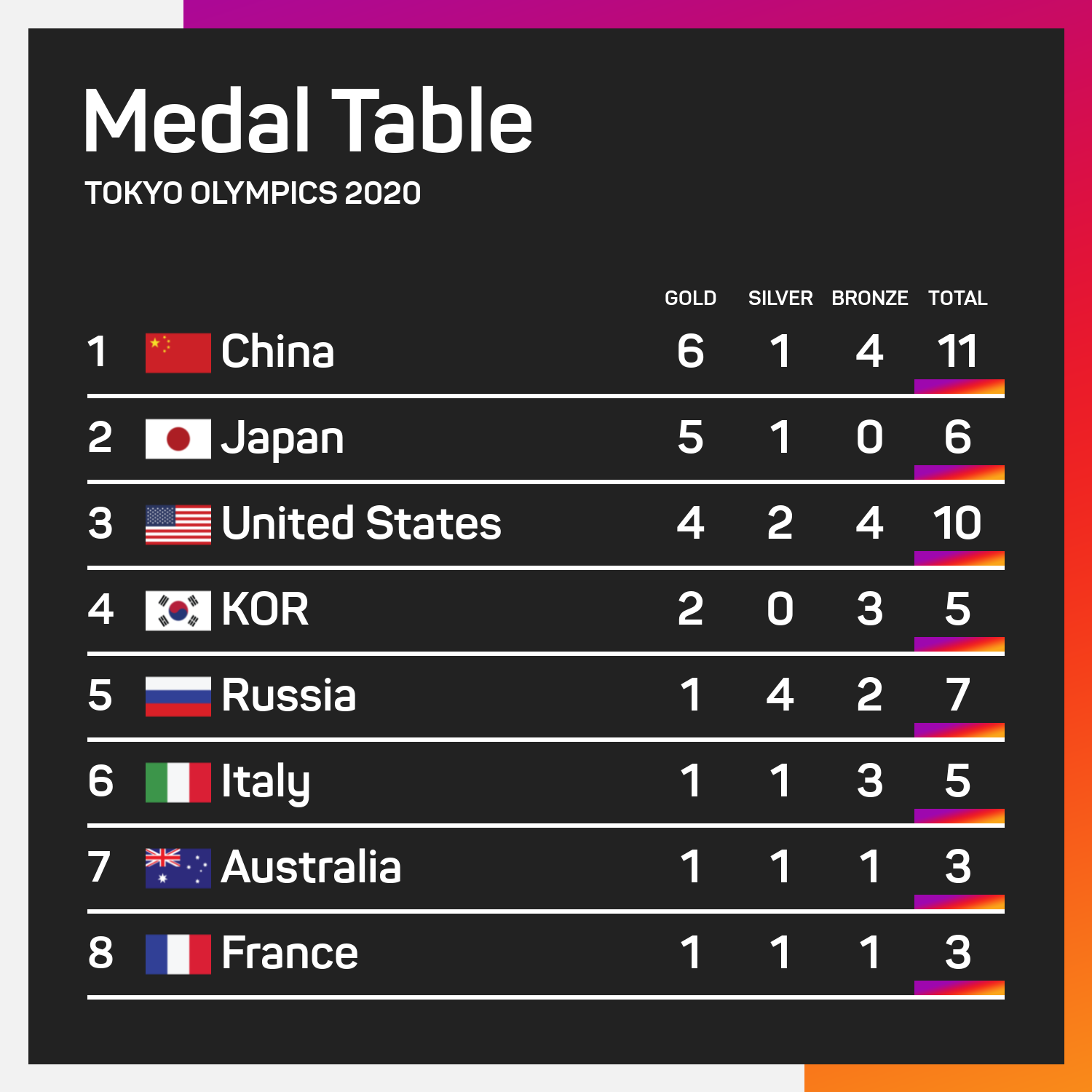 After winning four golds in Rio five years ago, Katie Ledecky has the chance to add four more to her collection in Tokyo, starting with the women's 400m freestyle.

The United States competitor set a world record time in the event in 2016, but she will face a big challenge from Australia's Ariarne Titmus this time.

Titmus was marginally faster than Ledecky in the heats, though whether that edge will count for anything on the day remains to be seen.

WILL IT BE ANOTHER PEATY BLINDER?

Great Britain's Adam Peaty is nothing short of a phenomenon in the world of swimming and will be looking to retain his 100m breaststroke title.

Peaty qualified for the final in a dominant manner, his time of 57.56s just two hundredths of a second off his own world record pace.

Arno Kamminga of the Netherlands is expected to be Peaty's biggest threat, having produced a personal best of 57.80s in the previous heat.

Fiji's triumph in the men's rugby sevens was one of the more remarkable stories of the Rio Games and the islanders will now be out to retain their title in Tokyo over the coming weeks.

They begin their group campaign on Monday with games against tournament hosts Japan and then Canada later in the day.

The men's triathlon is a tough one to call, with back-to-back champion Alistair Brownlee not taking part in this year's event.

The likes of Alex Yee, Kristian Blummenfelt, Morgan Pearson and Tyler Mislawchuk are among those to watch in one the standout events at any Games.

After Simone Biles struggled to find top gear in her Games entrance on Sunday, albeit making it through to each of her finals, Monday's gymnastics event is the men's team final.

Japan are the defending champions and led the way in qualifying, but they are expected to face stiff competition from China and the Russian Olympic Committee team. Watch out for Russian maestro Nikita Nagornyy and Japan's Daiki Hashimoto among a star-studded cast.

OSAKA BACK IN ACTION

It is proving to be a busy Games for Naomi Osaka, who followed lighting the Olympic cauldron on Friday with a first-round tennis win on Sunday.

Japan's four-time grand slam winner is back on court on Monday, looking to inch closer to the women's singles final. Awaiting her is Swiss world number 50 Viktorija Golubic, and it will be their first match encounter. Men's title hopefuls Novak Djokovic and Daniil Medvedev are among those also due in action.

Japan's Yuto Horigome made history on Sunday by winning the first Olympic gold in men's skateboarding. On Monday, it is the turn of the women.

Among those competing in the event are Kokona Hiraki of Japan and Team GB's Sky Brown, who are aged 12 and 13 respectively.

After plenty of falls and drama in the men's equivalent, expect more of the same in this inaugural event.

Australia got the better of world champions South Africa on Sunday thanks to the boot of the returning Quade Cooper.