Carissa Moore stormed to Olympic gold medal glory on surfing's Games debut as she dazzled in waters made choppier than normal by the nearby tropical cyclone.

Born in Hawaii, where she still lives, and a former student of the Punahou prep school that was also attended by Barack Obama and Michelle Wie, Moore added to her four world titles with the Tokyo 2020 top prize.

The 28-year-old had been a favourite for the new addition to the Olympic programme and did not disappoint, producing big runs on her fourth and fifth attempts on the waves at Tsurigasaki Surfing Beach. She scored 7.33 followed by 7.60 for a combined 14.93 to comprehensively defeat Bianca Buitendag in the final.

Buitendag's best two scores were 3.23 and 5.23 as she failed to impress the judges in the way Moore's eye-catching performances had.

Few at the Olympics welcomed the threat of an incoming storm, but the surfers are a breed apart and thrive on the powerful waves, the likes of which Moore is familiar with from home.

If anything weighed on her shoulders, it appeared to be the medal more than the pressure.

"It's quite heavy," Moore said as she tried the gold on for size.

"I'm very proud and honoured. It's been a crazy couple of days, a little bit of a rollercoaster of emotions just trying to figure out the break, find my rhythm, learning how to trust myself without my family here.

"I feel super blessed, super fortunate. It's been an incredible experience." 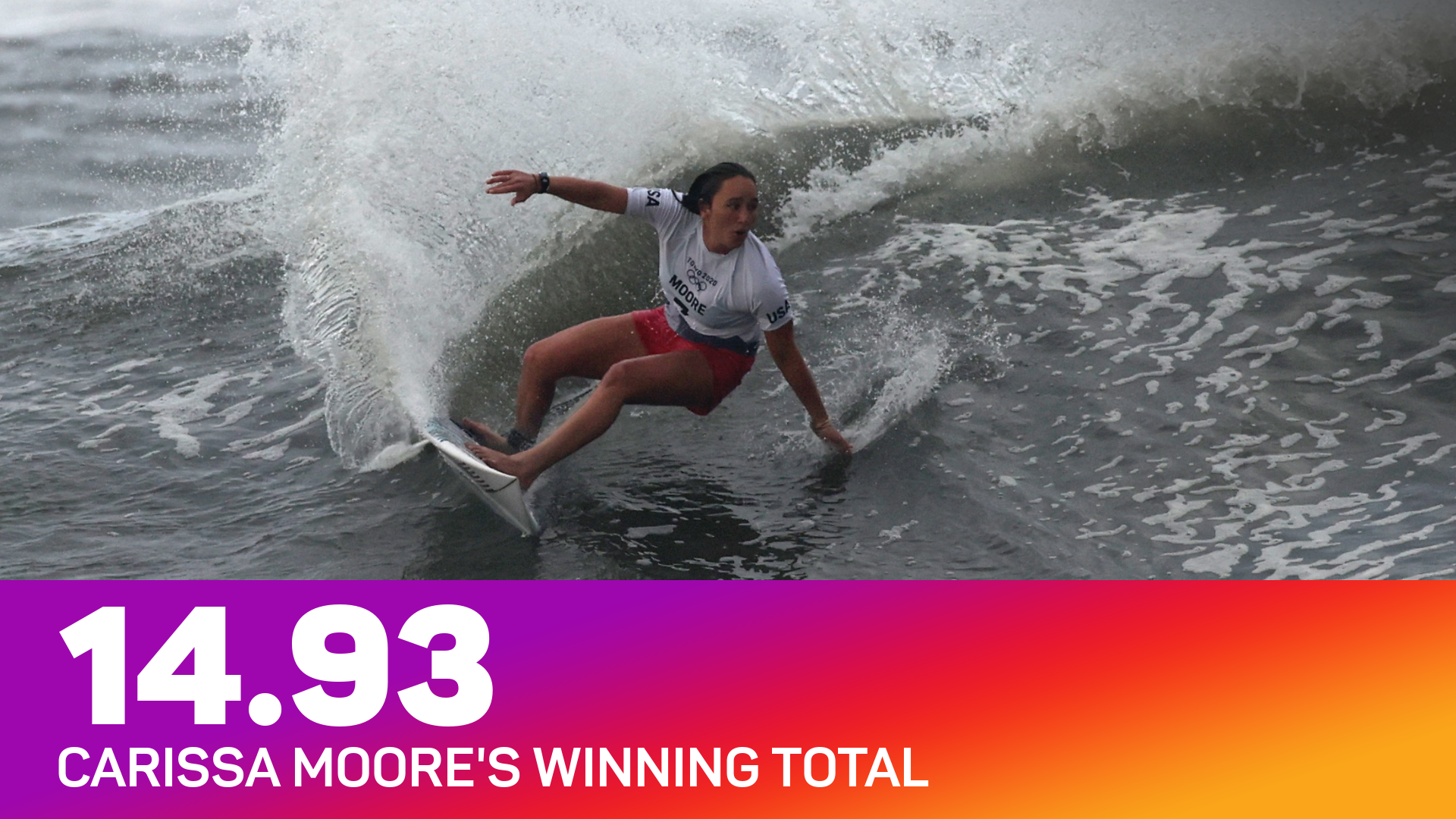 Moore started her life in surfing at the age of five, on Waikiki beach in Honolulu, and she had described it as "a cherry on top" of her Olympic experience to reach the final.

Gold in the men's event went to Brazil's Italo Ferreira, who scored a resounding win over Japan's Kanoa Igarashi, prevailing by 15.14 to 6.60 in the final.

Igarashi had scored impressively on his way through the rounds, notably with a 17.00 combined score in the semi-final, but could not produce that level when it mattered most.

Ferreira said: "It's one of the best days of my life for sure. I was so nervous at the beginning but I just tried to surf and have fun because two months ago I was busy with training and thinking and dreaming and now I've got the gold medal. The dream came true."