Tite spoke to the media on the eve of Brazil's semi-final showdown with Peru.

Brazil head coach Tite and the Selecao are eyeing the Copa America final as they prepare to face Peru in a rematch of the 2019 decider.

The Selecao have now gone 12 games in all competitions without defeat, keeping a clean sheet in nine of those after defeating Chile 1-0 in the quarter-finals, while Tite is yet to lose a match in this competition while in charge.

Should Brazil reach back-to-back Copa finals, Tite will equal Mario Zagallo as the Selecao coach with the longest unbeaten run in the tournament's history (12 games).

"The two teams have a tradition of clashes in the Copa America and two years ago we met in the final, but we also met in the group stage and in the play-offs," Tite told reporters.

"But the antecedents cannot make us predict a prediction because the situations, the different moments, teams and realities, it is also a play-off game. Our goal is to reach the final and Peru's is the same." 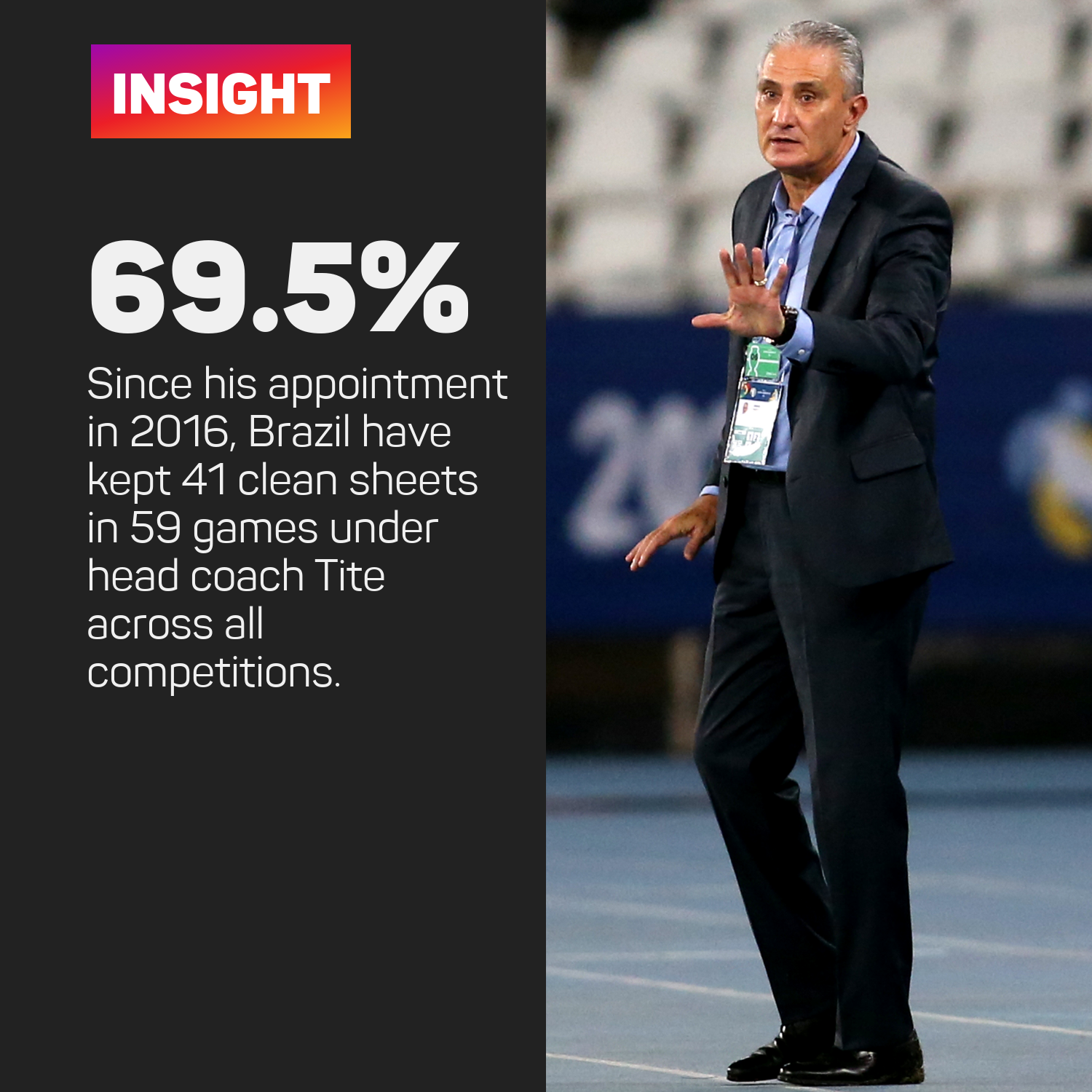 Nine-time champions Brazil will host Peru for 20th time in competitive games (W15 D2 L2). One of those defeats was in the 1975 Copa America, the last time the Selecao lost a game at home in the competition (3-1).

Tite's men are the top-scoring team in this year's finals (11), eight of their goals coming in the second half and five in the last 15 minutes, each more than any other team in the competition.

Since his appointment in 2016, Brazil have kept 41 clean sheets in 59 games under Tite across all competitions (69.5 per cent).

"Football is a game with many variables, perhaps it is the collective sport with more variables that you cannot control," Tite said. "When a team plays defence in the first half, it tends to get more tired and in the second half leaves more space.

"In one sector of the field you may have a player who defends more than in the other, but if the playing field is good it may be that you take advantage of one sector more than another.

"So, there are many variables, the players have to maintain a pattern and understand that those variables that one cannot control are typical of football, unlike basketball, volleyball, and that effectiveness depends on performance."

Tokyo Olympics: Azreen clocks personal best to advance to next round