Thiago Alcantara's injury is not serious but Jurgen Klopp does not expect him to be available for Liverpool until the middle of October.

Thiago Alcantara will miss Liverpool's next three matches, including the clash with Premier League champions Manchester City, due to a calf injury.

The midfielder sustained the problem during last week's 3-0 victory over Crystal Palace at Anfield and was replaced by Naby Keita after 62 minutes.

Keita was also injured in the EFL Cup win at Norwich City, suffering a foot concern during the first half at Carrow Road.

While Keita is due to sit out the league game at Brentford on Saturday and possibly the Champions League trip to Porto, Thiago is not expected to return until after the international break next month, meaning he will miss the meeting with Pep Guardiola's City on October 3.

Reds manager Jurgen Klopp said on Friday: "It's not 100 per cent clear when Thiago will be back. It's a muscle, in the calf. After the international break, probably. I don't think anything earlier is possible. We will have to see.

"[Keita is] Nothing really serious but it keeps him out for the next game for sure, maybe longer. It's of course not cool when the players have a good pre-season, can play a lot of games and are now out. It happens throughout the season. Hopefully, when they come back, that's it now and they can play the rest of the season."

Liverpool have started the season in strong fashion, with four wins and a draw from their first five top-flight games in which they have scored 12 goals and conceded just once.

However, Klopp is expecting a tough test against a Brentford side who shocked Arsenal on the opening day of their first campaign in the Premier League. 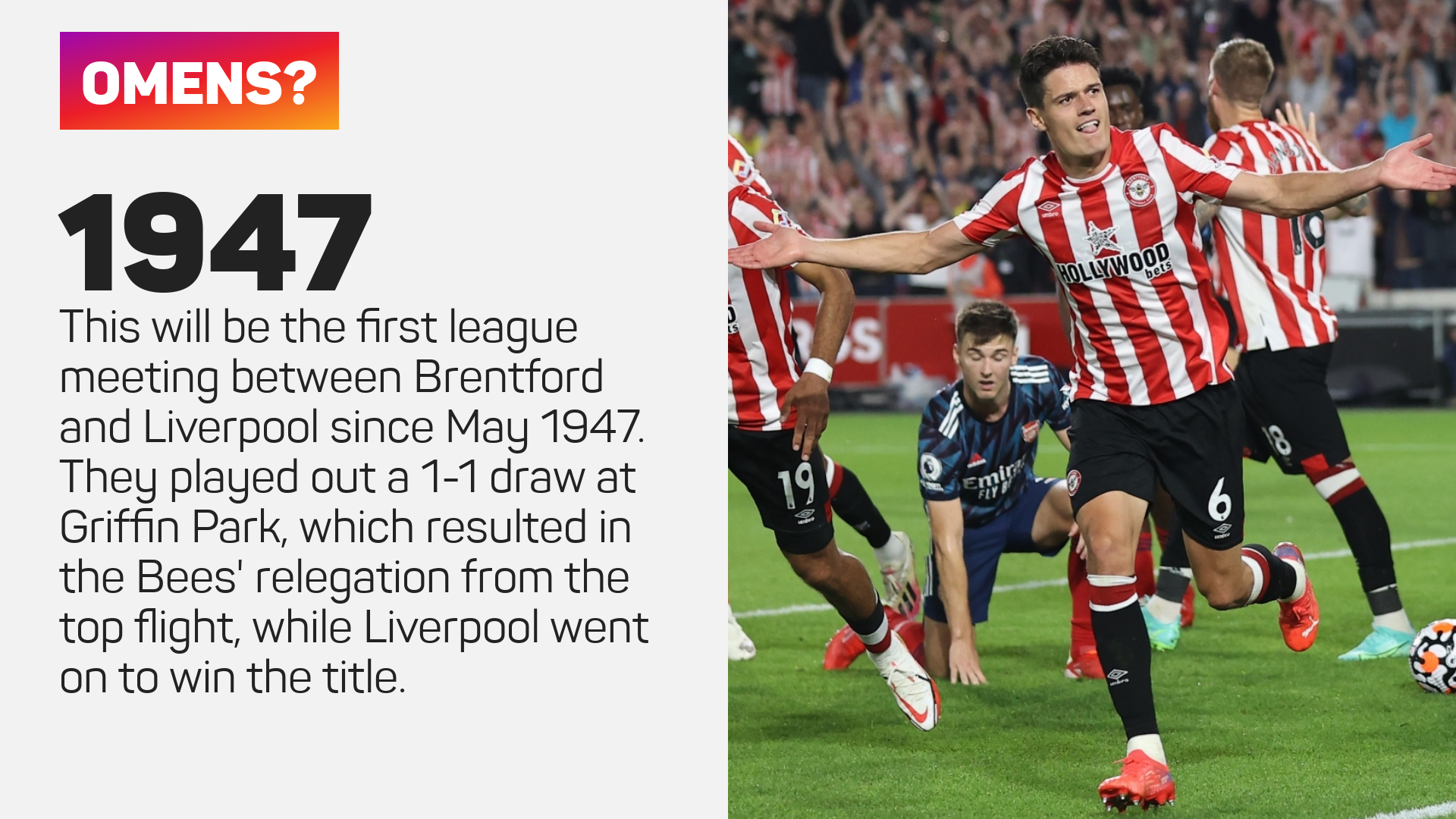 "I watched the press conference of [Brentford boss] Thomas Frank, and it was like one of the most entertaining things I've watched in the last few years. Half an hour talking about the different players – it was really good," said Klopp.

"It reminds me of my time at Mainz: we had no money, we had to be really creative in the transfer market. There's a massive difference between the money Brentford has and Mainz had, but it shows it's still possible."

Takumi Minanimo will be hoping for his first league outing of the season after scoring twice in the 3-0 win at Norwich, and Klopp believes the Japan forward has become a "different player" since his loan spell with Southampton last season.

"Taki is really an outstanding talent," he said. "You come from Asia, go to Salzburg, come to Liverpool, Liverpool are not in the best phase of their lives, he came in when everything was difficult – no supporters in the stadium, all that stuff – and you need to get used to the Premier League. That's how it is.

"It helped massively that he went to Southampton. He came back a completely different player. You can see that now: his finishes are in an incredible moment, how he connects the game, how he drops at the right moment. He's a different package now. Players need time. He used that time."

Shakur Stevenson turned in a dominant performance in a TKO of Jamel Herring on Saturday.

The Milwaukee Bucks rebounded from an ugly defeat to down the San Antonio Spurs on Saturday.