Jadon Sancho's imminent move to Manchester United will give Borussia Dortmund a chance to restructure, according to new boss Marco Rose.

BVB confirmed on Thursday an €85million (£72.9m) agreement is in place with United for the England international, which will make him the Red Devils' fourth-most expensive signing.

The transfer will officially go through once the 21-year-old completes a medical and agrees personal terms following the conclusion of England's Euro 2020 campaign.

He is the only player from Europe's top five leagues to have scored 10 goals or more and had at least 15 assists across all competitions in each of the past three seasons.

Rose accepts Sancho's exit will leave a void in attack, but the new BVB boss intends to adapt in order to get the most out of the players available to him.

"Jadon's qualities are unpredictable. Every coach likes to have a player like Jadon Sancho on his team," Rose said at his introductory news conference on Thursday.

"We knew there was a chance Jadon wouldn't be here next season. We'll try to replace him and find solutions. We see opportunities in repositioning ourselves in certain areas." 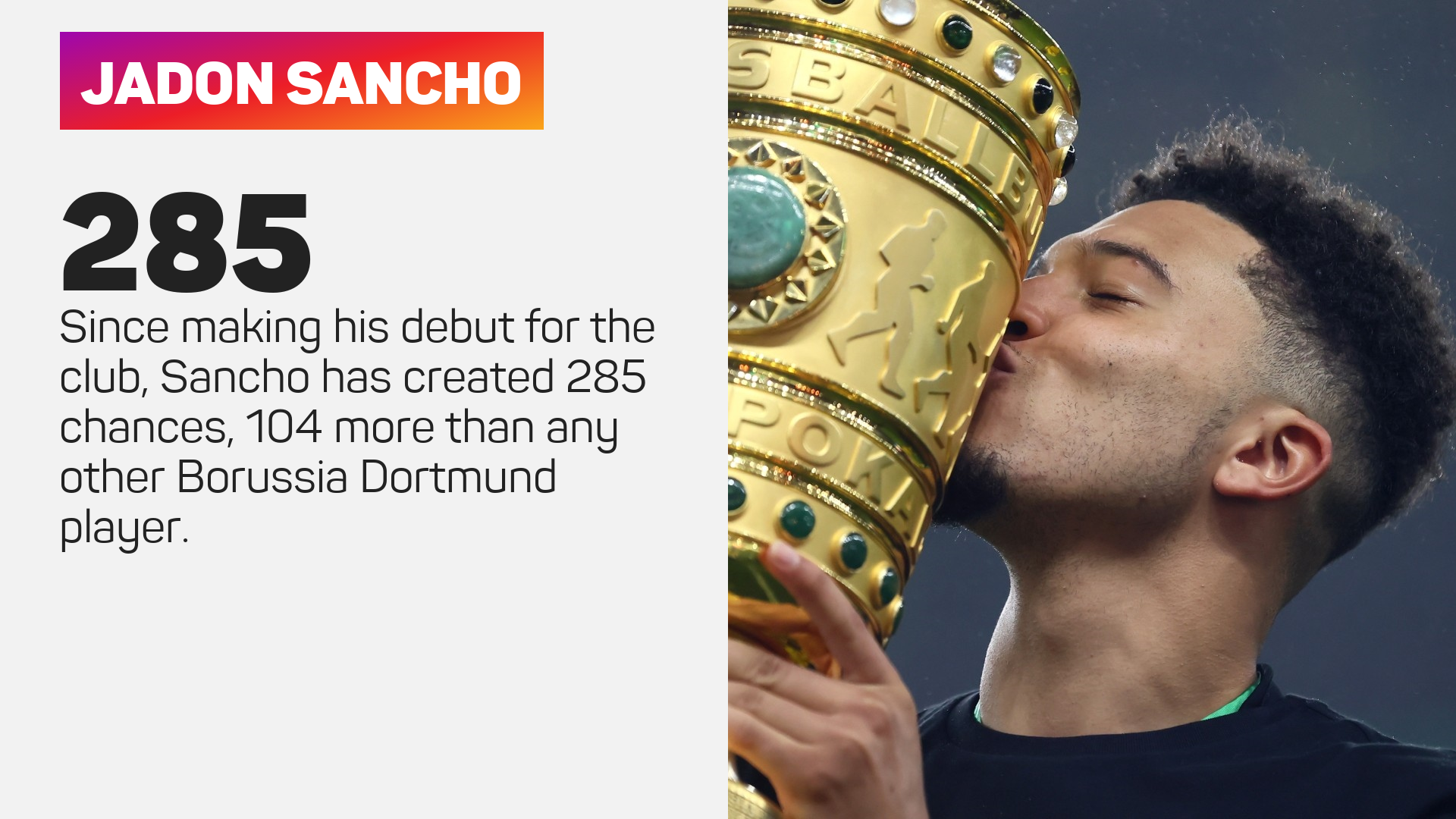 Only champions Bayern Munich (99) scored more Bundesliga goals than the 75 Dortmund managed last season, but they let in 46 at the other end of the field.

That tally was bettered by Bayern, Union Berlin, Bayer Leverkusen, Wolfsburg and RB Leipzig, and Rose hopes to improve on that record in his first season in charge.

"BVB conceded too many goals last season. We will tackle that," he said. "We want to stabilise the defence without neglecting other aspects of our game.

"We have to be flexible and play different ways. We want to master three at the back and four. The diamond is an interesting system, too.

"What matters is where the boys feel comfortable. We have to play the type of football that people here can identify with.

"The way we want to play is already clear in my head. It then depends on which players you have in the squad and the basic structure also depends on it."

While Sancho's future is close to being resolved, there remain plenty of questions regarding fellow attacker Erling Haaland.

Haaland has scored 57 goals in 59 games in all competitions since arriving at Dortmund from Salzburg in January 2020 and has been linked with numerous heavyweight clubs.

The Norway international previously worked with Rose at Salzburg and the Dortmund head coach has not been surprised by the prolific striker's development.

Asked how he would describe the past 18 months for Haaland, Rose said: "Like a rocket! But I have to say it didn't surprise me.

"We have spoken on the phone and exchanged messages. He is not in training yet and has another few days off."