Mohamed Salah wants to stay at Liverpool but has again told the club it is up to them to finalise contract talks.

Mohamed Salah insists he is not demanding a "crazy" contract as he again stressed his Liverpool future is in the hands of the club.

The Egypt star's deal expires at the end of the 2022-23 season and there has not yet been a breakthrough in negotiations over an extension.

The 29-year-old has previously made it clear he wants to stay at Anfield but that it is up to Reds owners Fenway Sports Group to come to an acceptable agreement.

Speaking to GQ, Salah called on the club to show their appreciation for what he has achieved since signing from Roma in 2017.

"I want to stay, but it's not in my hands. It's in their hands," he said. "They know what I want. I'm not asking for crazy stuff.

"The thing is when you ask for something and they show you they can give you something, [they should] because they appreciate what you did for the club.

"I've been here for my fifth year now. I know the club very well. I love the fans. The fans love me. But with the administration, they have [been] told the situation. It's in their hands." 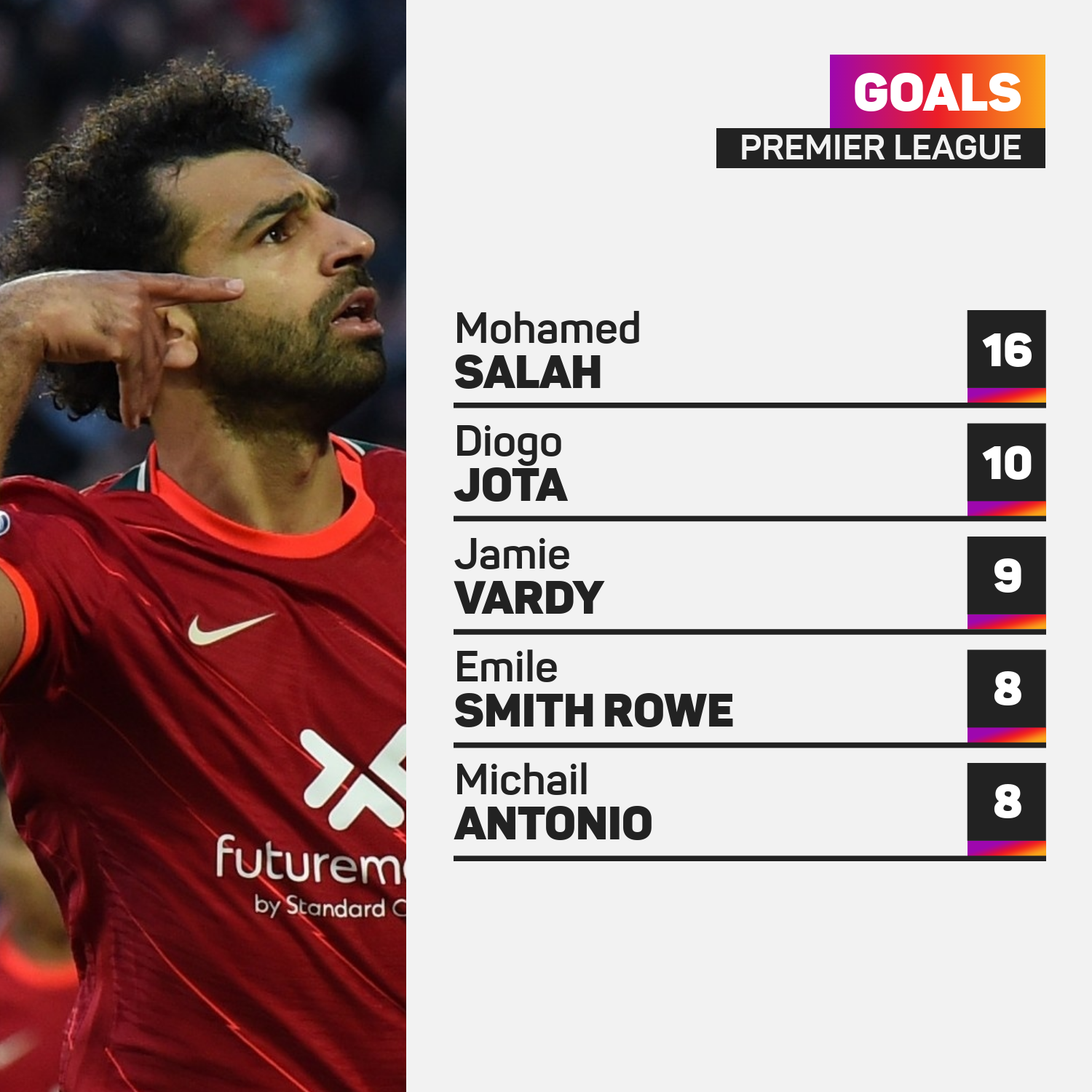 Salah has been in spectacular form this season, scoring 23 goals and providing nine assists in 26 Liverpool appearances.

In Europe's top five leagues, only Bayern Munich striker Robert Lewandowski (34) has been directly involved in more goals than Salah.

Those two, along with Lionel Messi, are the finalists for The Best FIFA Men's Player Award for 2021, with the winner to be announced on January 17, but Salah was surprisingly only seventh in the final standings for last year's Ballon d'Or as Messi claimed the prize for a record-extending seventh time.

France Football's award is still something Salah hopes to win, although he suggested "politics" could get in the way.

"If you asked me if this was a drive for me to be here? Yeah, of course. I can't really lie and say honestly I didn't think about it," he said.

"No, I think about it. I want to be the best player in the world. But I will have a good life even if I don't win [the Ballon d'Or]. My life is okay, everything is fine.

"Sometimes I feel it's just politics."

Eight people died in a stampede outside the Olembe Stadium during hosts Cameroon's match against Comoros in the AFCON on Monday.

Denis Shapovalov was left furious after his defeat to Rafael Nadal, who the Canadian believes receives preferential treatment.

Eight people died in a stampede outside the Olembe Stadium during hosts Cameroon's match against Comoros in the AFCON on Monday.

Egan Bernal suffered a serious crash on Monday and is being kept in intensive care in a Bogota hospital.