Mohamed Salah is once again among Europe's top-scoring players this season, but Vincent Aboubakar does not believe he does enough in games.

Cameroon captain Vincent Aboubakar has not been impressed by Mohamed Salah's displays and says the forward cannot consider himself on the same level as Kylian Mbappe.

Salah has scored two and set up another in five matches in Egypt's run to the Africa Cup of Nations semi-finals, where hosts Cameroon await in Yaounde on Thursday.

The 29-year-old has also enjoyed another prolific campaign at club level, having scored 23 goals in 26 games for Liverpool in all competitions.

That compares to 19 goals in 29 matches for Paris Saint-Germain star Mbappe, who has made a slow start to 2022 with one goal in his first four appearances.

Indeed, Robert Lewandowski (34 in 28) and Karim Benzema (24 in 28) are the only players to outscore Salah among those from Europe's top five leagues this term.

However, speaking ahead of Thursday's meeting between Cameroon and Egypt, Aboubakar insists Salah is not currently on the same level as Mbappe.

"He is having a great season in the Premier League and is helping his country to advance in the competition. I wish him a lot of luck. May the best win," Aboubakar told RFI.

"He doesn't impress me much. I say it clearly because I'm an honest person and I have my way of seeing things.

"If he impressed me, I would say so. But he doesn't impress me much. He's a good player, he scores a lot but he doesn't produce a lot of stuff in the game.

"Of course, he's doing good stuff in the Premier League because he's been in a team that's been there for years. He's a good player but not at the level of some like Mbappe." 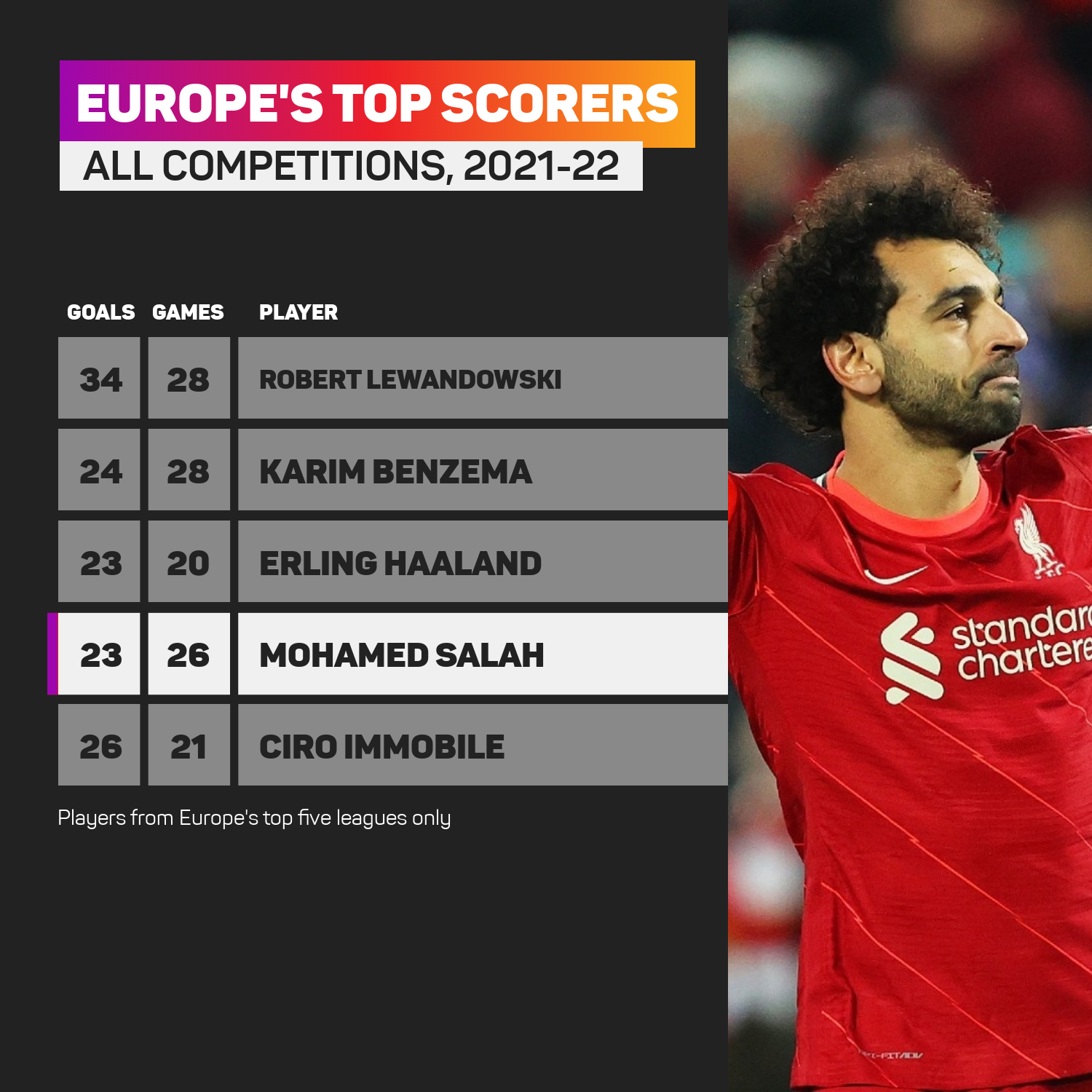 After scoring and assisting in the 2-1 quarter-final win against Morocco, Salah has been involved in 62 per cent of Egypt's AFCON goals since his competition debut in 2017 (8/13).

He trails Aboubakar in the race to be crowned the delayed 2021 edition's top scorer, though, with the Cameroon skipper leading the charts thanks to his six goals.

That is one goal more than team-mate Karl Toko Ekambi, with the pair responsible for all 11 of the hosts' goals up to this point.

Asked about his blossoming partnership with Toko Ekambi, Aboubakar said: "We are complementary to each other, but the most important thing is for the team to win.

"If me, Karl or any other player manages to score and Cameroon win, that's the most important thing. We must raise Cameroon to the top in this competition."

Bernardo Silva irritated by Man City players not getting due credit

Manchester City have won four Premier League titles in five years, but Bernardo Silva thinks they should get more praise for their success.