Speaking ahead of Tuesday's Group C clash in Sochi, Australia's Mathew Ryan revealed he flew 27 of his family over for the World Cup.

There are more members of Mathew Ryan's family in Russia for the World Cup than the Australia squad put together, the Socceroos goalkeeper revealed.

Australia's World Cup campaign is on the line against Peru – already eliminated – in Sochi on Tuesday, with the Socceroos also needing France to beat Denmark to stand a chance of qualifying from Group C.

Ryan and the Socceroos, though, will be well supported – thanks to the Brighton and Hove Albion keeper anyway.

Speaking during Monday's pre-game news conference, the 26-year-old revealed he flew 27 of his family over for the showpiece tournament.

"The first time other than my mother and sister, I've paid for my family to come watch," Ryan told reporters at Fisht Stadium.

"The World Cup doesn't come around often. The chance to share something like this with them. It was a no-brainer. I asked them if they were interested and able to come across. Half of them said yes and half of them are back at home. I guess it's good for the bank account.

"It was all designed to become a life-long memory for all involved. There's nothing better than to treat your family well. Really glad I'm fortunate enough to do that." 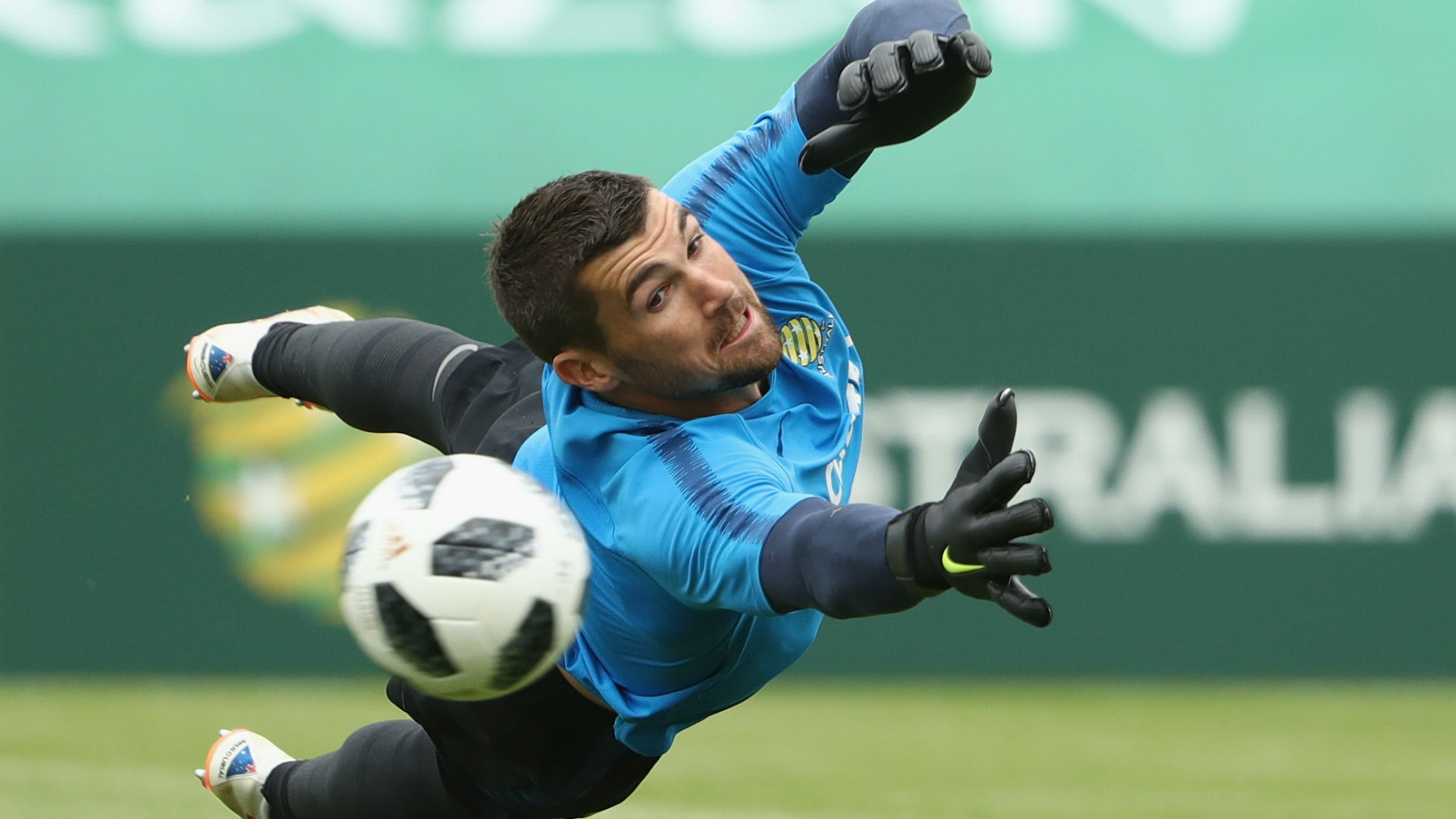 "The influence family has on you. They've been here for me throughout," he continued.

"They've witnessed every sacrifice. Fortunately, the life I live now it enables me to give back to them. I covered the trip for them. It will be something I'll remember. The oldest is my grandpa and my cousin is the youngest. The ages vary from three to 70s."

Bert van Marwijk and the Socceroos – who drew with Denmark having been unfortunate to lose to Les Bleus – need France to make it three wins from three games if they are to reach the knockout rounds for the second time in their history.

Asked about France amid speculation Didier Deschamps could rotate heavily, Van Marwijk – reluctant to discuss his starting XI amid calls for Tim Cahill and Daniel Arazani to start – replied: "France are proud. They won but didn't play the way they wanted to play. I think they want to prove themselves."

Ryan added: "If we don't do the job we need to do, there's no point even thinking about the France game. If France want to finish top of the group, they have to win the game. If they plan to play for a draw, it can be dangerous. But my concern is Australia and our match."

Sadio Mane got on the scoresheet for Liverpool but Jurgen Klopp's men were forced to settle for two 1-1 draws in two shortened friendlies.

Milner: I don't like the Super League and I hope it doesn't happen

Liverpool were held to a 1-1 draw at Leeds - a game reduced to a sideshow by Super League talk. James Milner slammed the plans.

Kyrie Irving is set to sit out the Minnesota Timberwolves contest due to personal reasons, the Brooklyn Nets announced on Sunday.

The Brooklyn Nets will be without Kyrie Irving for their three-game road trip.

Sadio Mane was a key cog as Liverpool secured the title, but he has struggled to have quite the same impact this season.

Brooklyn Nets superstar guard Kyrie Irving has paid a high price for attending what reportedly was a family birthday party.

David Silva to Lazio not ruled out by sporting director Tare

Igli Tare appears uncertain whether David Silva could come to Lazio, but he is determined to build a future team around Ciro Immobile.

In-demand Jadon Sancho does not yet have a clear answer to give about his plans for the future.

Five substitutions will be permitted during Serie A games when the competition resumes this month.