Cristiano Ronaldo insisted he will decide his own international future ahead of Portugal's crucial play-off against North Macedonia.

Cristiano Ronaldo insists he will be the one to decide if the 2022 World Cup is the last of his career, as Portugal prepare for their crucial play-off with North Macedonia.

With Ronaldo turning 37 last month, there is understandable speculation around whether this year's edition of FIFA's showpiece event could represent the last to involve the Portugal captain, who has already appeared at four editions of the World Cup.

One more tournament appearance would see Ronaldo join Lothar Matthaus, Rafael Marquez, Gianluigi Buffon and Antonio Carbajal in having gone to five different finals – although Buffon did not play when he was named in the Italy squad in 1998.

Ronaldo's 115 goals in 185 Portugal appearances represent a record in men's internationals, and the Manchester United striker says only he will decide if the 2022 World Cup represents his last.

"I'm starting to see that many of you ask the same question," Ronaldo replied to reporters at Monday's pre-match press conference.

"I'm the one who's going to decide my future, nobody else. 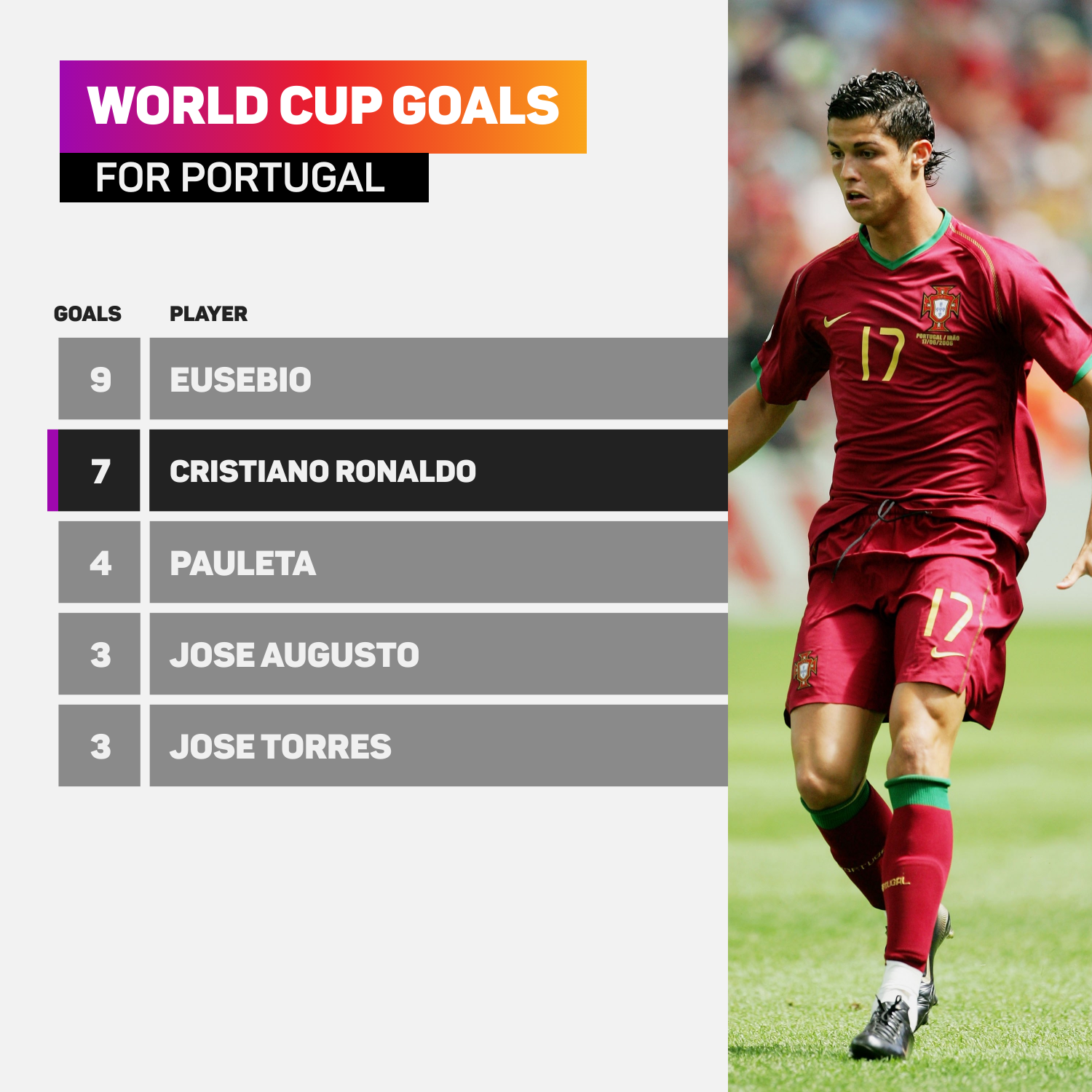 Portugal's nervy 3-1 win over Turkey on Thursday left them within one win of sealing qualification for Qatar 2022, and the Selecao are hot favourites to do so after North Macedonia dumped out European champions Italy to book their own place in the play-off final.

Ronaldo, while warning Portugal's opponents deserved respect, claims Fernando Santos' team "will beat any team in the world" if they play at their best level.

"We know that they are a very well organised team," the 37-year-old added. "They have their strengths.

"We respect them, but I think that if Portugal are at the best level, they will beat any team in the world.

"[It is the] game of our lives, too, not just for Macedonia. I hope the stadium can respond in the best way, with a very strong atmosphere throughout the 90 minutes."

Meanwhile, Coach Santos shrugged off suggestions he was pleased to face North Macedonia for a place in Qatar, rather than Italy, saying he was simply happy with his own side's result against Turkey.

"I'm not happy [not to play Italy]," the 67-year-old said. "I'm happy that Portugal beat Turkey and played a good game. It was a tough opponent, we knew we had to win.

"We'll do everything we can to be present at the World Cup."

Portugal have not failed to qualify for a major tournament since missing out on the 1998 World Cup in France, featuring at each of the past five editions of world football's most celebrated competition.