Ronaldo compares himself to Messi and Maradona in football's GOAT debate

Brazil have not won the World Cup since 2002, and the hero of that triumph believes he deserves a spot in football's GOAT debate.

Ronaldo Nazario ranks himself alongside the likes of Lionel Messi and Diego Maradona as part of a "very special group" of football's greatest ever players.

No Brazilian has ever bettered Ronaldo's tally at a single edition of the tournament, while his total return of 15 World Cup goals has only been beaten by Germany's Miroslav Klose (16).

While Ronaldo believes his exploits put him in the pantheon of footballing greats, he told the Guardian it was difficult to compare his abilities to those of players from different generations.

"I think there is a very, very special group where you have Diego, Messi, [Johan] Cruyff, [Franz] Beckenbauer, Pele, [Marco] Van Basten, Ronaldinho. I would include myself. 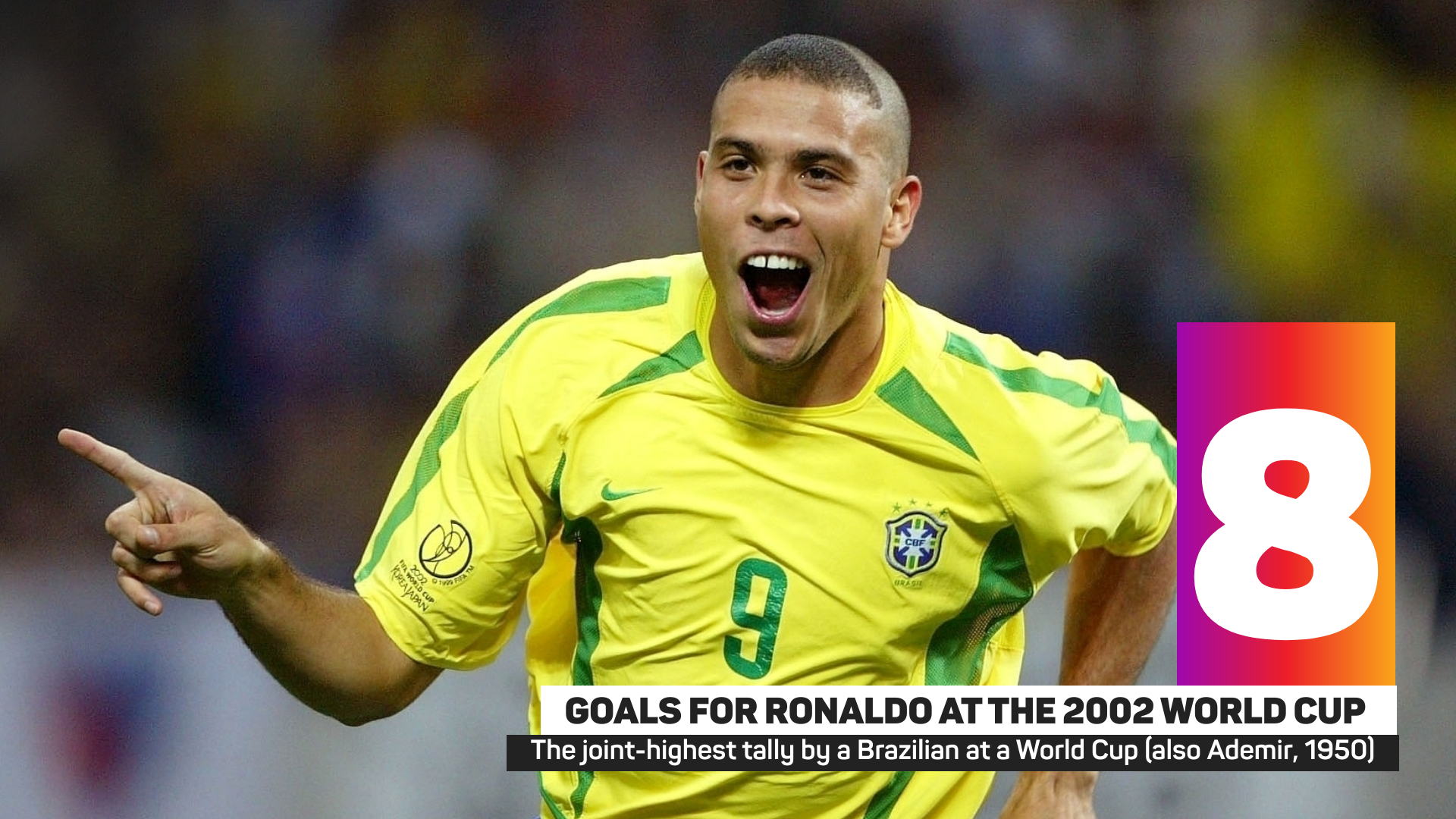 "Let the fans say, let them debate it in the bars. But you can't rank them, can't compare generations.

"People call me the 'original' Ronaldo but there were others – and they weren't false.

"I'm not the only one, and more will come along and be better than me in everything. I did what I could, the best I could."

Brazil's hopes of repeating their 2002 World Cup win will depend largely on the form of Neymar, who has been involved in 42 per cent of the Selecao's World Cup goals since making his tournament debut in 2014 (8/19 – six goals, two assists).

Ronaldo compared the abilities of the Paris Saint-Germain forward to those of Messi and Cristiano Ronaldo, insisting no football fan could fail to enjoy watching him play.

"People love him a lot," Ronaldo added of Neymar. "If we talk specifically about football, I doubt there's anyone who doesn't love him. His private life transcends football, but I'm not interested.

"He's daring, has skill, variety, is quick, scores goals, has personality. You could compare him to Messi and Cristiano Ronaldo, even though they are from a different planet.

"On the pitch Neymar is one [thing], then people mix in all the other stuff." 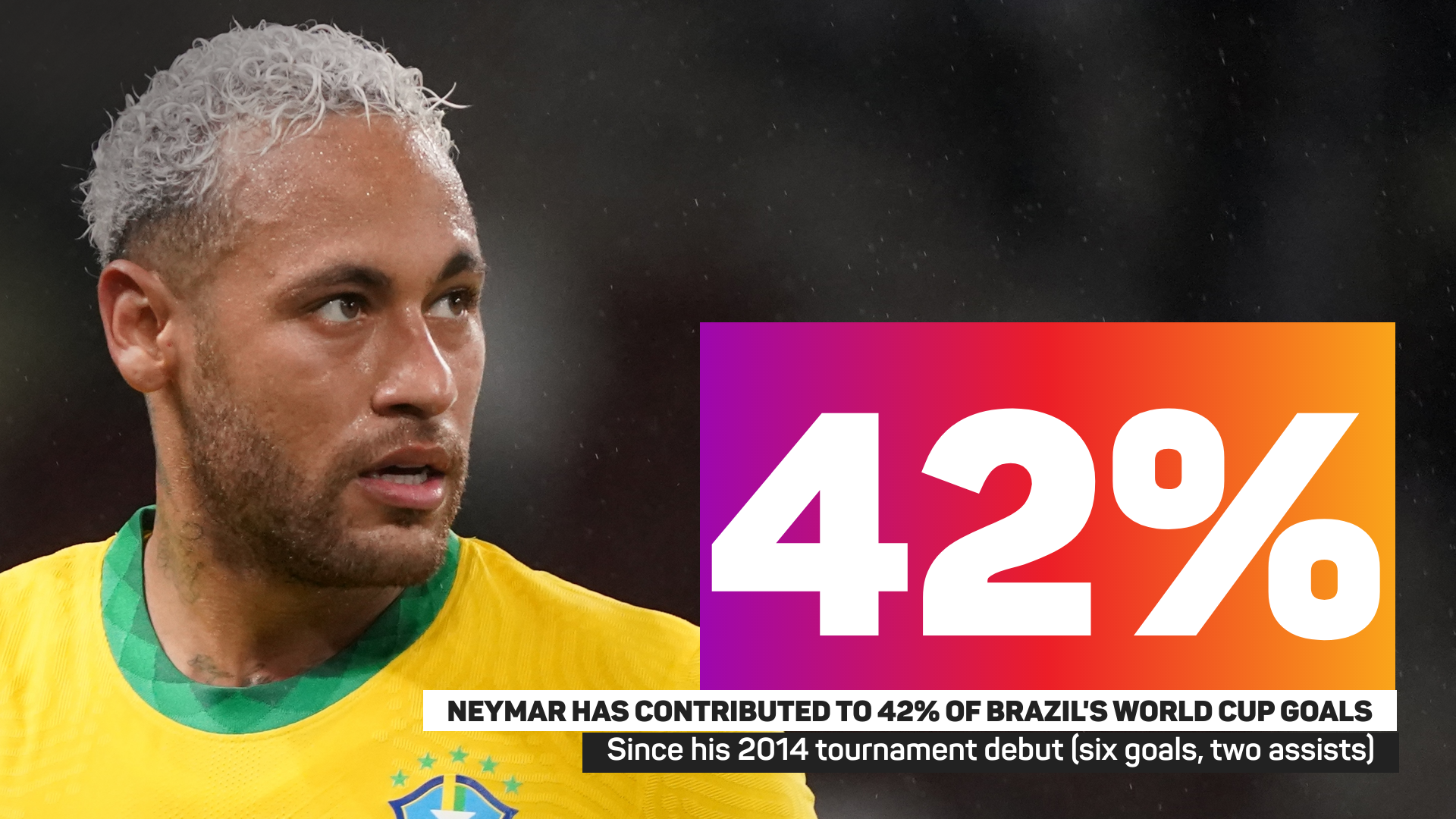 Beckham to Zlatan, Henry to Pirlo: The biggest names to play in the MLS

With Lionel Messi reportedly set to cross the Atlantic and join Inter Miami, we look at some of the biggest names to have played in the MLS.

Inter Miami will reportedly make Lionel Messi the highest-paid player in league history with an agreement said to be close.

Gudelj defends Neymar challenge: 'I tried not to hit him hard'

Nemanja Gudelj has defended his challenge on Neymar that may have caused the Brazil star's ankle injury against Serbia.

Brazil v Switzerland: Richarlison has God on his side in Qatar

Richarlison's double lifted Brazil to a 2-0 win over Switzerland in their World Cup opener, and the striker believes God is on his side.

Uruguay happy to thrive out of the spotlight ahead of Portugal clash, says Bentancur

Ahead of a crucial clash with Portugal, Rodrigo Bentancur is happy to see Uruguay underestimated.

Santos: Ronaldo not weighed down by Portugal pressure

Fernando Santos has no concerns that Portugal place too much pressure on Cristiano Ronaldo.

Brazil lost Neymar to an ankle injury in their win over Serbia, with Tite saying he made a mistake in not bringing his star man off earlier.

Neymar will not play for Brazil against Switzerland, but Marquinhos is confident the World Cup favourites will cope.

After less than a year together, Lee Zii Jia has split with coach Indra Wijaya as he is understood to be seeking for another way to elevate his game to the next level.