Atletico Madrid were far from their best in the first half at Real Sociedad, but recovered to win 2-1 in their final game of the season.

Rodrigo de Paul and Angel Correa struck as Atletico Madrid secured third in LaLiga with a 2-1 victory over Real Sociedad on Sunday.

Diego Simeone's side qualified for the Champions League before the final matchday, but were fortunate to not fall behind in the first half at Reale Arena as Rafinha spurned multiple chances.

The hosts pulled a goal back in the 93rd minute through substitute Jon Guridi, but it proved too late to mount a comeback; defeat leaving La Real sixth, having already sealed Europa League qualification.

2 - Rodrigo de Paul has scored two of his three goals in #LaLiga away from home, all of them in the second half. The Argentinian is the first @atletienglish midfiedler to score two away games in a row since Marcos Llorente in February 2021. Foreing#ATM #AtleticoMadrid pic.twitter.com/ETqV1OkfNY

Rafinha wasted another great opportunity as he curled wide when one-on-one with Oblak following Sortloth's offload, before the midfielder arrowed just off target on the stroke of half-time.

Alex Remiro thwarted a swerving De Paul effort from the edge of the area after the interval, while Matheus Cunha cannoned a deflected strike against the crossbar.

But De Paul broke the deadlock soon after when he drilled a fizzing right-footed attempt into the top-left corner.

Remiro rushed out to ensure Antoine Griezmann's goal drought continued, before Correa doubled Atletico's advantage with a curling finish in the 68th minute.

What does it mean? Atleti's sizeable task to compete at the top

Atletico's chances of defending their title ended months ago as runaways leaders Real Madrid coasted towards their 35th LaLiga crown, finishing 15 points clear of their neighbours.

While Simeone's side made it six games unbeaten in LaLiga against La Real, their timid first-half outing only served to display the difference in quality between Atleti and the champions. With Barcelona somewhat reviving under Xavi as well, Simeone will need to address these issues in the close season to compete next campaign. 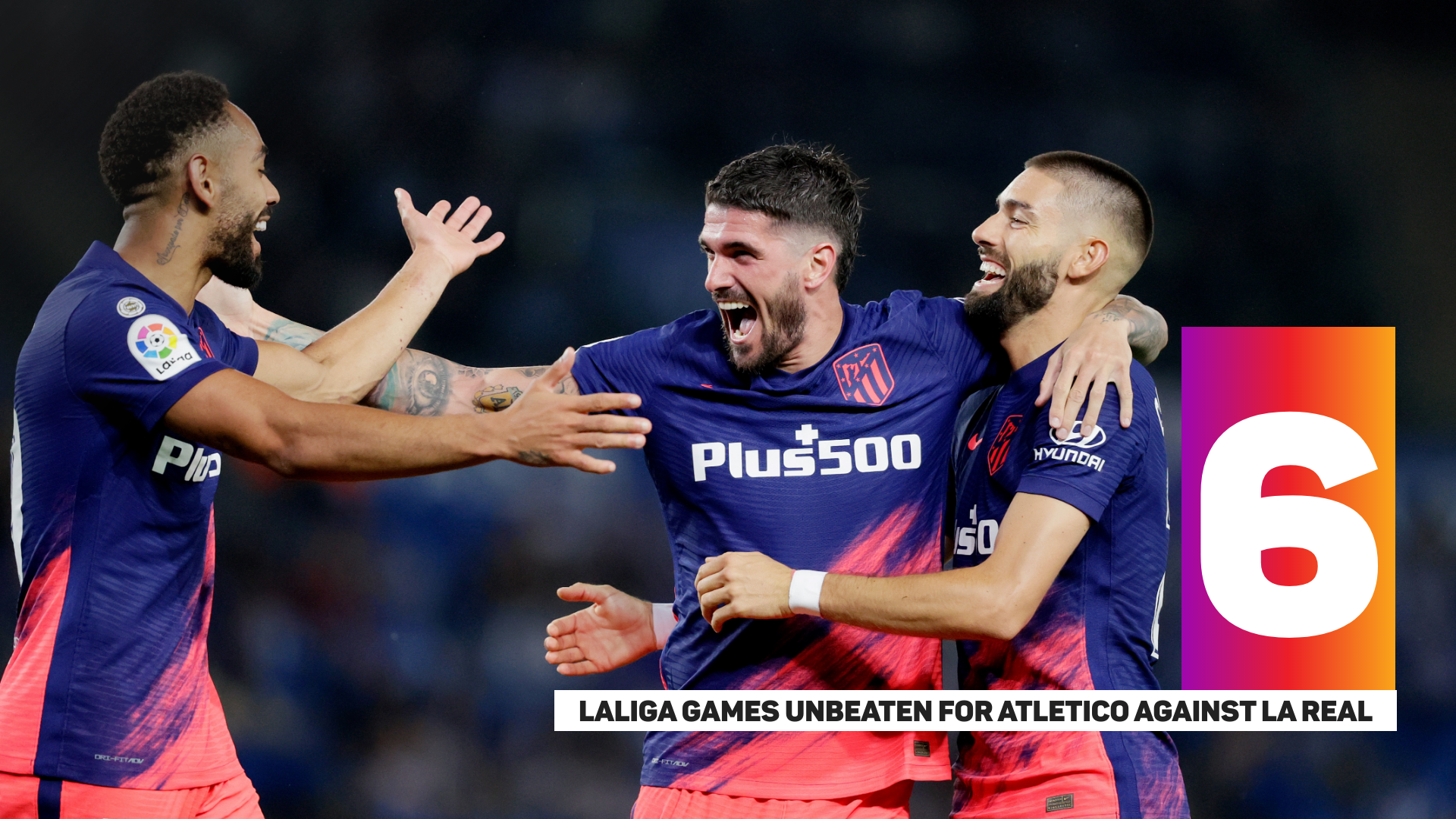 Griezmann selfless but cannot get a goal

Griezmann may not have scored for 15 LaLiga games, his longest run without a goal in the competition, but the forward's unselfish link-up play should be credited.

The France international opted to play back to De Paul for the opener, registering his fourth top-flight assist this term, but will hope to rediscover his scoring prowess for the next campaign.

Rafinha could have had La Real three goals to the good before half-time, but failed to find the target with any of the presentable openings.

The Paris Saint-Germain loanee accounted for 0.72 of La Real's 1.01 expected goals total in the opening 45 minutes, highlighting the quality of the chances he spurned with his profligacy.