Real Betis won the Copa del Rey for the third time in their history with a penalty shoot-out victory over Valencia in Seville on Saturday.

Yunus Musah missed the only penalty as Real Betis beat Valencia 5-4 on spot-kicks following a 1-1 draw after extra time to win the Copa del Rey for a third time.

Betis entered the contest in their home city of Seville as favourites and led early on through a Borja Iglesias header, only for Hugo Duro to equalise from Valencia's only shot of the first half.

Despite chances for both sides in a gripping and feisty final, the contest at Estadio de La Cartuja went all the way to penalties and it was Manuel Pellegrini's side who prevailed.

Substitute Musah missed the only spot-kick, with Juan Miranda sending Giorgi Mamardashvili the wrong way to seal a famous victory for Betis. 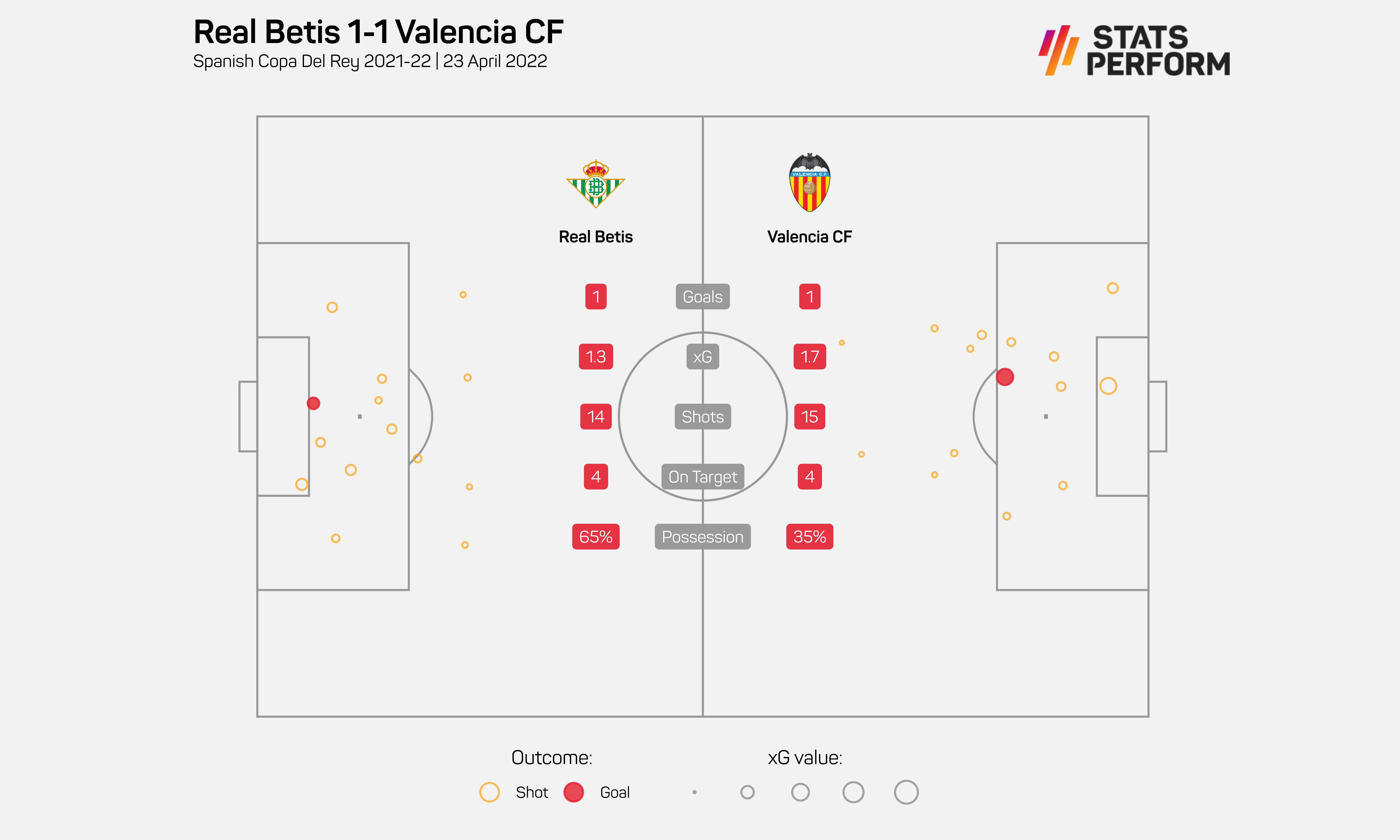 Valencia trail Betis by 15 points in LaLiga and the gulf between the sides told early on as Borja Iglesias headed Hector Bellerin's cross past Giorgi Mamardashvili from six yards.

Jose Bordalas' men showed characteristic resolve by responding 19 minutes later, however, thanks to Duro's delightful dinked finish after being played in by Ilaix Moriba's incisive pass.

Betis went close to restoring their lead when Sergio Canales' deflected shot hit the woodwork but Valencia, who had a penalty shout for a shove on Duro turned down, held firm.

Moriba miscued a volley when spotted in a great position but Betis continued to create chances, with Juanmi denied by both Mamardashvili and then the post.

Nabil Fekir and Borja Iglesias were next to be frustrated by Mamardashvili, while Claudio Bravo was needed to keep out Carlos Soler in a gripping finale to normal time.

A quieter period of extra time followed, which was played at walking pace at times, paving the way for penalties to determine the winner of the 120th Copa del Rey final.

After the first six spot-kicks were converted, Musah skied his attempt and that set up Miranda to settle a tense final that went all the way.