Marcus Rashford is in sensational form for Manchester United, and now Erik ten Hag wants the forward to sign a fresh contract.

Erik ten Hag wants Marcus Rashford to commit his future to Manchester United, who the Dutchman is aiming to turn into the best team in world football.

Rashford has scored eight goals in the last eight games and is United's top scorer this season.

The England international is averaging a goal every 124 minutes, having netted 17 in 28 appearances from 12.8 expected goals (xG).

Rashford's deal is up in 2024, but Ten Hag is confident a new contract will be agreed.

"This is the best place to be because we want to construct the best team – first in England, then Europe, then the world," said Ten Hag ahead of Wednesday's EFL Cup semi-final first leg against Nottingham Forest.

"It is confidential, talks between clubs and players, [but] he understands Manchester United is his club and also in this environment, this team, he is playing his best football.

"He can bring his qualities and this team can help him be in the right position to score goals. The team is constructed so that his qualities come to the fore.

"He knows he is important for us and if we want to succeed, we need him." 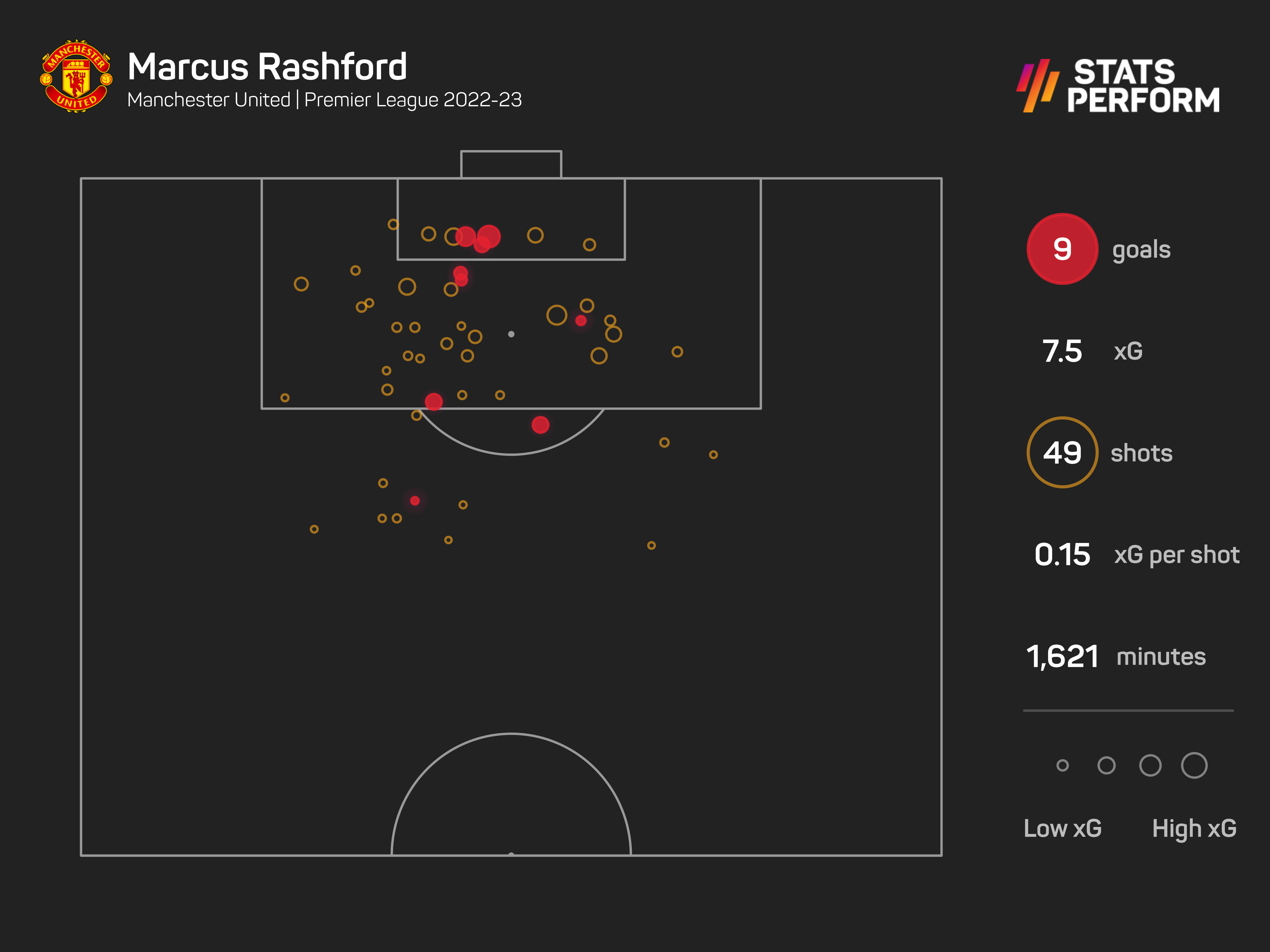 While Rashford is thriving on one side of United's attack, Antony – a big-money signing from Ajax last year – has struggled after a fast start to his career in England.

Ten Hag is not concerned, though.

"He is not losing games," the Dutchman said of the Brazil winger.

"He is playing and the team is winning and that already gives a message of how well he is performing.

"He can do better. I see space for improvement, and we want him to be more direct."

Roger Federer was the first man to reach 20 grand slam singles titles, but Novak Djokovic and Rafael Nadal have since gone past his haul.