With top-flight domestic action returning, Stats Perform uses Opta data to look at who may be worth drafting into your fantasy team.

A lot can change over the course of the international break – Newcastle United have gone from losing 2-1 at Wolves to becoming the world's richest football club, in a sense.

It's all change at St James' Park and you can guarantee a charged atmosphere for the first match of a potentially exciting period for a club that has underachieved for years, with Tottenham the visitors on Sunday.

A couple of Newcastle players might be worth your consideration, while Leeds star Raphinha – who would ordinarily be an easy pick – this week represents something of a risk.

His signing was scoffed at by many in pre-season, probably partly due to the significant £24million fee Arsenal spent, but Ramsdale has enjoyed an encouraging start after dislodging Bernd Leno for the Gunners.

He has featured four times in the Premier League and conceded just once, giving him the best minutes-per-goal-conceded ratio in the division (one every 360 mins).

Ramsdale will be confident of continuing that theme on Monday against Crystal Palace, whose open-play expected goals (xG) of 5.2 is better than only five teams this term.

Now, selecting a Newcastle defender might ordinarily be considered something of a risk, but it's fair to suggest there may be a slightly more positive aura around the team – for obvious reasons – when Spurs visit.

If the feel-good factor at the club following their takeover does translate into a strong performance, the early signs this season would have you believe Ritchie will be influential.

The converted left-back's 21 chances created is second just to Bruno Fernandes, while only Trent Alexander-Arnold (2.6) and Mason Mount (2.1) have better expected assists (xA) records than Ritchie (2.0) – he's also played the third-most amount of passes into the box out of everyone in the top flight (63). 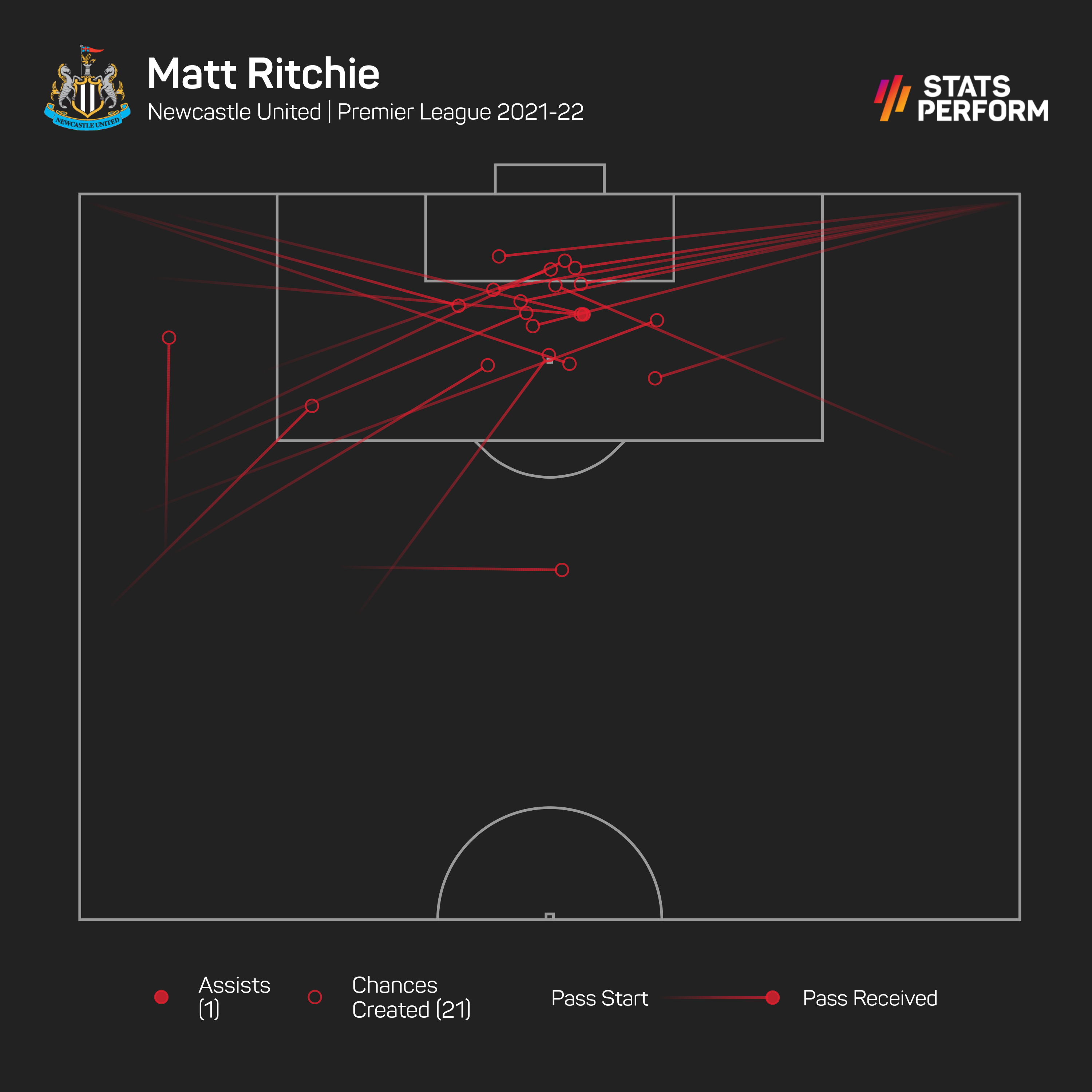 Another left-back who is pretty effective going forward is Tierney, who has widely been considered one of few consistently solid performers for Arsenal during his time at the club – when he's fit, that is.

As mentioned previously, Arsenal's next opponents Palace aren't among the league's most threatening team, so there's undoubtedly potential for clean-sheet points, though Tierney also provides plenty in attack.

Among defenders yet to score or assist, only Everton's Lucas Digne (17) has recorded more than Tierney's 15 shot involvements (shots and key passes), while the Scotland international is third among defenders for chances created (nine, two less than Alexander-Arnold).

Admittedly, this one's a bit of a gamble. With Raphinha away with Brazil for their World Cup qualifier against Uruguay on Thursday night (early Friday morning UK time), roughly 36 hours prior to Leeds facing Southampton, Marcelo Bielsa has already acknowledged Raphinha's status is at the very least unclear.

But he's looked exciting in his Brazil cameos so far, and his form in 2021-22 would leave few doubting Raphinha has the ability to have a decisive impact on Saturday even if just playing as a substitute.

Currently, he tops the rankings among Leeds players for goals (three), shots (24), chances created (14) and passes into the box (59) – he's surely too important for Bielsa to leave out entirely. 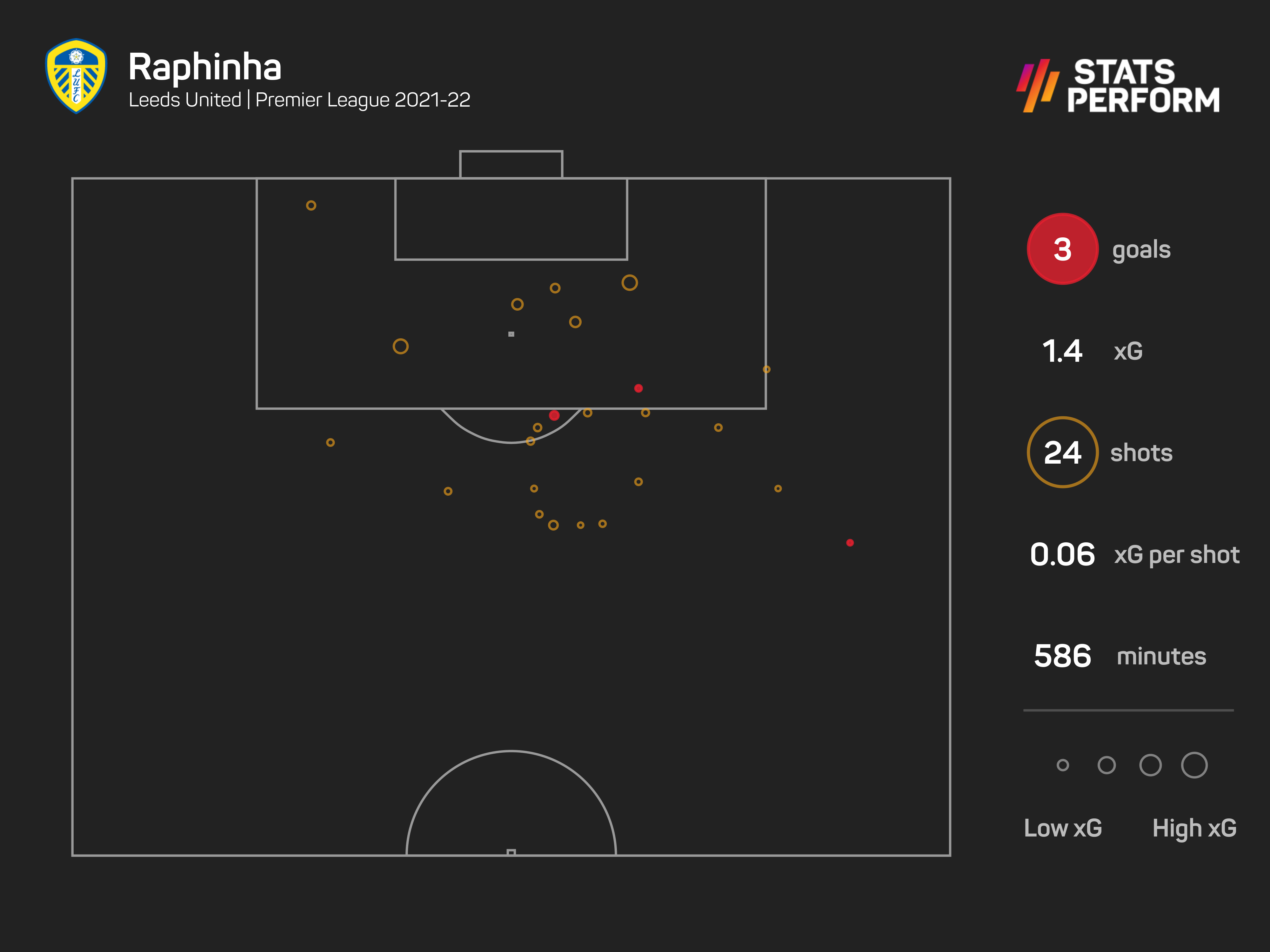 After a brilliant few months at West Ham, Lingard is still waiting for a proper run of games this term at United, but he's already chipped in with a couple of goals in just three league appearances.

The second of those came against the Hammers, and up next is another of his former loan teams: Leicester.

He already boasts a great record in meetings with the Foxes, having been involved in six goals (three goals and three assists) against them – that's a joint-personal best (also six versus Arsenal).

If there's one member of the Newcastle squad who promises to be the most buoyed by the club's new situation, it's surely the one who wouldn't look out of place in a team of expensively assembled superstars.

Saint-Maximin is box office – he's an entertainer and always looks like he's having a rollicking good time on the pitch, but this season the Frenchman has added a little more substance to his play as well.

With two goals and three assists already in 2021-22, he has an involvement every 126 minutes, massively improved on 2020-21 (one every 224 mins). In front of new owners, few would bet against Saint-Maximin dazzling as he looks to prove he'll be right at home in the new era. 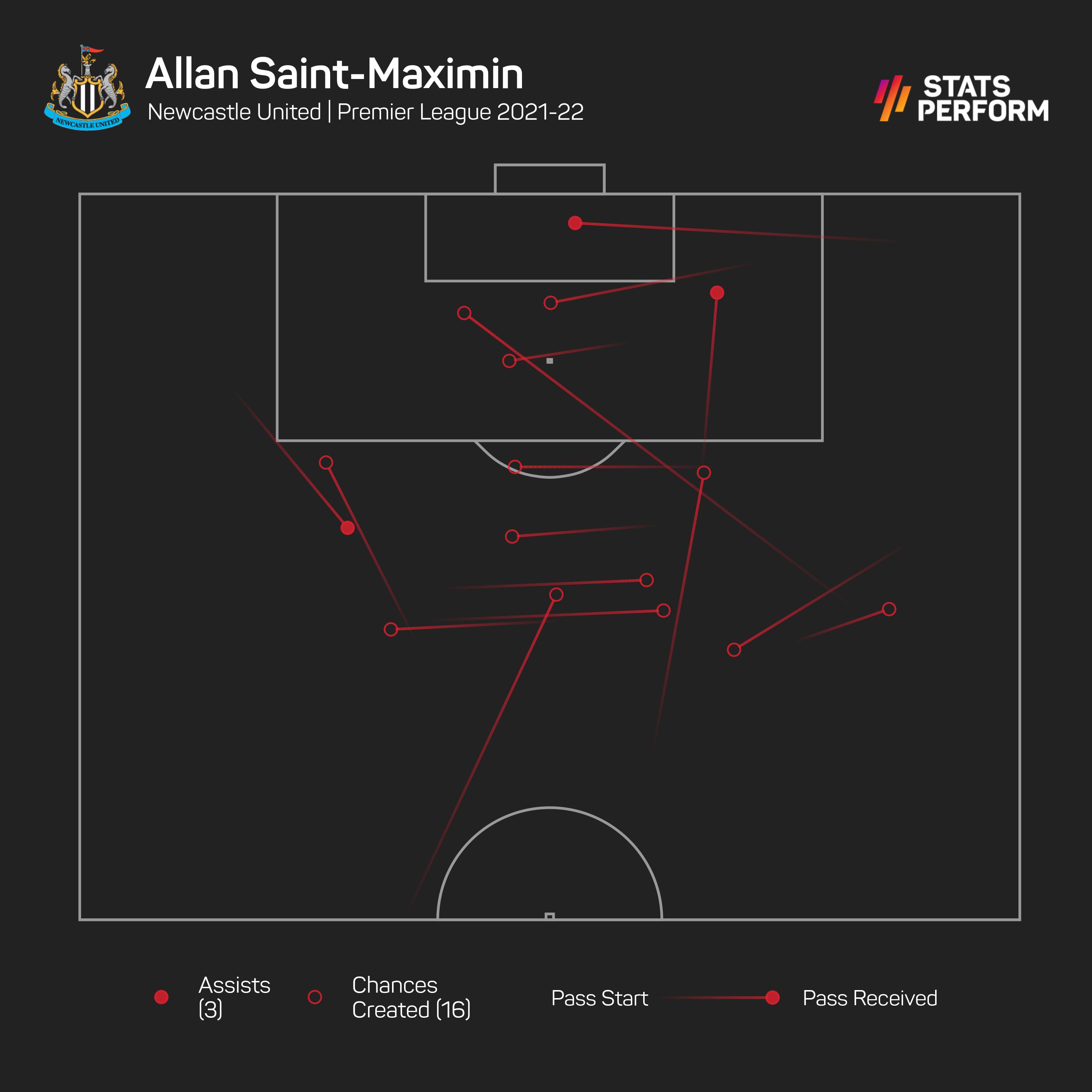 Back from a serious head injury, Jimenez did not have much luck during his first five Premier League appearances of the season, not getting a single goal or assist despite attempting 14 shots and delivering 15 key passes.

But since then, the Mexico international has been involved in all of Wolves' three most recent goals.

Jimenez has been something of a double-threat under Bruno Lage, with his shot involvements tally of 36 bettered by only Bruno Fernandes (47), Mohamed Salah, Michail Antonio and Raphinha.

Mohamed Salah has been in remarkable form this season and will lead Liverpool's line against Cristiano Ronaldo's Manchester United.

On the right track, or destined for failure? How Solskjaer's Man Utd tenure compares to Klopp's early days

Arsenal cruised to a 3-1 win over Aston Villa in the Premier League on Friday and manager Mikel Arteta has called for more of the same.

Retiring from international duty is not something Cristiano Ronaldo has pondered ahead of a huge match against Liverpool.

Head coach Erik ten Hag has declared 'now is definitely not the time' for Marc Overmars to leave Ajax.

As Harry Kane and Son Heung-Min close in on a Premier League record, former Tottenham striker Teddy Sheringham has paid tribute to the duo.