The Premier League is a week away from its winter break, but a feast of football awaits us before then, along with fantasy point-scoring opportunities.

Leaders Manchester City head to Southampton and will look to extend their 12-game winning run in the competition, at the expense of opponents who are unbeaten in their last seven league games at St Mary's.

Manchester United have a tricky assignment against David Moyes' West Ham, and you might consider a Hammers forward to break down Ralf Rangnick's defence at Old Trafford.

If the time is right to back your strong start to the season, there are proven fantasy league performers to choose from here among this week's picks, and a strong case to be made for others you may not have considered.

Pep Guardiola's trusted City goalkeeper has kept more Premier League clean sheets (12) and faced fewer shots on target per 90 minutes (2.2) than any other goalkeeper this season.

City have faced 50 shots on target across 22 games and have conceded only 13 goals, so another shut-out must be a realistic proposition on the south coast.

Ederson has played in all but one of those Premier League assignments for City this term, and although Southampton have won three and drawn four of their last seven 2021-22 home league games – their best record since going nine unbeaten from March to October 2016 – it is the visitors who start this clash as strong favourites.

City's defence has been close to watertight this season, but Cancelo's role at full-back is more than just about stopping the opposition.

Only the Liverpool duo of Trent Alexander-Arnold (10) and Andrew Robertson (6) have provided more Premier League assists among defenders this season than Cancelo (5).

He has also had 44 goal attempts, with 15 of them finding the target, and his tally of one goal scored will surely grow soon enough.

Can Tottenham be trusted to keep a clean sheet against Chelsea, in Sunday's headline game? This choice would represent a gamble, albeit one that can to an extent be rationalised by data.

Since December 1, Sanchez has been involved in a Tottenham defence that has kept four clean sheets in seven Premier League appearances. Indeed, only Manchester City's Aymeric Laporte (5) has kept more clean sheets during that time among top-flight defenders. New boss Antonio Conte is making a difference at Spurs, no doubt about it.

The counter-argument here comes with the fact Chelsea have won five of their last six league games against Spurs (D1), and beat them in both legs of the EFL Cup semi-finals. 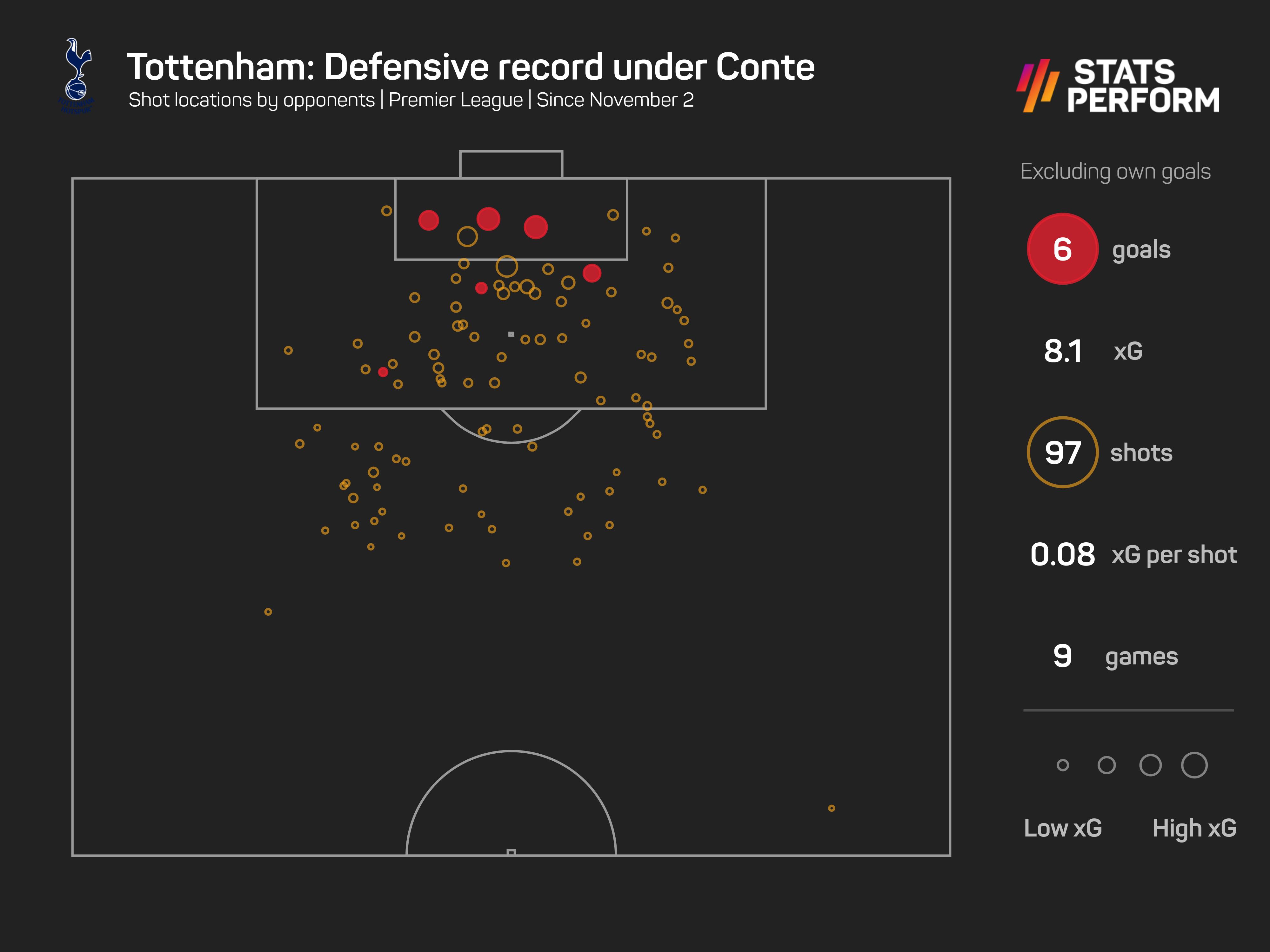 Leeds United have woken from their slumber in the Premier League, winning twice in a row to climb to 15th place, just three points behind Leicester City in 10th spot.

Last time out it was Jack Harrison who was the hero, with a hat-trick at West Ham, but Raphinha is their Mr Consistency.

The Brazilian set up Harrison's match-winning third goal at the London Stadium, and since the beginning of the 2020-21 Premier League season, Raphinha is one of just five players to have registered 10 or more goals, 10 or more assists and created over 100 chances in the English top division.

Former Hull City forward Bowen has been involved in 13 goals in the Premier League this season (6 goals, 7 assists) and opponents Manchester United will be wary of his quality.

To strike a slight note of caution, Bowen only has an expected assists (xA) total of 2.94, meaning West Ham have made more of his chances created than they would ordinarily be expected to, while Bowen is slightly lagging behind his expected goals (xG) total of 8.29. That said, the Red Devils will surely not underestimate his threat. 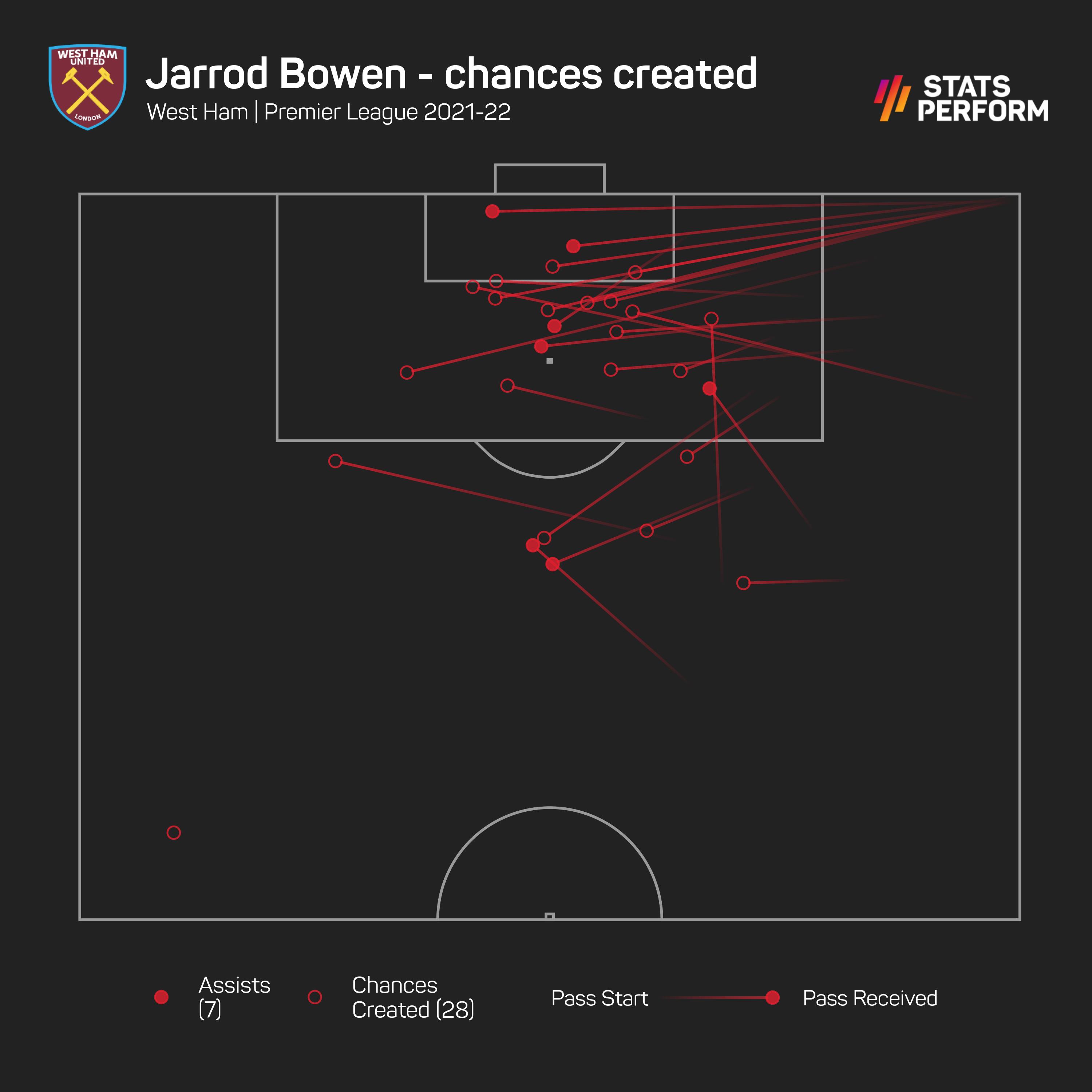 With Salah and Sadio Mane still away at the Africa Cup of Nations, Brazilian forward Firmino again looks set for a starting role as the Reds travel to Selhurst Park on Sunday.

Firmino has been involved in six Premier League goals against Palace in his last five appearances (4 goals, 2 assists), having been involved in just two across his first seven games against the Eagles in the competition (2 goals).

Starting with a double in a 7-0 win in this exact fixture last season, each of Firmino's last 10 Premier League goals have all come away from home. Liverpool have won their last six Premier League away games against Palace.

Can Newcastle beat the drop? Their best hope before the transfer window opened up a new world of possibilities appeared to lie with the fast feet of Saint-Maximin, and he remains their star attacker for now.

The French winger has scored in each of his last two Premier League appearances, with those goals earning 1-1 draws with Manchester United and Watford.

Now here lies the problem with trusting such form: he has never scored in three successive appearances in the competition. However, Saint-Maximin did score in the reverse fixture against Leeds in September, another 1-1 result for the Magpies. 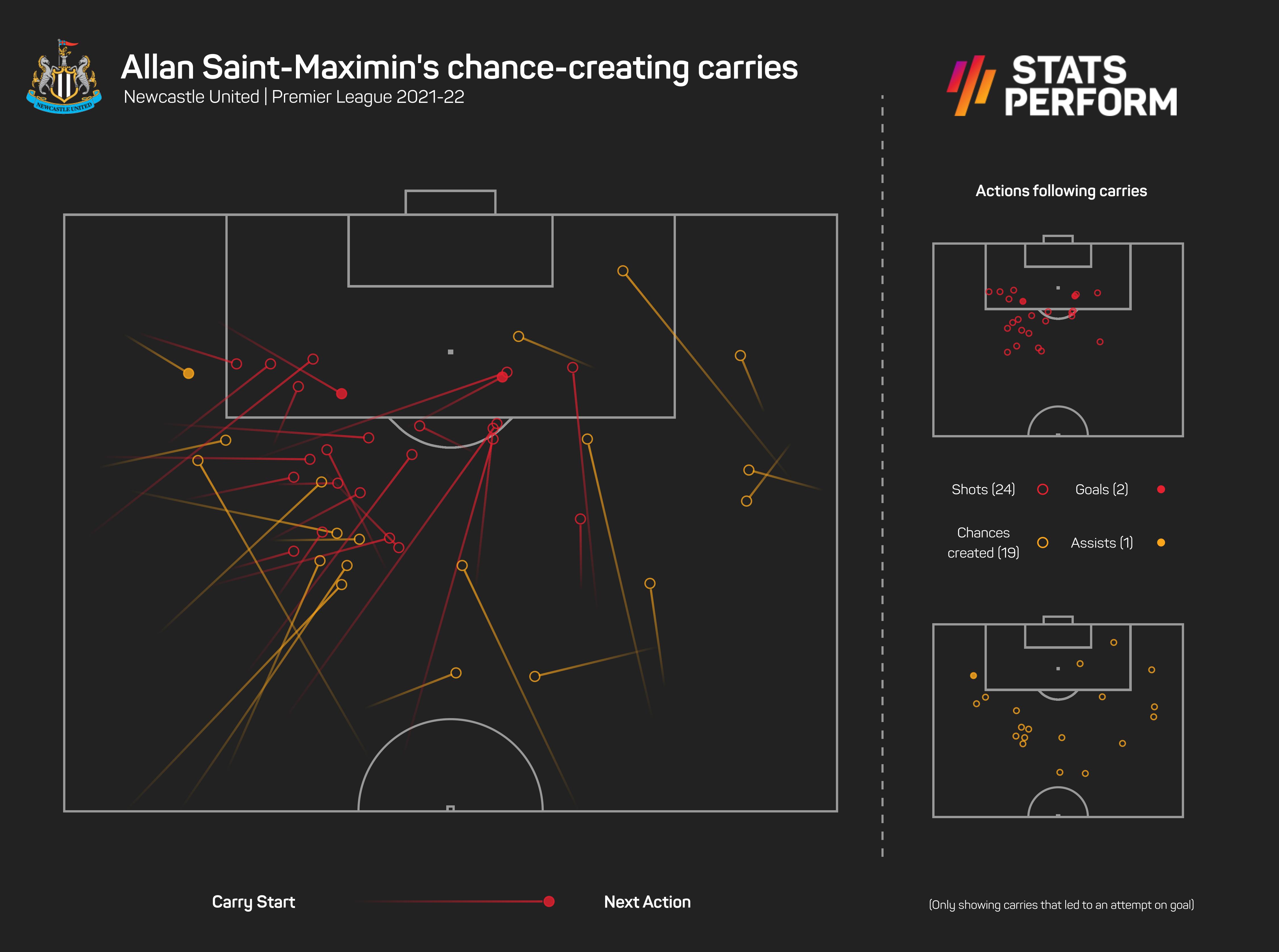 Full-back Benjamin Mendy denies seven counts of rape, one count of sexual assault and one count of attempted rape.

Cristiano Ronaldo's Manchester United future has been called into question, but Erik ten Hag is looking forward to working with the forward.