Manchester United's inability to take their chances came back to bite them once more as they were held to a 1-1 draw by Southampton on Saturday.

Che Adams struck early in the second half to cancel out Jadon Sancho's opener at Old Trafford.

In the 3pm GMT kick-offs, Everton ended a six-match winless streak in the Premier League as Frank Lampard oversaw a vital 3-0 win over Leeds United at Goodison Park, while Watford were beaten by Brighton and Hove Albion and Brentford drew 0-0 with Crystal Palace.

Manchester United 1-1 Southampton: Rangnick's right, but that won't get the Red Devils points

Ralf Rangnick may have risked the wrath of some pundits after bringing up expected goals in his post-match comments, but the interim manager is correct – his side are creating plenty of chances without putting them away.

Nevertheless, for only the second time in their Premier League history, United have failed to win back-to-back matches despite being ahead at half-time in both, having last done so in December 1998.

Across their 10 top-flight games under Rangnick, meanwhile, they have averaged fewer goals per game than they have under any other manager in Premier League history (1.4).

United are at least unbeaten in their last 12 Premier League games against Southampton (W5 D7) since a 1-0 home loss in January 2016, while having only scored two goals in his first 23 appearances for the club in all competitions, Sancho has since netted two in his last three.

Brentford ended a run of five straight Premier League defeats and registered a clean sheet for the first time in 12 top-flight games (since a 1-0 win over Everton on November 28), as they drew with Palace.

It was a match of few clear chances (there were only 15 shots in total), though Wilfried Zaha was convinced he should have been awarded a late penalty.

Zaha was making his 250th Premier League appearance for Crystal Palace, just the third African player to hit that milestone for a single club in the competition, after Shola Ameobi (294 for Newcastle) and Didier Drogba (254 for Chelsea).

Lampard claimed his first league win as Everton manager in style, as the Toffees snapped a four-match losing streak in the competition with an emphatic 3-0 win over Leeds.

Everton went 2-0 up before half-time through Seamus Coleman's first league goal in 69 games, since May 2019, and Michael Keane's 10th goal in the top flight for the club. 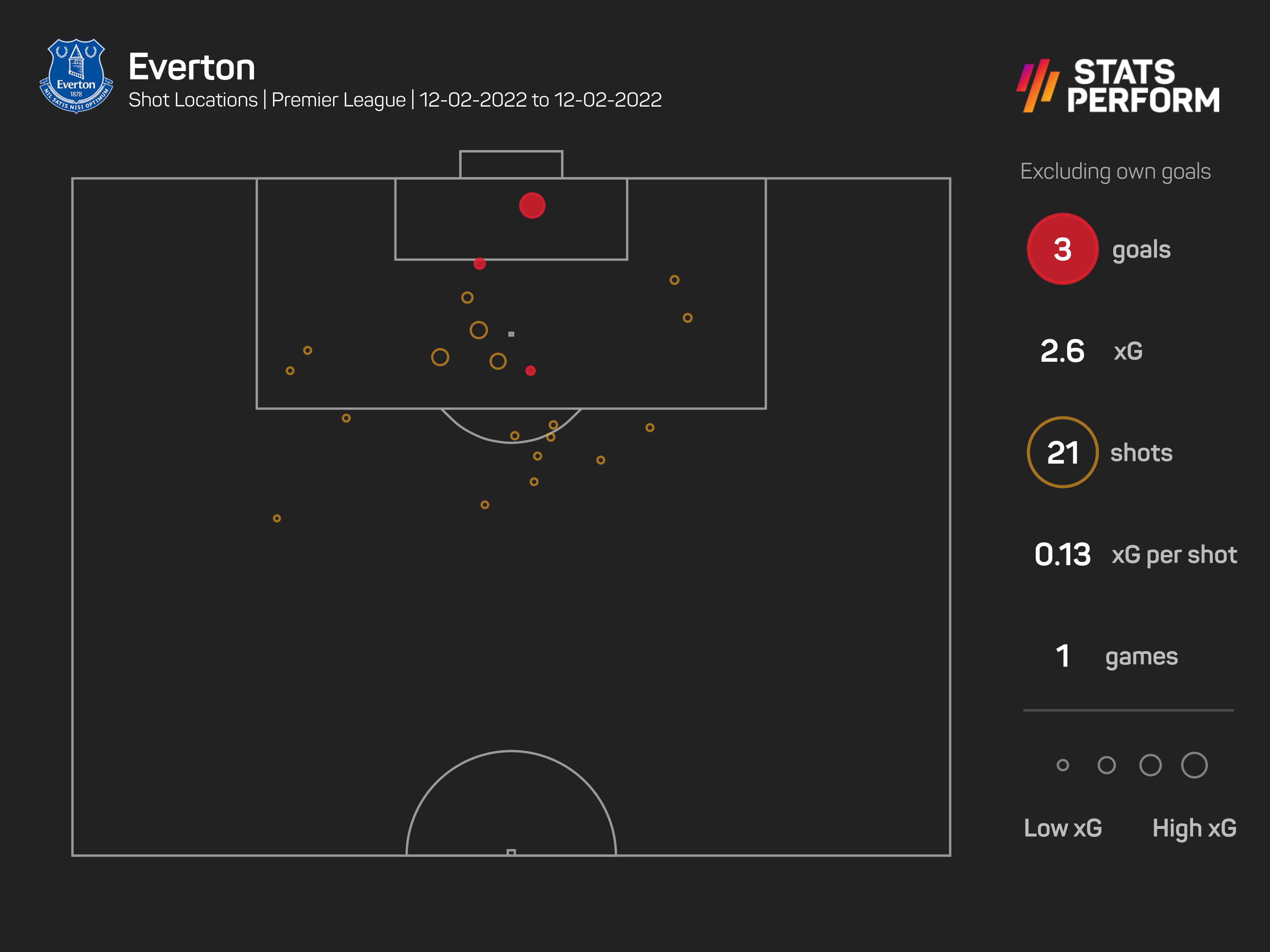 Both of those were headers and no team have now scored more headed Premier League goals than Everton, who are level with United on 336.

It was the first time Everton scored twice before half-time in 40 Premier League games, last doing so one year and nine days earlier against, coincidentally, Leeds at Elland Road.

Watford 0-2 Brighton and Hove Albion: No home comforts for the Hornets

Watford have now lost six consecutive home league games for the first time since August to October 1990, a run which also included a defeat to Brighton.

Neal Maupay and Adam Webster got the goals for Brighton, who have lost just one of their past 12 away games in the Premier League, all coming in 2021-22 (W4 D7) – no side has lost fewer away games in the top flight this term than the Seagulls.

Watford have not kept a clean sheet in any of their past 17 home Premier League matches, equalling the competition's record run without a home shut-out.

Roy Hodgson has taken on a big job, and Watford will want a favour from Aston Villa against Newcastle United on Sunday to remain within three points of safety.

City lost on their previous league trip to Carrow Road, but there appeared little danger of a shock this time around as Raheem Sterling's perfect hat-trick helped them to a 4-0 win.

Sterling became the third City player to score a perfect hat-trick in the Premier League, after Edin Dzeko and Sergio Aguero (twice). Meanwhile, no player has scored more away hat-tricks for the club in the competition than Sterling, with each of his last three coming on the road. 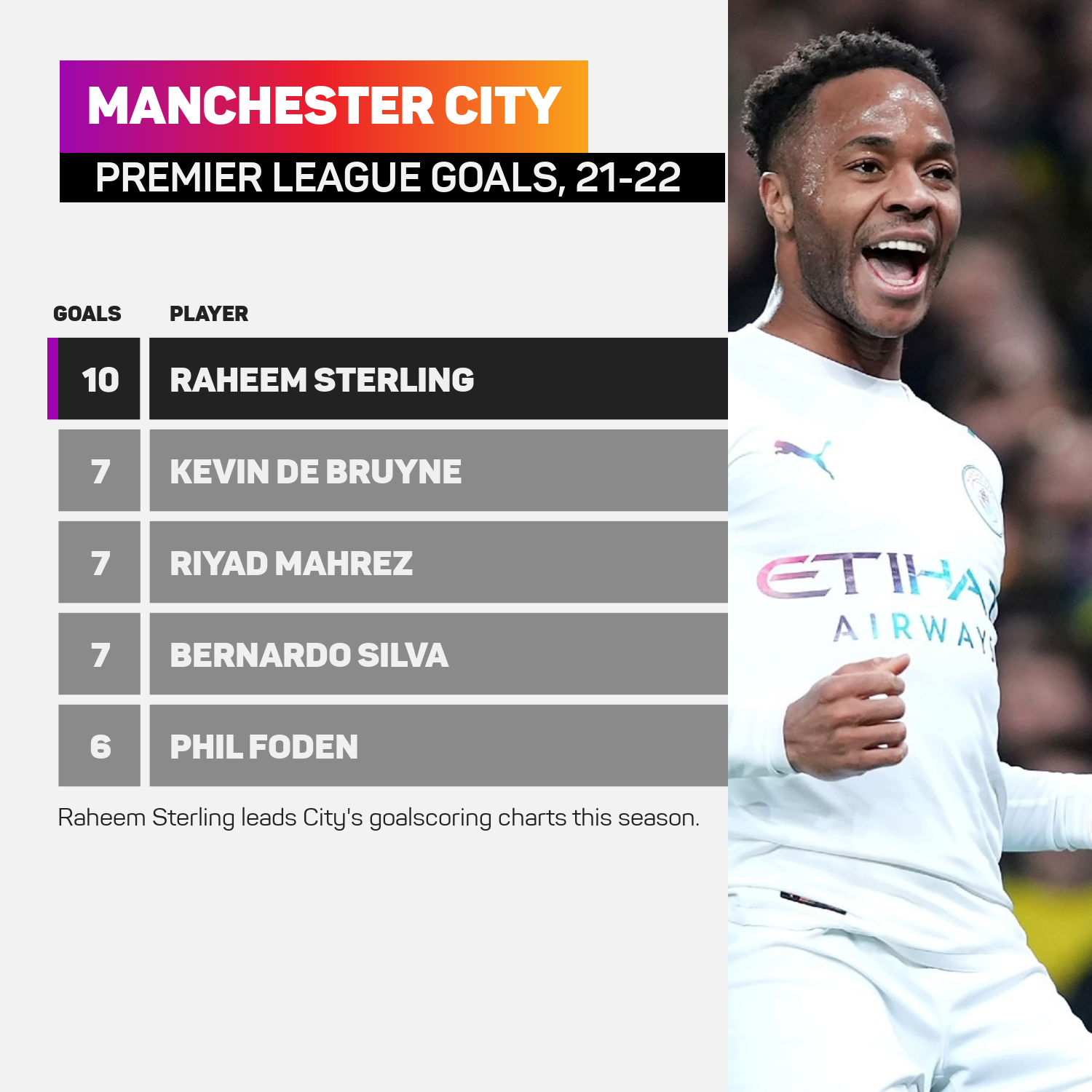 The ex-Liverpool attacker became the sixth City player to score as many as 10 headed goals in the Premier League, with only Aguero (19) and Niall Quinn (13) netting more.

City scored at least four goals in a Premier League away game for the 21st time under Pep Guardiola, at least eight more than any other side since the Catalan coach joined the club.

Arsenal completed the signing of Gabriel Jesus on a long-term deal on Monday and the Brazil international is excited to get going.

Arsenal have made their fourth signing this transfer window after adding Brazil striker Gabriel Jesus to their ranks.