Liverpool's set-piece prowess helped them to a scrappy win at Burnley, while Raul Jimenez fired Wolves to a massive win over Tottenham.

Liverpool responded to Manchester City's thrashing of Norwich by recording a hard-fought 1-0 win at Burnley.

Fabinho struck the only goal in the first half, as the Reds continued their fine set-piece record on a day when set-plays proved decisive across the Premier League.

Elsewhere, Raul Jimenez starred as Wolves leapfrogged Tottenham with a shock 2-0 win, and Newcastle continued their revival with a 1-0 win over Aston Villa, thanks to Kieran Tripper's free-kick.

The final game of the day saw West Ham rescue a dramatic 2-2 draw at Leicester City, with Craig Dawson netting a stoppage-time equaliser.

Liverpool did not produce a vintage performance, but Jurgen Klopp's men kept leaders Manchester City on their toes by earning a vital away win.

The Reds had to work hard for the three points against Burnley at Turf Moor. After managing 27 shots, nine attempts on target and 50 touches in Burnley's penalty area in the reverse fixture at Anfield last August, Liverpool had just over half as many touches in Burnley's 18-yard box this time (26), managing 12 shots in total and just four on target. 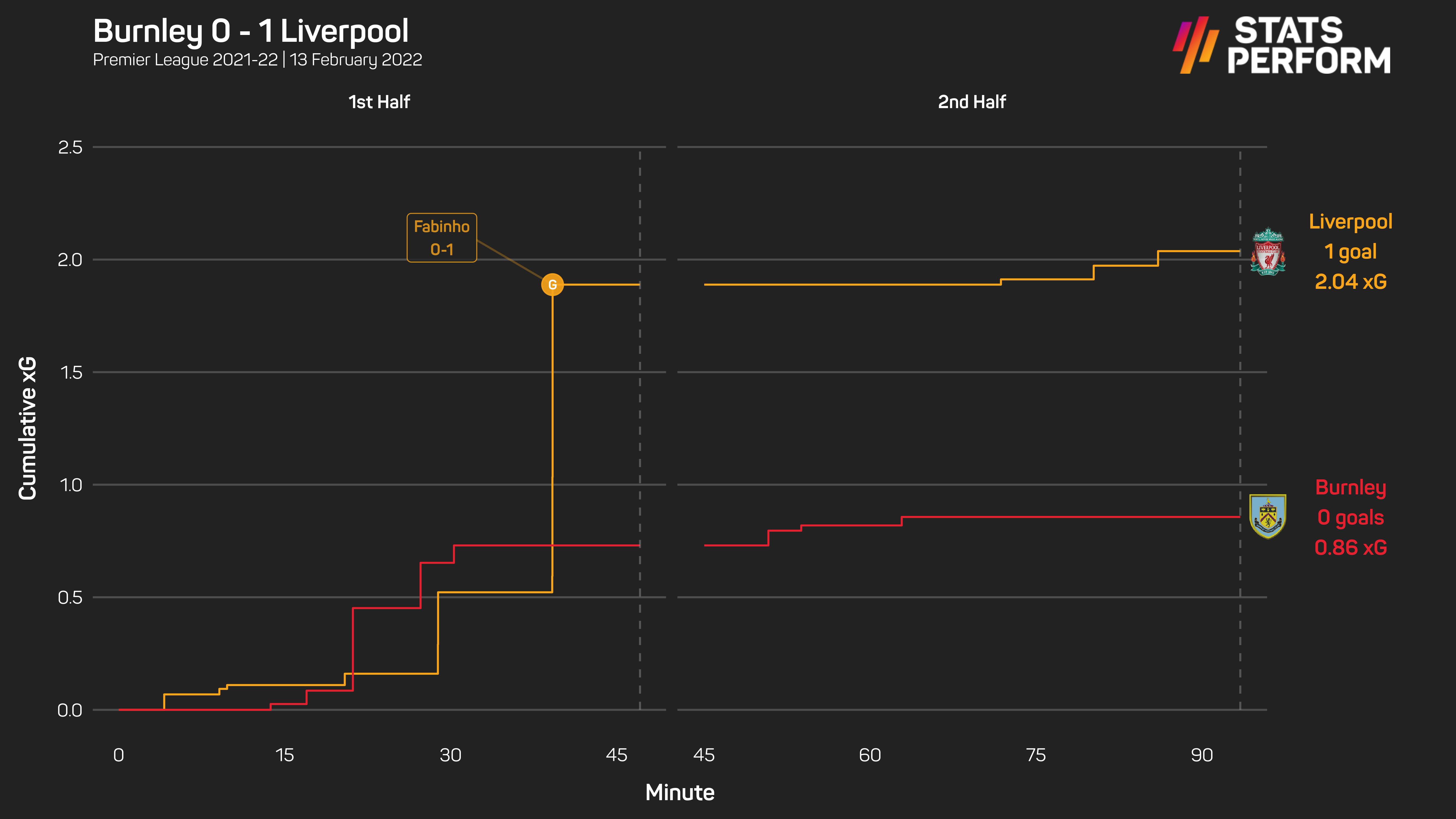 However, Klopp's men dug deep to find a winning goal, and did so courtesy of their fantastic set-piece record. Excluding penalties, 14 of Liverpool’s 61 Premier League goals this season have come via set-pieces, more than any other team and more than the tally they recorded in the top-flight last term (13).

Fabinho's winning goal also means he has scored more goals in his last seven matches (five) than he managed in his first 142 appearances for Liverpool in all competitions (four).

Meanwhile, the Anfield outfit also maintained their record of having won each of their games in which the Brazilian has netted for the club, with that run now reaching eight matches.

It was Wolves, rather than Tottenham, who asserted their top-four credentials by recording a huge win in north London, with Jimenez and Leander Dendoncker firing the visitors to a 2-0 win. 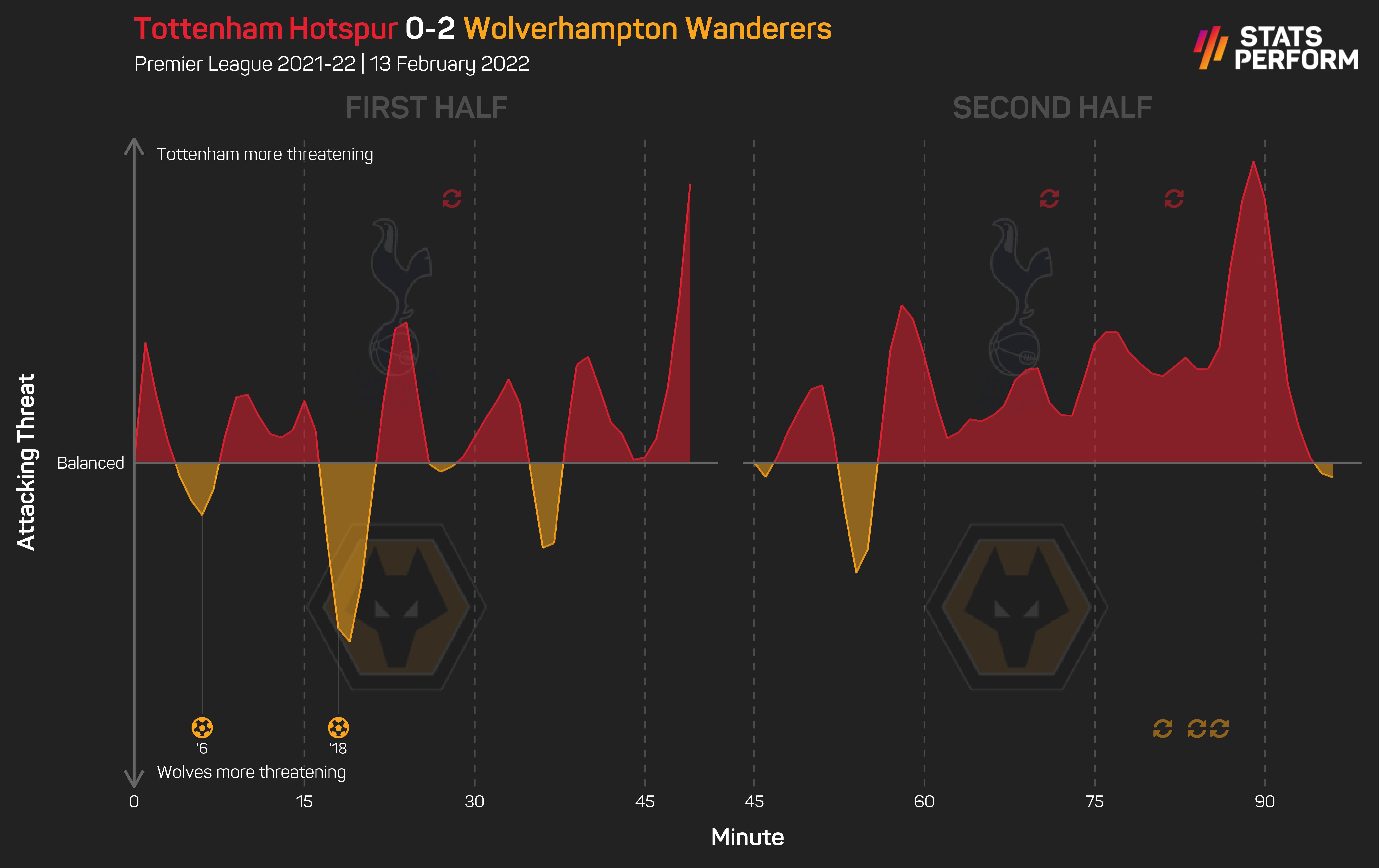 Mexican striker Jimenez has now scored in each of his last three Premier League appearances away at Spurs (three goals), with Wolves winning each of those contests.

Indeed, Jimenez has now scored four times in six appearances against Tottenham, and has only scored more Premier League goals against Southampton and Everton (five).

For Antonio Conte's Spurs, the defeat was their third Premier League reverse in succession, and they also lost three consecutive league games under Nuno Espirito Santo in September 2021. This marks the first time they have had multiple three-match losing games in a Premier League campaign since 2004-05 (also two).

Newcastle's clash with Aston Villa was not exactly one for the purists, featuring the third-lowest expected goals tally of the entire Premier League season so far, but Tripper ensured that it was a memorable day for the Magpies.

Trippier's 35th-minute free-kick was enough to see off Steven Gerrard's men in a contest where both teams created just 0.5 xG apiece.

Remarkably, Newcastle have now scored a direct free-kick goal in each of their last three Premier League games (Jonjo Shelvey at Leeds, followed by Trippier against Everton and Aston Villa), becoming the first side to do so since Liverpool in December 2013.

In a game of fine margins, the England right-back showed the quality that he brings to the Magpies' relegation fight, and he is now the first Newcastle player to score direct free-kick goals in consecutive Premier League games since Hugo Viana did so in May 2003.

That winning feeling!
Delighted to score the winning goal today, brilliant performance by everyone! @nufc pic.twitter.com/xbd5lRv28Z

Eddie Howe's team have now won three Premier League games in a row for the first time since November 2018, as the skies begin to brighten around St James' Park.

Having taken an early lead through Jarrod Bowen, West Ham were facing defeat at the King Power Stadium after Youri Tielemans and Ricardo Pereira struck either side of half-time.

Only Mohammed Salah, with 25, has had more goal involvements than Bowen in the Premier League this season, with the Hammers winger racking up eight goals and eight assists so far this campaign.

Despite Pereira's goal putting them on the brink of victory, Leicester suffered late heartache, with their winless run reaching four Premier League matches after Dawson headed home from a stoppage-time corner.

Excluding penalties, Brendan Rodgers' men have now conceded 14 goals from set-pieces in the Premier League this season, more than any other team. 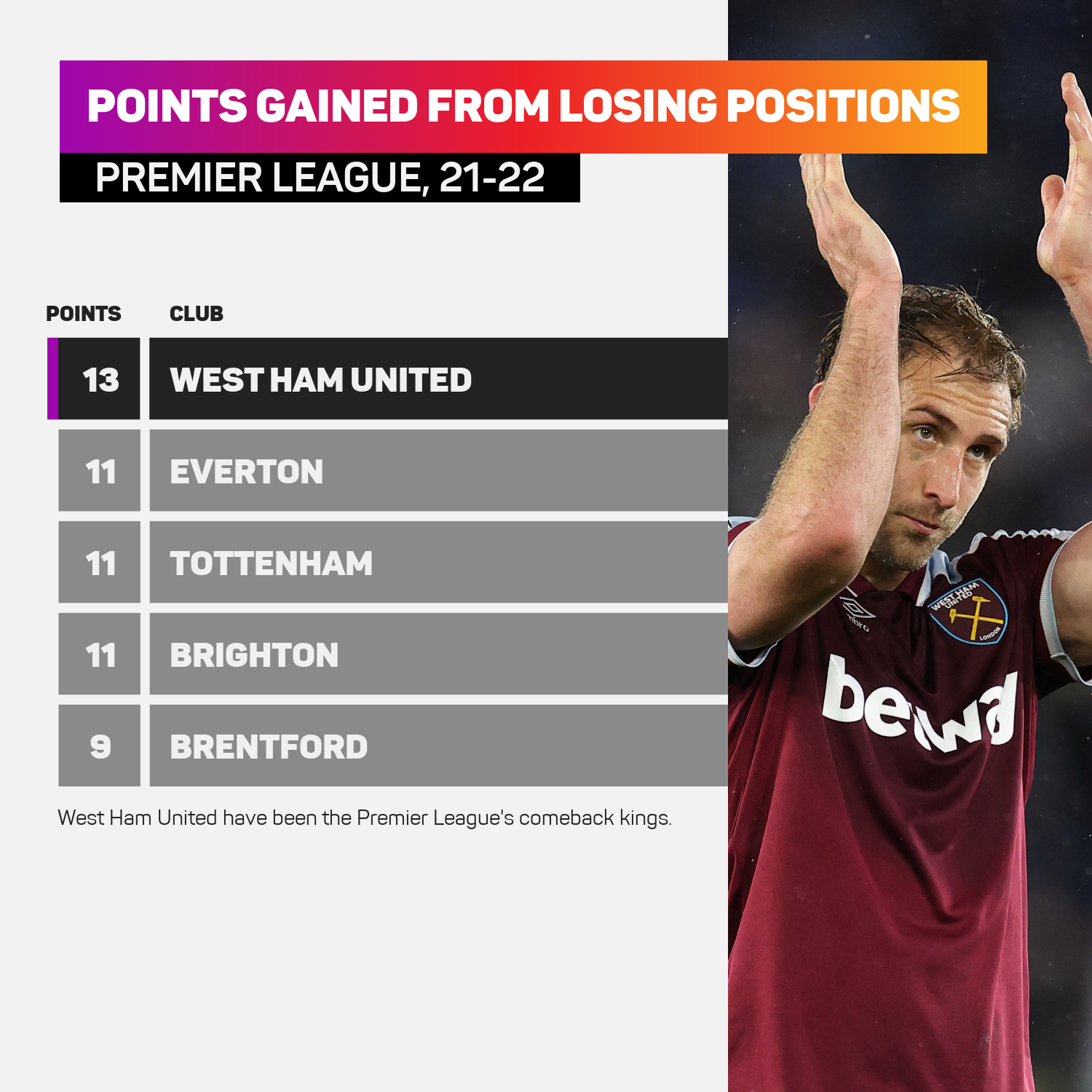