Chelsea conceded a 94th-minute equaliser against Manchester United, but Graham Potter had no complaints with the result.

Graham Potter accepted Manchester United deserved their late equaliser in Saturday's 1-1 draw as Chelsea did not do enough to take all three points.

Chelsea were second best for most of the first half, but Potter's decision to bring on Mateo Kovacic for Marc Cucurella and switch to a back four before the break helped stem the flow.

While fourth-placed Chelsea did improve and finished with an expected goals (xG) value of 1.07, compared to 0.85 for United, Potter did not feel hard done after a draw that kept his side a point ahead of the Red Devils.

"I can't stand here and say we deserved to win. The two teams had a go and a point is about right," the Blues head coach told BBC Sport. "It wasn't from a lack of trying – the boys gave everything.

"When you score as late as you do there's a feeling you've dropped points but over the course of the game a point is about right.

"There are lots of positives in terms of the amount of effort the boys put into the game. United were better than us for the first 30 minutes and we had to respond and I felt we did.

"When we scored, because of how hard fought it has been it is hard to control things going into the box. We have to accept the point and dust ourselves down to go again." 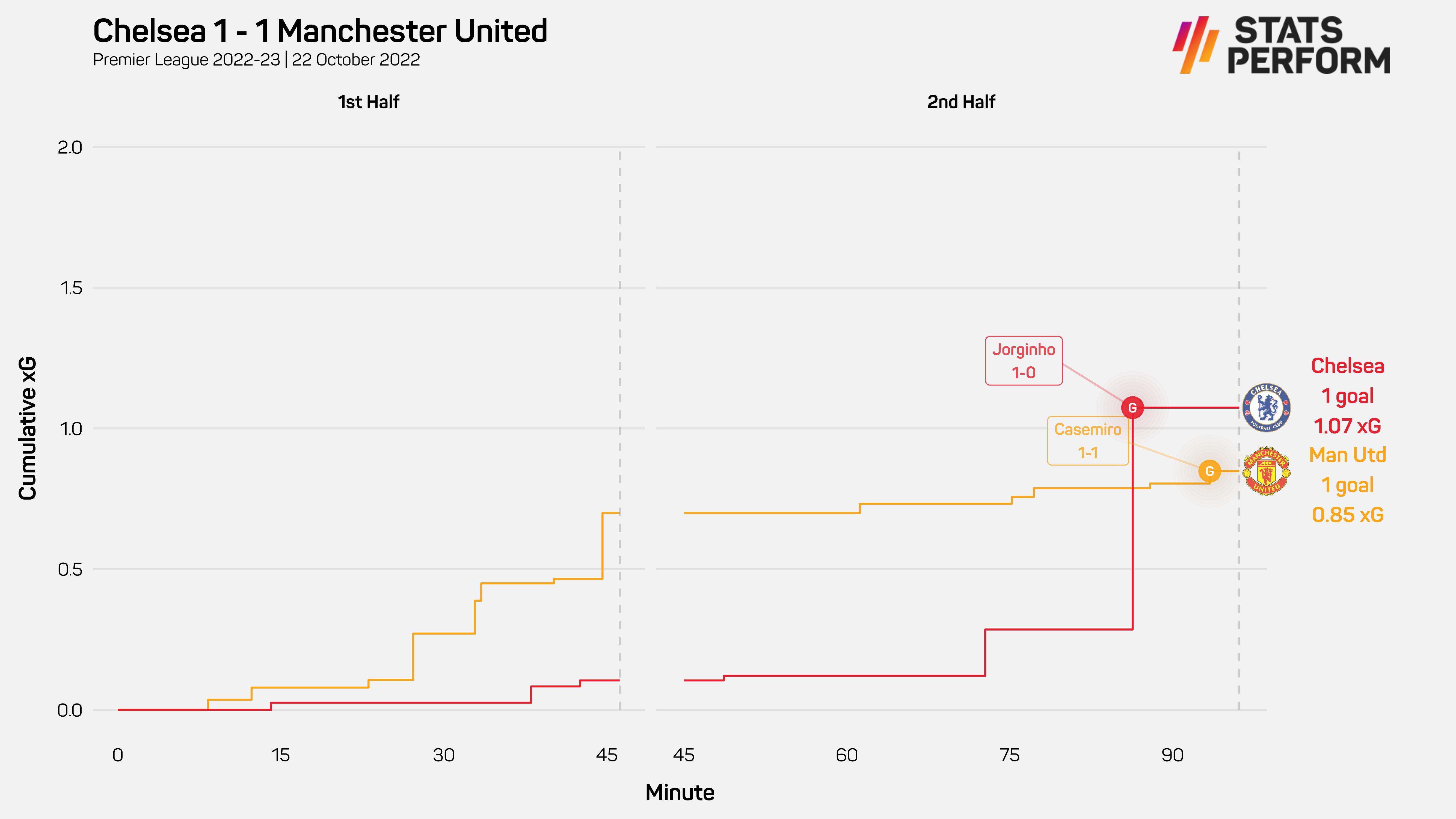 Chelsea have now played out five successive stalemates with United in what is the most drawn fixture in Premier League history (26 in total).

Kepa Arrizabalaga fell just short of keeping a sixth straight clean sheet, and what would have been a fourth in a row in the league for Chelsea for the first time since March 2021.

The Spain international got a hand to Casemiro's header but the ball came back off the frame of the goal and landed over the goal-line.

"Kepa was a bit unlucky but it's only just gone in and the first goal we have conceded in a while. We have to take the positives," Potter added.

"I thought we could've attacked a bit better at times. We had chances, they had chances, so a point is about right."

Croatia may have secured their place in the World Cup quarter-finals, but their fans' behaviour has come under scrutiny.

Messi is 'human' and 'can miss' penalties, says Netherlands' Noppert ahead of World Cup quarter-final

Lionel Messi has scored and missed from the spot at this World Cup, and Andries Noppert feels ready if Friday's game goes the distance.

Despite being dumped out before the quarter-finals by Morocco, Spain still have a bright future if they can adapt, says Michel Salgado.

Flick to remain as Germany coach despite World Cup woe

Despite seeing his side eliminated at the group stage, Hansi Flick will remain as Germany coach ahead of a home Euro 2024 campaign.

Lovren 'does not see any disrespect' in Brazil's dancing goal celebrations

Brazil's goal celebrations have been condemned by some, but Dejan Lovren does not feel they are performed in bad taste.

Chris Paul is set to play against the Boston Celtics as the top-ranked teams in the Eastern and Western Conferences do battle.

Following the invasion of Ukraine, Russia and Belarus have been sanctioned by the IOC, with no plans to overturn their bans.