Cristiano Ronaldo is set to feature in a record-equalling fifth World Cup after Portugal booked their passage to Qatar.

Portugal sealed their place at the 2022 World Cup as Bruno Fernandes double secured a 2-0 win over North Macedonia.

Fresh from their shock defeat of Italy, North Macedonia headed to Porto with another giant killing in their sights, but it is Cristiano Ronaldo and company who will feature in Qatar.

Whereas North Macedonia had kept things tight and took their chance when it came in Palermo last week, a costly mistake from Stefan Ristovski saw them fell behind this time around.

Fernandes took full advantage, opening the scoring in the 32nd minute before doubling his tally after finishing a counter-attack he helped start with a fine 65th-minute half volley to ensure Portugal kept up their record of qualifying for every World Cup since the turn of the century.

Portugal's first opportunity seemed set to result in a goal when Ronaldo burst onto Otavio's pass in the 14th minute, only to drag wide when one-on-one with Stole Dimitrievski.

North Macedonia had otherwise kept Portugal at arm's length, yet Diogo Jota should have done better when he headed over the bar from Fernandes' corner.

It was a mistake, though, that gifted Portugal the lead. Fernandes pounced on Ristovski's poor pass and, having received a neat pass back from Ronaldo, picked out the bottom-left corner.

Jota sliced a close-range effort wide as a chance for 2-0 went begging before half-time, but Fernandes made no such mistake after the hour.

Pepe's superb tackle prevented a North Macedonia attack and started a rapid counter, with Fernandes beating the offside trap to steer in brilliantly from Jota's cross.

That settled any nerves in the crowd, with Fernando Santos' team able to relax as their prolonged qualification quest proved successful.

The only downside for the fans was two late chances going amiss for Ronaldo, who just failed to turn home a Fernandes cross before his path to goal was blocked following an excellent run from Rafael Leao. 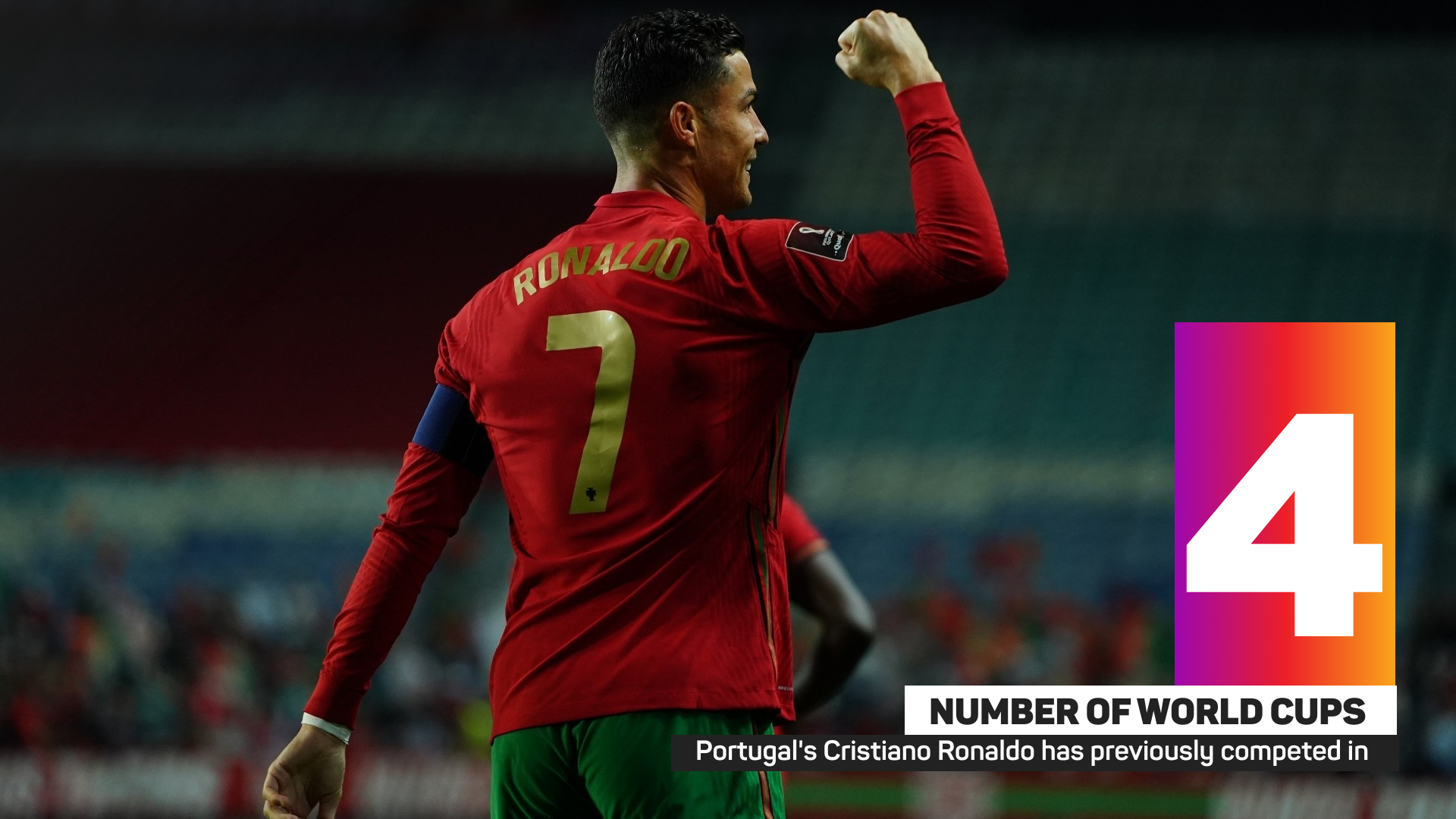 What does it mean? Heavyweights book their spot

The draw for Path C of the UEFA qualification play-offs always ensured that at least one giant of European football – and, indeed, one of the previous two Euro winners – would miss out on a place in Qatar.

The likes of Germany, England, Spain, France and the other European nations to already have qualified will have been thrilled to see Italy crash out to North Macedonia, but lightning never looked likely to strike twice for the minnows, who can at least reflect on that famous win over the Azzurri.

Barring missing out through injury, Ronaldo will feature in a fifth World Cup, which equals the record currently shared by Antonio Carbajal, Rafael Marquez, Lothar Matthaus and Gianluigi Buffon, albeit the latter did not actually play in the 1998 tournament despite making Italy's squad.

At 37, this will surely be Ronaldo's final chance to become a world champion on the international stage.

Ristovski's error did, of course, prove extremely costly, but ultimately North Macedonia did just not have the guile or quality in attack to frighten Portugal.

In fact, they managed just three shots, with none of them testing home goalkeeper Diogo Costa.

Portugal face neighbouring Spain in the Nations League in June, while North Macedonia go up against Bulgaria.