Pogba 'still one of the best in the world' says Szczesny, as Del Piero also talks up Frenchman's rumoured Juventus return

Six years after departing Juventus, Paul Pogba is being linked with a return and Wojciech Szczesny says he remains an elite talent.

Paul Pogba would be welcomed back at Juventus with open arms after leaving Manchester United, according to Bianconeri goalkeeper Wojciech Szczesny, who says the midfielder remains one of the world's finest players.

United announced on Wednesday that Pogba is to depart Old Trafford when his contract expires this month, 10 years after originally leaving the Red Devils to join Juventus.

Since then, Pogba has been strongly linked with another return to a former club, with Juve looking to add dynamism to their midfield after finishing fourth in consecutive Serie A seasons.

Pogba won four league titles with the Turin giants between 2012 and 2016, the latter two under Massimiliano Allegri, excelling alongside the likes of Andrea Pirlo and Claudio Marchisio in the Juventus engine room.

And Szczesny claims the midfielder, who recorded more assists (38) and created more chances (231) in the Premier League than any other United player during his second spell at the club, remains an elite talent and would be an excellent signing.

"Yes, we'd welcome him back. He did brilliantly in his previous time at Juventus so he would be a great addition to the squad," he said, as reported by the Daily Mirror.

"He is a player with good calibre and experience, and he has good memories from Turin.

"Maybe over the last couple of years the consistency of his game and the injuries didn't help at United. But when he is fit, he is still one of the best in the world."

Having made a strong start to the 2021-22 season by registering four assists in a 6-1 Premier League thrashing of Leeds United, Pogba went on to endure a frustrating campaign as United struggled to a sixth-placed finish under interim boss Ralf Rangnick. 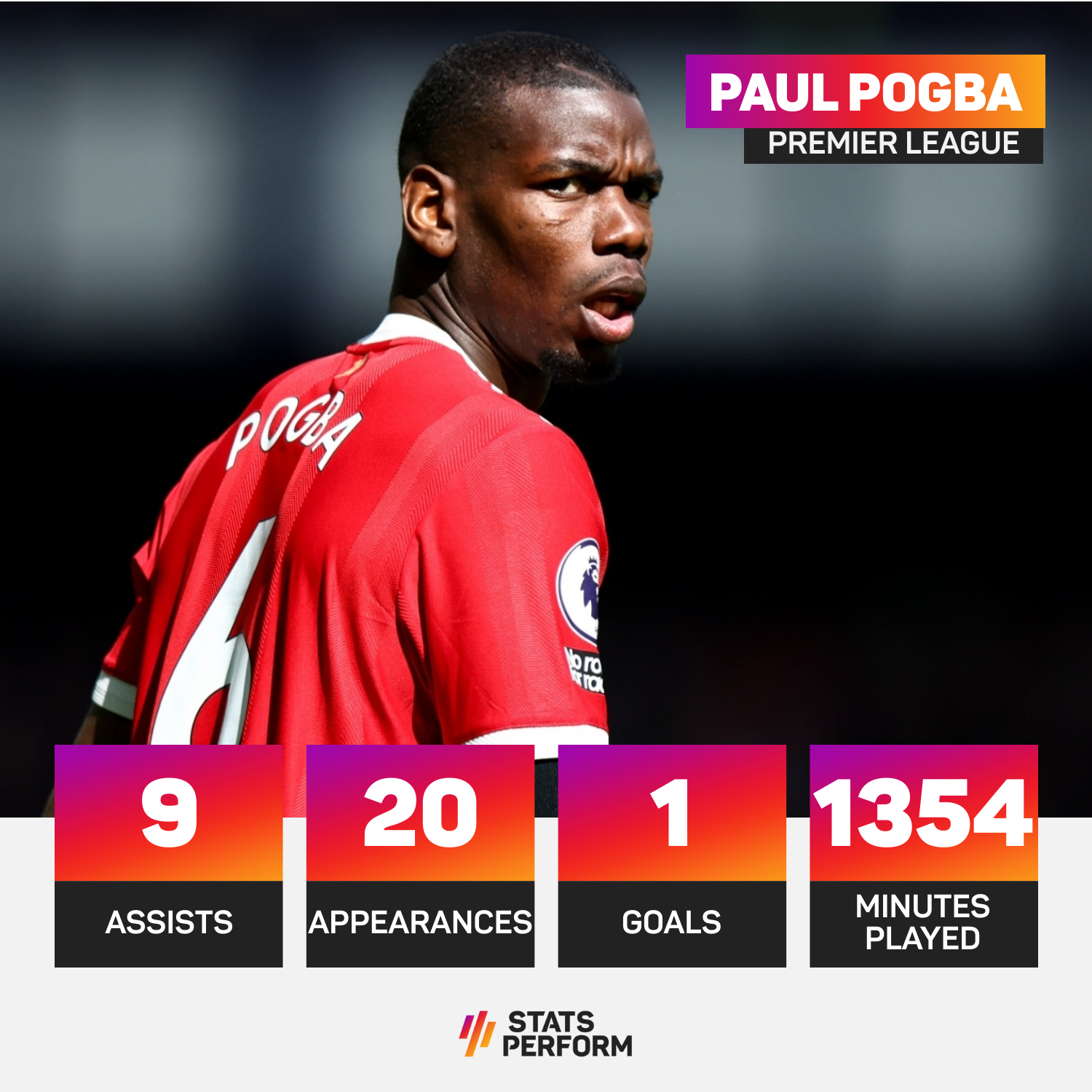 Meanwhile, Juve legend Alessandro Del Piero believes Pogba would be the ideal player to spearhead a Bianconeri rebuild under Allegri, insisting the World Cup winner would contribute at both ends of the pitch.

10 Serie A teams scored more than the 57 league goals recorded by Juve this year, with only the departing Paulo Dybala hitting double figures, who have also lost defensive stalwart Giorgio Chiellini.

"Paul is the right player to assist Vlahovic in attack, but also to protect the defence, which will lose a column like Chiellini," Del Piero told ESPN.

"Everything will depend on what Paul wants to do. If he wants to return to a club where he is loved by the fans and the whole environment, Juve is the right choice. If he wants to fight immediately to win the Champions League, he will have to choose another team.

"The context will be very different, because in the first cycle at Juve he was young and protected by players like Pirlo and Marchisio, this time it would be the opposite and it would be up to Paul to take the responsibility of making his team-mates grow.

"However, I believe that at United he has grown from this point of view, as a man and as a player."