Real Madrid, although unconvincing at times, recorded their fourth straight victory in LaLiga as the leaders defeated Osasuna on Wednesday.

Real Madrid moved one step closer to the LaLiga title with a 3-1 victory at Osasuna despite Karim Benzema twice failing from the penalty spot on Wednesday.

Madrid needed a stunning comeback to win 3-2 at Sevilla after a slow start on Sunday, but were quick out the blocks at El Sadar as David Alaba struck after 12 minutes before Ante Budimir immediately equalised.

Marco Asensio restored Madrid's lead in the 45th minute and, after Benzema saw two penalties saved by Sergio Herrera in the second half, Lucas Vazquez sealed victory in stoppage-time.

2 - Sergio Herrera is the first goalkeeper to save two penalties in the same LaLiga game since Sergio Asenjo against Getafe in February 2018 and is also the first to do so in a match against Real Madrid in the competition since 2003/04. Heroic. pic.twitter.com/ttAcuvThGI

Rodrygo forced a smart Herrera stop with a long-range effort in the opening exchanges, but Madrid were soon ahead.

A quick free-kick from Asensio and Dani Ceballos found space for Benzema, before the striker squared for Alaba, who fortuitously bundled home on the rebound from a Herrera reflex save.

Osasuna responded a minute later when Chimy Avila whipped across from the right for Budimir to tap-in.

Asensio pounced on Ceballos' saved close-range effort to poke Madrid ahead again on the stroke of half-time, before Thibaut Courtois excellently denied a looping Budimir header after the interval.

Avila then handled when trying to stop Rodrygo to offer Madrid a penalty, which Herrera saved against Benzema.

Benzema went for the same bottom-left corner after Rodrygo was felled by Nacho Vidal, with Herrera again guessing the right way.

Vinicius Junior then rolled wide on the counter before teeing up Vazquez, who finished into the bottom-left corner to confirm the win.

What does it mean? Title procession continues for Madrid

Madrid's title charge has been characterised by their fighting spirit to come through adversity to secure victory, and their performance at El Sadar was no different.

Los Blancos weathered an early storm from the hosts to take the half-time lead and, although Benzema twice failed from 12 yards, battled to victory over Osasuna, who have not defeated Madrid in 14 top-flight meetings.

Now, Ancelotti's team will tick off another fixture as they edge closer towards lifting the LaLiga trophy. 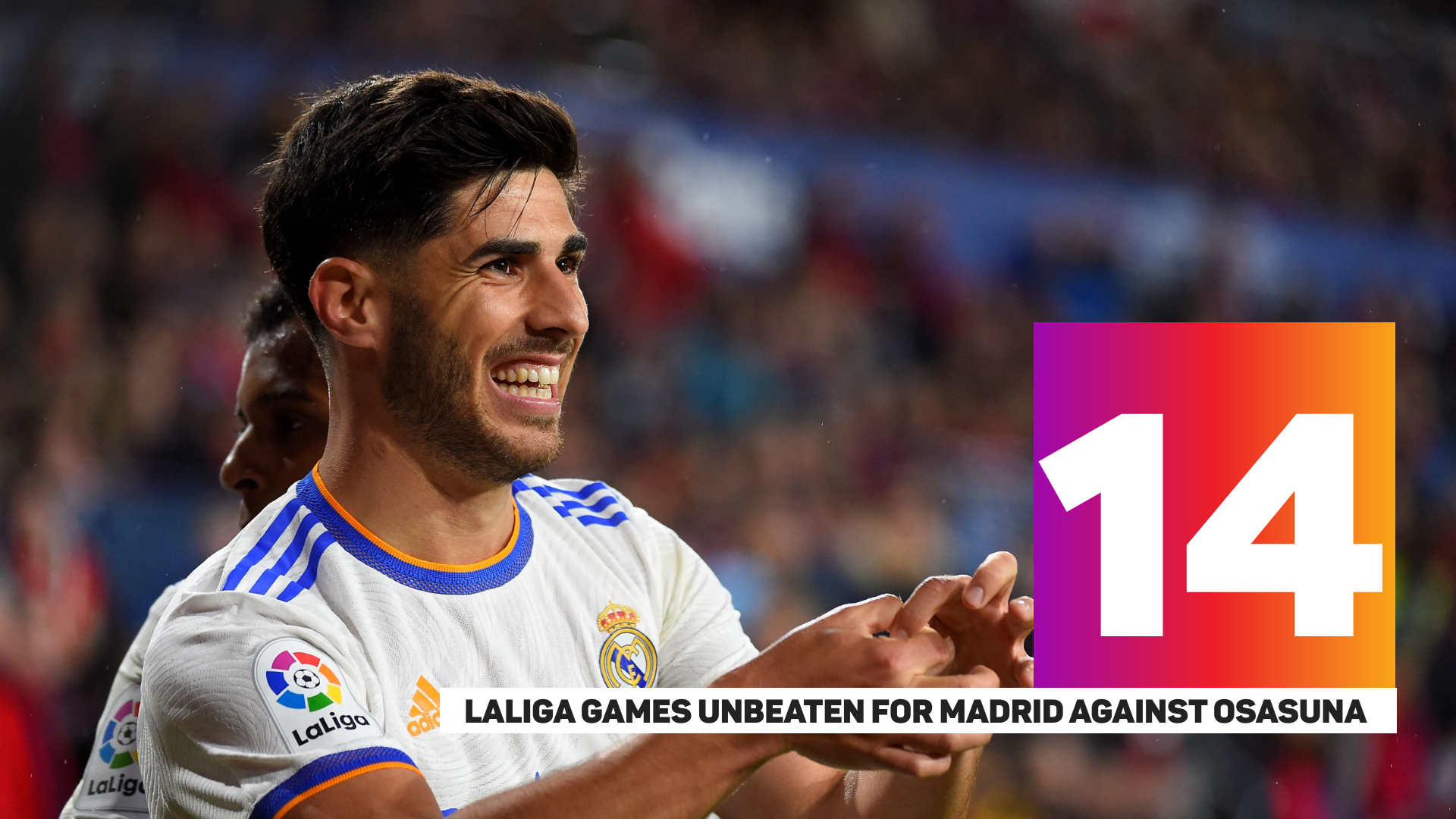 Winger Rodrygo was the star of the show as his half-time introduction sparked a comeback against Sevilla, and he was on form again against Osasuna as he won two penalties and laid on a game-high four chances.

The Brazil international's creative excellence did not prove fruitful for Benzema, who became the first player to miss two penalties in a LaLiga game since Raul Tamudo against Betis in April 2006.

Budimir has scored in each of his last five LaLiga games (five goals in total) as he became only the second Osasuna player to score in five successive top-flight games in the 21st century after Richard Morales in 2004. However, the striker's efforts ultimately proved in vain against the league leaders.

Madrid visit Manchester City in the first leg of their Champions League semi-final clash on Tuesday, before hosting Espanyol on Saturday – the day before Osasuna are away at Elche.