Barcelona face Espanyol in the Catalan derby on Saturday knowing they have a remarkable record in the fixture.

LaLiga leaders Barcelona return to action on Saturday looking to pick up where they left off before the World Cup and end 2023 on a high.

The Blaugrana won each of their last five league games prior to Qatar 2022, leaving them top of the table during the break.

They will be confident of making it six in a row this weekend.

While local derbies can be particularly difficult to predict, Barcelona's duels with Espanyol tend to go one way.

This isn't a derby that's been defined by unpredictability in recent years.

Barcelona haven't lost any of their past 24 league meetings with Espanyol (W18 D6), which is their longest run without a defeat against them in the top flight.

Their last such defeat was almost 14 years ago in February 2009 (1-2), a game that the current Barca coach Xavi played in.

Of course, that defeat was a massive shock, with former Barca player Ivan de la Pena scoring both goals as Espanyol won a league game at Camp Nou for the first time in 27 years. 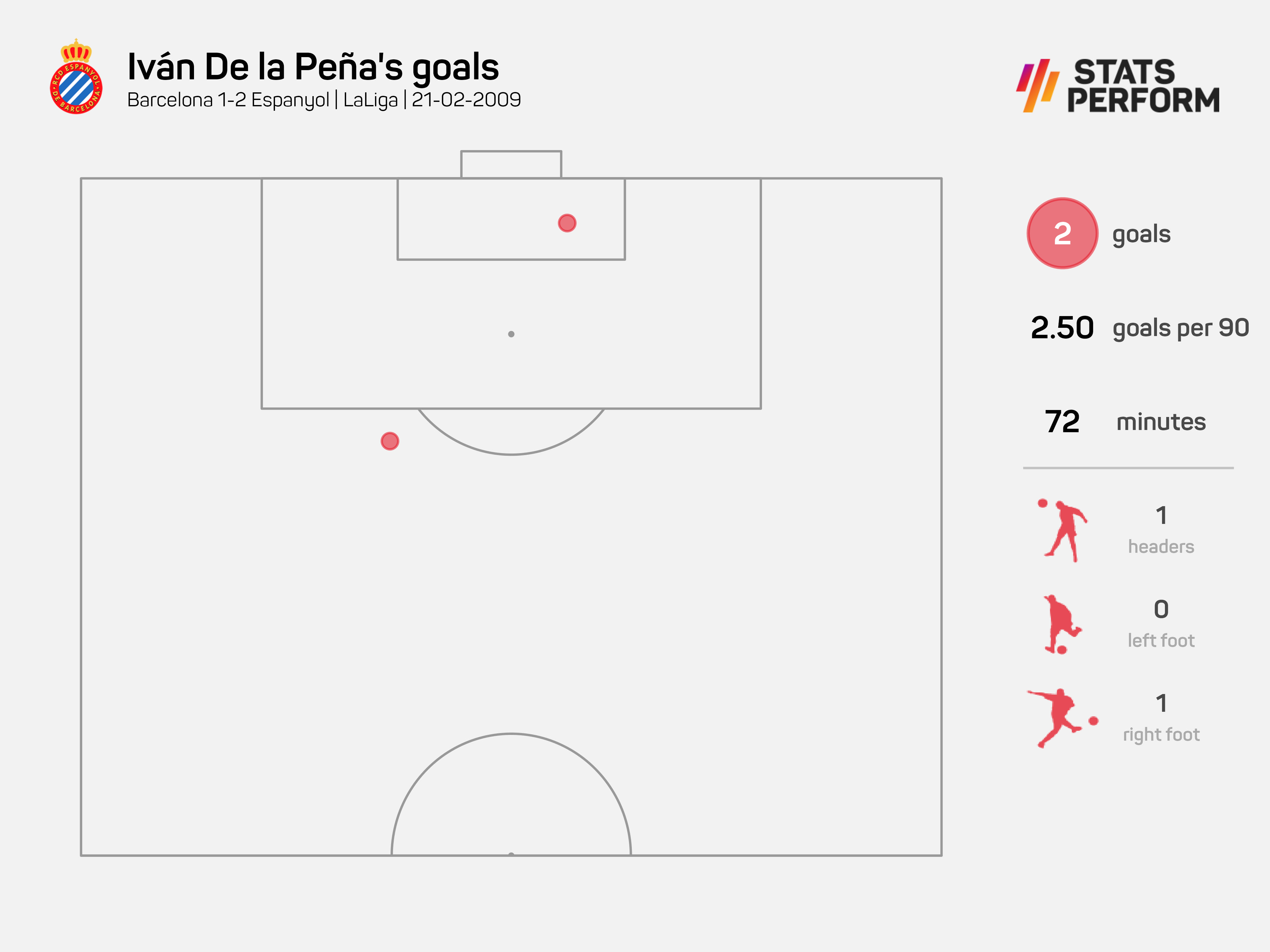 Before the game, there was a whopping 42-point abyss between the two teams, with Barca top and Espanyol bottom – the latter went on to finish 10th.

But since then, Barcelona have won all 12 home games against Espanyol in LaLiga, keeping 10 clean sheets in the process.

In fact, they have won more games at home against Espanyol in LaLiga than against any other opponent (G87 W69 D9 L9).

There is every reason to expect Barca's streak in the derby to remain intact this weekend when you take into consideration the two teams' pre-World Cup form.

By contrast, Espanyol have won only two of their first 14 games this term (D6 L6), equalling their lowest tally of wins at this stage of the season in the top flight (along with eight other instances).

Neither of those two victories came in the five games leading up to the season's hiatus, and Espanyol could only scrape past fourth-tier Atletico Paso 1-0 in the Copa del Rey last week thanks to an 80th-minute winner.

Of course, we tend to associate Barca with attacking brilliance, and they've certainly shown signs of that this season.

But defensively they've also been sound.

Xavi's men have already kept 11 clean sheets in LaLiga this season, which is the most of all teams across the top five European leagues. 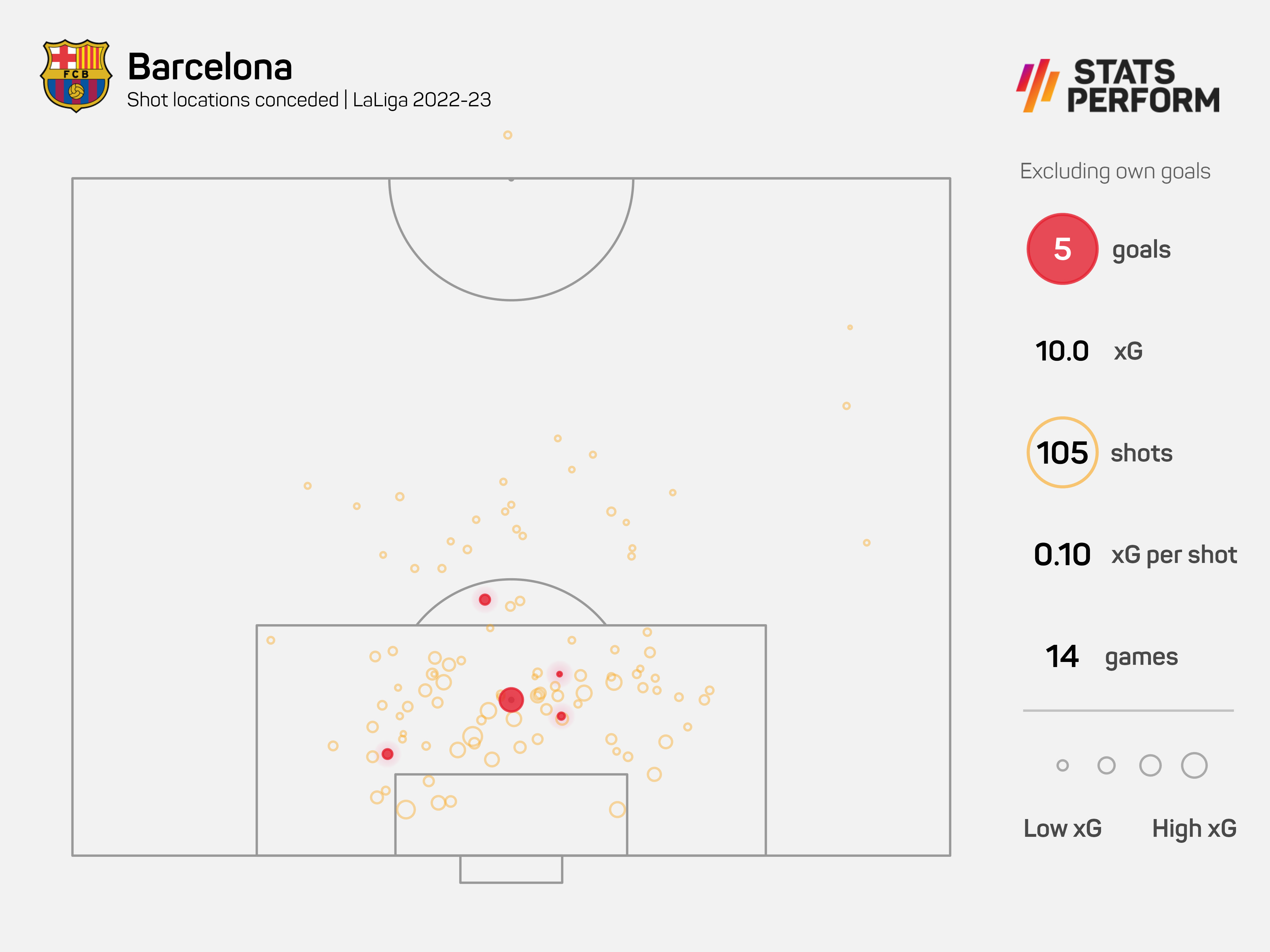 This is also Barca's biggest clean sheet tally after 14 league matches in a LaLiga season this century.

But they are not entirely bulletproof.

If Espanyol are to breach the Barca defence, their strategy may revolve around an intense start as the Blaugrana have conceded a league-high 60 per cent of their goals this season in the opening 15 minutes of matches (3/5).

Espanyol will have prepared for this game confident that Robert Lewandowski's suspension would at least aid their chances of springing a surprise.

That was until Friday, anyway, when it was revealed the Polish striker would in fact be available.

Lewandowski was sent off for two bookings against Osasuna in Barca's last pre-World Cup game, while a gesture he made while leaving the pitch earnt him an additional two-match ban.

Lewandowski can play tomorrow against Espanyol after the dispute settlement court in Madrid issued a precautionary measure against the suspension imposed by the court of arbitration for sport pic.twitter.com/IL0WCwiFeD

But a "precautionary measure against the suspension imposed by the Court of Arbitration for Sport" means a final decision on the suspension has been delayed, freeing the Poland star – who has scored 13 goals in 14 league outings this term – to face Espanyol.

The task awaiting Espanyol just got even tougher, and as such the importance of Joselu increased again for Los Pericos.

The striker has been involved in 50 per cent of Espanyol's goals in LaLiga this season (8/16), with Borja Iglesias (eight) the only Spanish player to score more than his seven.

He would surely trade all of those in for a decisive impact in the derby, however, with Barca's remarkable record making them overwhelming favourites once again.