Bayern Munich coach Julian Nagelsmann has credited his predecessor Hansi Flick with the team's success in the DFL-Supercup.

It sealed Bayern's ninth Supercup win in total, and their second in a row after they beat the same opponents in 2020, under then-coach Flick, who left the club at the end of last season.

Flick, now the Germany coach, led Bayern to two Bundesliga titles, the Champions League, a DFB-Pokal, FIFA Club World Cup and UEFA Super Cup – as well as the Supercup – during his 18-month spell, and was watching on from the stands as part of a limited-capacity but vociferous crowd on Tuesday.

For Nageslmann, the victory represents his first trophy as a coach. Indeed, the 34-year-old had only overseen one appearance in a final – RB Leipzig's 4-1 defeat to Dortmund in May.

Despite finally claiming silverware to get his Bayern tenure off to a strong start, Nagelsmann insisted the credit had to go to Flick and the players who claimed a ninth successive Bundesliga title in 2020-21.

"We thoroughly deserved to win. It's not easy against Dortmund with the attacking power that they have," Nagelsmann told Sat.1.

"The title is the reward for last season because we won the title. Not me, but Hansi Flick. The title belongs more to others than it does to me.

"I was forced by the boys to pick up the trophy, they picked me up a little – 'now you finally have a title too'."

Describing winning his first trophy and an eagerness for more, Nagelsmann stated he has "small hamster teeth", adding: "Everyone knows that this has a meaning, also for me. But also, for the dressing room.

"At Bayern there is pressure, you have to win games and win titles, so it was important." 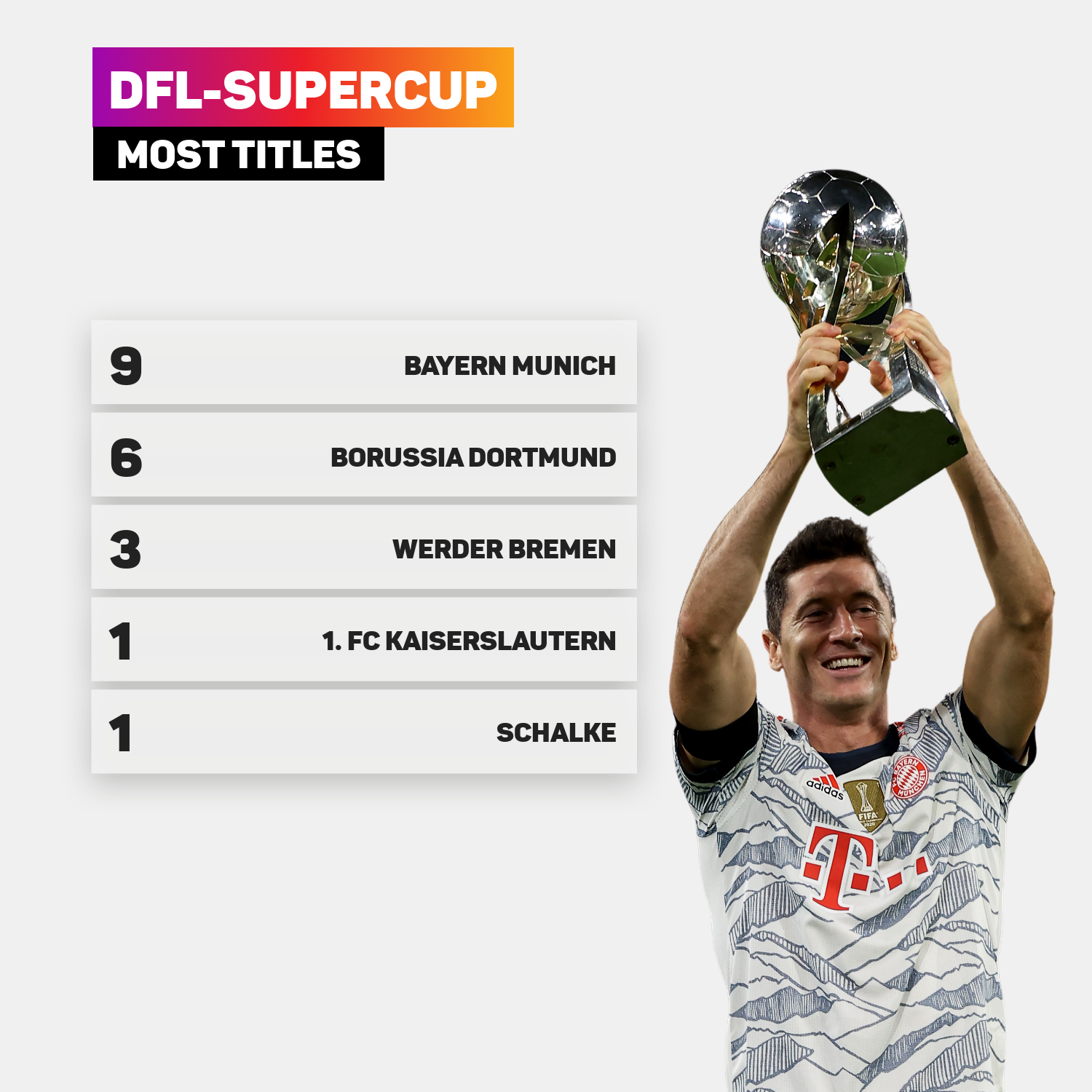 Lewandowski was in imperious form on his old stomping ground, converting the two big chances that came his way in clinical fashion – his first goal a fantastic header, his second a cool finish following Manuel Akanji's mistake – as the Bayern star paid homage to one of German football's greats, Gerd Muller, who passed away over the weekend.

"It means a lot to me. It's the next title win for us," said Lewandowski, who broke Muller's record of 40 goals in a single Bundesliga season last term.

While Lewandowski starred at one end, Erling Haaland toiled to no avail at the other, though Dortmund's free-scoring forward was unfortunate to have a goal ruled out for offside.

Reus was the main threat for Marco Rose's team, with his three attempts and two key passes leading the way.

"It was an unnecessary defeat. Bayern had their chances, we knew they would," said Dortmund's captain.

"There was no faulting our energy levels and passion, but titles have a habit of ending up at Bayern."