Mbappe to Liverpool? Klopp rules Reds out of move for PSG star

Kylian Mbappe has been linked with Liverpool, but Jurgen Klopp has suggested the Reds will not engage in a transfer battle with Real Madrid.

Jurgen Klopp is interested in signing Kylian Mbappe, but accepts Liverpool are not able to compete with Real Madrid for the Paris Saint-Germain forward's signature.

Mbappe is due to be out of contract with PSG next month and revealed last week he is close to making a decision over his future.

Madrid are the strong favourites to sign the France international, while a number of other clubs – Liverpool among them – have also been linked in the past.

According to reports from Spain this week, Liverpool made a late attempt to persuade Mbappe to make the switch to Anfield, rather than the Santiago Bernabeu.

But while Klopp is a fan of Mbappe, he insists Liverpool have no intention of attempting to sign the 23-year-old in the next window.

"Of course we're interested in Kylian. We're not blind," he said ahead of Tuesday's crucial Premier League clash with Southampton.

"I have nothing to say about [the reported contact] between Kylian and Liverpool... it's all fine.

"We like him and if you don’t like him then you have to question yourself. But we cannot be part of these battles; there must be other clubs. He's still a great player." 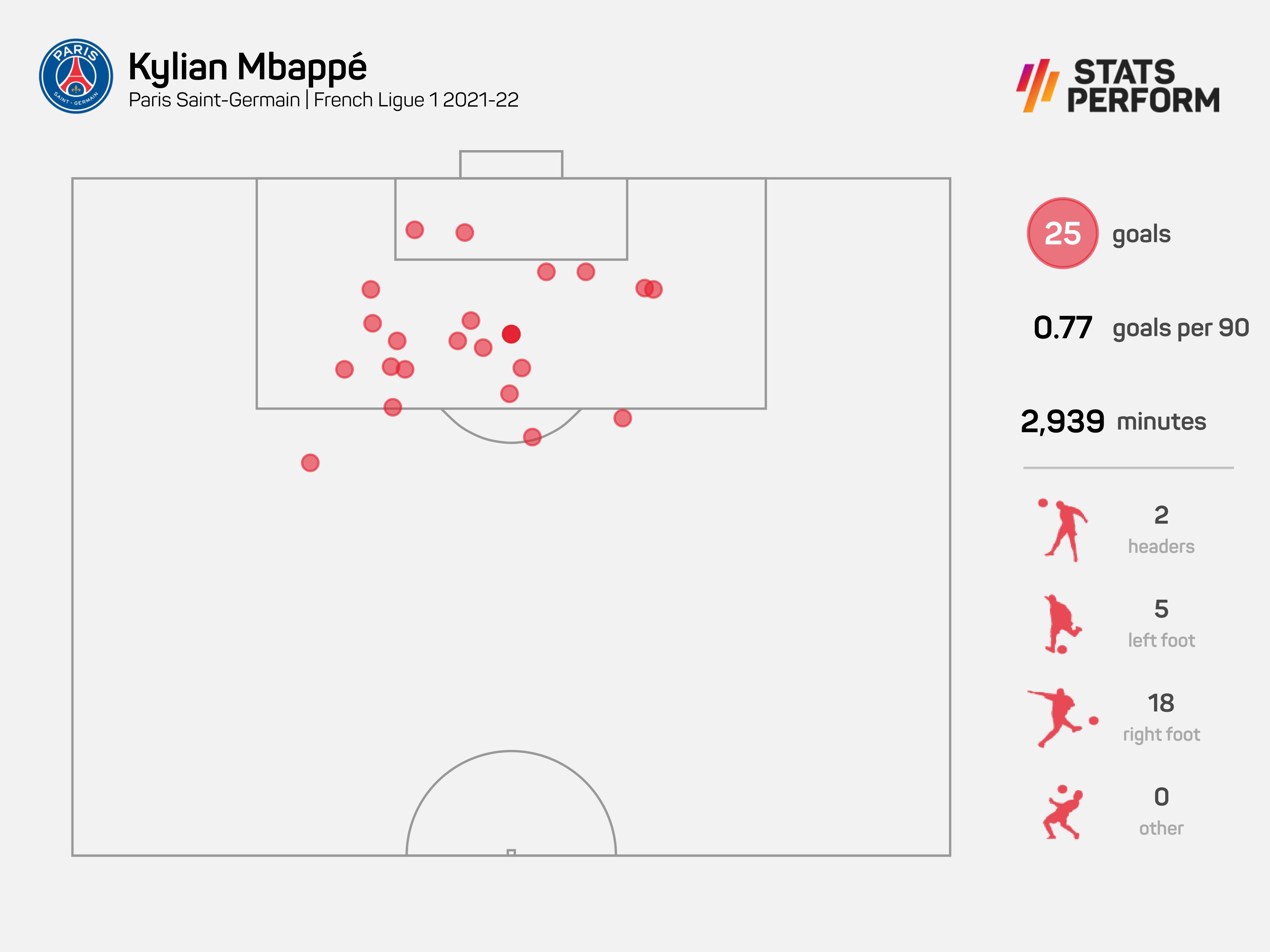 Mbappe has scored 36 goals and provided 21 assists for PSG this season, firing the Parisians to the 10th Ligue 1 title in the club's history.

His total of 57 goal contributions this season can only be bettered by international team-mate Karim Benzema (59) among players in the top-five European leagues this season.

He has been involved in 245 goals in all competitions since his PSG debut in September 2017, which is at least 98 more than any other player for the club over that period.