Harry Kane is fully focused on the match with Aston Villa despite huge speculation over his Tottenham future, says Ryan Mason.

Reports this week suggested Spurs were left reeling by England captain Kane expressing a desire to leave his boyhood club at the end of the season.

Chelsea, Manchester City and Manchester United have all been linked with a move for the prolific striker, who has 22 goals and 13 assists in 33 top-flight games this season.

Mason insists Kane is feeling good and is excited about the home match with Villa, though he could not provide clarity on his close friend's transfer decision.

Asked if Kane had indeed asked to leave, Mason said: "No, not that I'm aware of.

"All this speculation - I'm not sure. All of my conversations I've had with H have been about the game the other day [against Wolves] and also preparing for the game tomorrow. So no - I don't know." 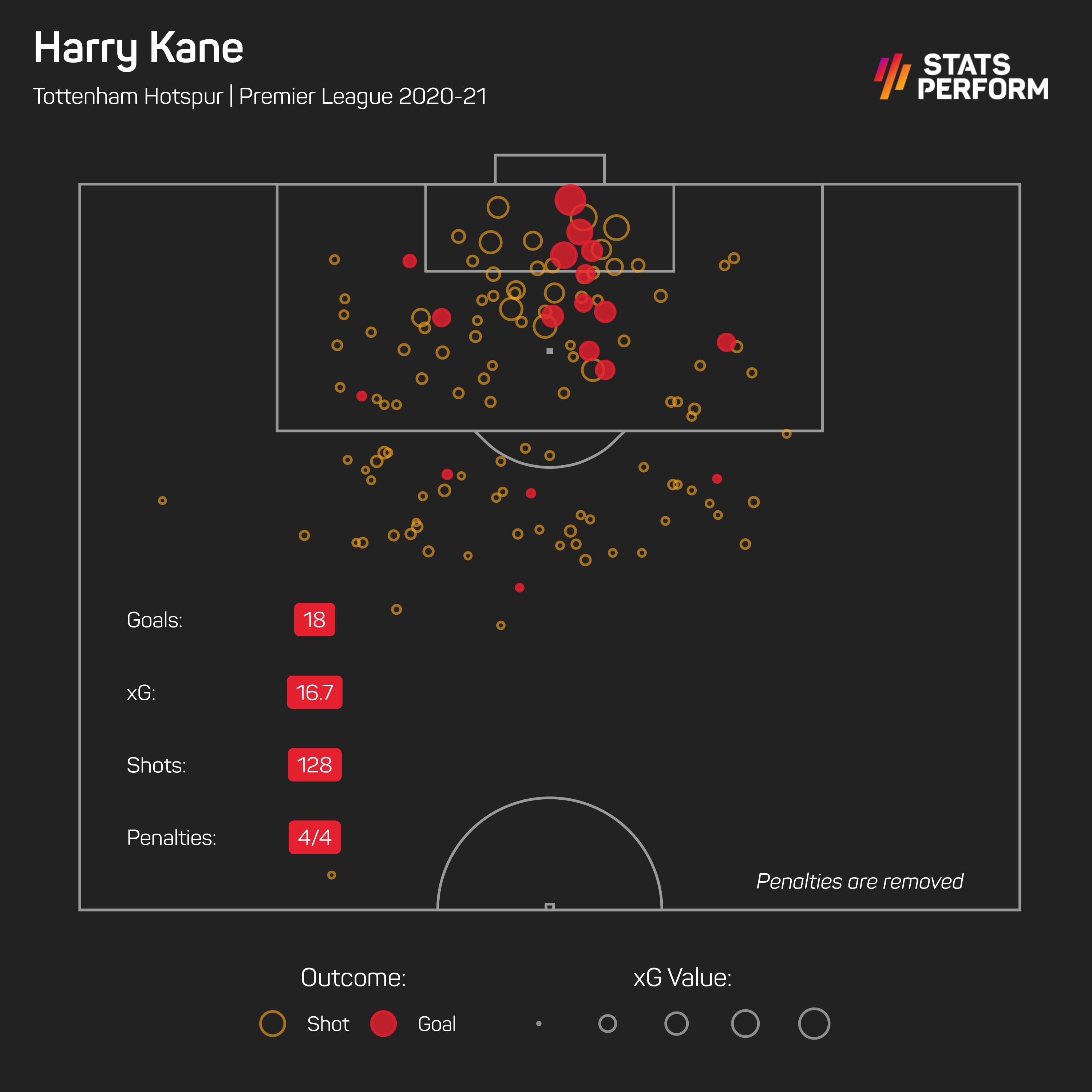 Spurs are sixth in the table and Mason does not think there is any awkwardness regarding Kane, instead focusing on the return of supporters to the ground.

Interim Spurs boss Mason added: "I speak to Harry pretty much every day - before I got this job it was the same.

"I have asked him how he is feeling. He feels fine. Looking forward to tomorrow. He's going to be 100 per cent committed. I'm looking forward to seeing him play, in our beautiful stadium, in front of our fans. So we're excited.

"He's excited along with me about the game. Our only discussions have been about that, we are looking forward to it.

"No, I don't think anything is awkward. There's always speculation around the best players.

"There's been speculation in the last three or four weeks about the new manager coming in, all these question marks which is normal when you're at a big club.

"Our focus – and I've said it all along – is on the next game. My mind hasn't deviated from that, I'm sure Harry's hasn't.

"I'm sure in the rest of the group, every individual, their minds haven't deviated from that."

165 - Harry Kane has scored 165 goals in 243 Premier League appearances but has never won the competition; he is the top scoring player never to have won the title. Reasons. pic.twitter.com/RGrCIXwcH1

Mason did not agree with a question suggesting the Villa game could be a send-off for Kane.

He replied: "A send-off? No, we've got a game at the weekend as well [against Leicester City] so Harry is definitely going to be involved in them.

"Like I've said all along, I can't speak about next season, whether that's a manager or a player.

"What I do know is that the fans will get behind us. They're excited about the game, along with the players.

"I think [Kane] starts as he is our best striker and one of the best in the world.

"I've said all along, I am here for the next two games and that's my main focus. Hopefully we can win with Harry up front.

"No, there's no sadness [about the Kane situation]. I'm happy because we have our fans back in our stadium. I'm looking forward to it. The fans will make a big difference. The focus is: can we get three points tomorrow? We have to respect Villa."

Kane was impressive in the 2-0 weekend win over Wolves and will now set his sights on another team from the midlands.

"I think what we've seen with Harry this season, and all players, is that they're committed," Mason said. "The weekend was an exceptional performance – best he's been in the last five games. So I'm sure this will be no different.

"The fans will love seeing him play. He's been at the club since a young age. Fans are excited to be there."

Scotland earned an impressive point against England at Wembley, with Billy Gilmour shining in his first international start.

Rumour Has It: Tottenham's Kane willing to move abroad amid PSG links

Harry Kane could reunite with ex-Tottenham manager Mauricio Pochettino in Paris, according to a report.

Rumour Has It: Inter's Hakimi 'verbally agrees' to Chelsea move over PSG

Chelsea and Paris Saint-Germain have both pursued Achraf Hakimi, who has reportedly "verbally agreed" to join the Blues.

Rumour Has It: Sergio Ramos eyes big-money club for next stop, Bernardo Silva could leave for LaLiga

Chelsea Premier League fixtures in full: Palace first up for Tuchel before Arsenal and Liverpool

Chelsea sealed Champions League success in Porto and anticipation is high ahead of Thomas Tuchel's first full season at the helm.

Champions Manchester City are away to Tottenham on the Premier League's opening weekend. Man Utd host Leeds and Arsenal are at Brentford.

Chelsea have reportedly made a breakthrough to sign Erling Haaland.

Alejandro Camano represents both Achraf Hakimi and Lautaro Martinez and believes the former is currently headed for an Inter exit.

New Zealand took charge of the World Test Championship final, with Kyle Jamieson leading the way by taking 5-31 to dismiss India for 217.

UEFA has confirmed Germany's Manuel Neuer will face no punishment for his show of support to the LGBTQ community at Euro 2020.

Verratti makes a dazzling case as Mancini's Italy march on

Italy's superb form at Euro 2020 means Marco Verratti may not win a starting berth in the knockout stages but he was wonderful versus Wales.

Paraguay face a tougher task against Argentina than in their one-sided opener, but they have the edge in the sides' recent encounters.

Red Bull secured a superb strategic win for Max Verstappen at the French Grand Prix, but Mercedes felt helpless due to tyre trouble.

After sitting out a game due to suspension, Marko Arnautovic's return boosts Austria's hopes of finishing behind the Netherlands.

Liudmila Samsonova capped a breakthrough week on the WTA Tour with a victory over Belinda Bencic in the bett1open final on Sunday.